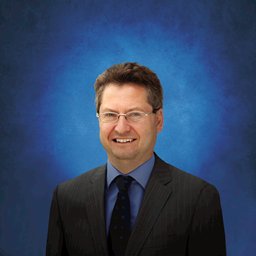 The recent elections in Germany loomed large in many investors’ minds, as the future direction of the European Union’s continuing efforts to recover from a regional banking and sovereign debt crisis seemed to hinge on German Chancellor Angela Merkel’s chances of winning her re-election bid. In a nod to her handling of Europe’s financial crises, Merkel’s win on September 22 removed at least one layer of uncertainty. Uwe Zoellner, portfolio manager and head of Pan-European Equity at Franklin Equity Group, provides his post-election perspective.

A big unknown factor that dominated the run-up to the German elections was the level of opposition among German voters to the continued bail-outs of Greece and other troubled economies in the Eurozone. Given that Germany has recently been the strongest growing economy in Europe, there has been a real fear among German taxpayers that they would have to pick up the bill for the Eurozone’s recovery. While not all voters agreed on the way forward, the election at least seemed to offer a rubber stamp to the pro-Eurozone movement.

“If I look at the EU and all the problems that it has had in the last few years, one good piece of news has always been that the politicians in Germany, for the most part, have all agreed that the Eurozone is important to Germany, and that they need to do everything to keep the Eurozone alive and afloat. That hasn’t changed with the recent election outcome.”

Chancellor Merkel, as the leading European power broker, has an unspoken responsibility for the direction of Eurozone policy at a particularly difficult moment in its history. But she also had to recognize that the Eurozone policy was indirectly responsible for the new phenomenon of euroscepticism among German voters, which resulted in the launch of a eurosceptic party, the ‘Alternative for Germany’.

On election day, Merkel won a convincing victory, laying to rest fears that she would have to take Germany down a more eurosceptic route. However, she did not quite secure an absolute majority in parliament, which means she has had to start negotiating with the leaders of the main opposition party, the Social Democrats, to form a governing coalition going forward.

But that is not such bad news, says Zoellner, as it should safeguard Germany’s continuing efforts to help rebuild the Eurozone.

“The long-term message is that we should see a continuation of the slow but steady efforts to work through problems, reduce debt and improve the structural situation in peripheral Europe. Some people might be nervous about the fact that there is a new political party called ‘Alternative for Germany,’ which is very much against the euro and all the Eurozone rescue activity taken by the government. At first glance, they got quite a lot of votes, but, to put it into perspective, they captured just 5% of the total voting population. Given how controversial the topic is, I think from a market perspective, it is positive to see that only 5% of Germans have voted for a party that was basically anti-euro.”

The outcome of the election will not change much either for Germany or for the European Union, says Zoellner. Nor will it affect his investment strategy.

“We don’t see any reason at all to change anything in our investment approach. To begin with, we are bottom-up investors and are more concerned about long-term fundamental factors and the valuation of the individual companies we own than with broader macroeconomic factors in the region as a whole. It is very much about the quality and competitive strength of the individual companies. And it’s about being very careful when it comes to stock-picking, particularly with regard to expensive stocks that have been everybody’s darling for the last five or so years.”

Politics and macro considerations do not feature much in Zoellner’s thinking. In contrast to the prevailing mood of scepticism in Europe and the tendency to over-react to news, he is more positive about the future prospects of the Eurozone. Where many others fear to tread, he sees investment opportunities.

“At the moment in Europe, we still see a lot of scepticism, if not pessimism, about the way forward. We strongly believe in mean reversions, that the situation will improve over time. People do not watch problems without taking action. We are more interested in looking at parts of the markets that everybody has avoided, such as Southern Europe. That doesn’t mean we buy the market in Italy or Spain blindly – we still stick to our stock-picking discipline. But it does mean we tend to focus more of our search activity on areas of the market that have been unpopular for quite some time.

There are still some notable pockets where there is some political resistance to change, such as in Italy and France. Yet, in general, we see good reason to be optimistic that reform efforts overall are likely to boost corporate profitability and potentially lead to gains in European equity markets. The improving economic growth numbers, plus other factors, lead us to believe that the investment case for Europe is better than many investors think.”

If the political scene is relatively unchanged after the German election, so are the structural problems facing the Eurozone economies. A number of issues need to be addressed, says Zoellner.

“We believe the biggest issue for Europe is regaining its competitiveness. What we need right now is for the politics to improve the competitiveness of Southern Europe. In the past 10 years, we saw countries in Northern Europe working hard to improve their competitiveness, to deregulate labor markets and to bring down unit labor costs. These Northern countries have been under competitive pressure for a long time – they were high wage regions, and they had to adapt to a new, more challenging global economy.

“In the economies in Southern Europe, there generally didn’t seem to be the pressure to become more globally competitive. That has changed now, and everyone in Spain, Italy and Portugal seems to understand the need to become more competitive in a global world. They had to bring down labor costs and deregulate. That is now starting to happen, and we are seeing the initial benefits already. I think the important thing for Europe now is that they continue on that path in the coming years.”

All investments involve risk, including possible loss of principal. The value of investments can go down as well as up, and investors may not get back the full amount invested. Stock prices fluctuate, sometimes rapidly and dramatically, due to factors affecting individual companies, particular industries or sectors, or general market conditions. Special risks are associated with foreign investing, including currency fluctuations, economic instability, and political developments. Investments in developing markets involve heightened risks related to the same factors, in addition to those associated with their relatively small size and lesser liquidity. Current political uncertainty surrounding the European Union (EU) and its membership may increase market volatility. The financial instability of some countries in the EU, including Greece, Italy and Spain, together with the risk of that impacting other more stable countries may increase the economic risk of investing in companies in Europe.