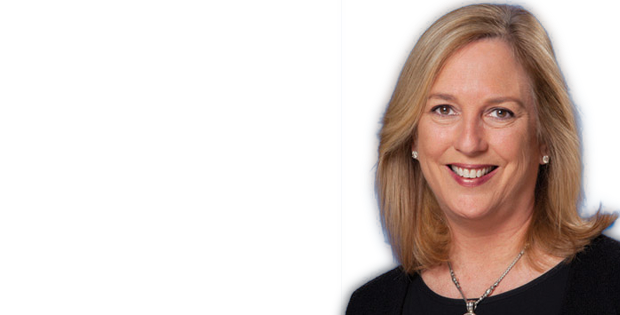 Selloffs can be sudden and scary, especially when they seem to come from out of the blue. Such has been the case with the bout of volatility in global equity markets that followed Argentina’s surprise devaluation of its currency, combined with longer-term investor worries about China’s growth and the impact of a shift in US monetary policy.

Cindy Sweeting, director of portfolio management, Templeton Global Equity Group, has a keen eye on these and other global macroeconomic events, but she and her team remain focused on uncovering individual equity opportunities no matter what the market cycle. She believes a selective approach to investing in emerging markets in particular will be crucial in the year ahead.

It is clear that the emerging markets had a generally rough time in 2013, and that bearish mood continued into the first month of 2014. The underperformance of emerging market equities versus those in the developed world last year was actually the worst since the Asian Financial Crisis in 1998.1

In our view, the main issues affecting emerging markets are three-fold:

Of these, probably the most attention has been focused on the uncertainties surrounding Fed policy, but in our view, local risks in individual markets could be just as important.

The relatively good news is that the emerging markets don’t appear to be getting hit indiscriminately at this stage. Those faring the worst have had a higher dependency on foreign financing, and within this most vulnerable group, those with large current account deficits are bearing the brunt of recent selling pressure.

As such, we see a fair degree of divergence in performance. Some economies are more vulnerable than others. In our view, the recent underperformance of emerging market equities probably reflects mainly a growing realization that the slowdown in the largest emerging economies—China, Brazil and India—is as much structural as it is cyclical.

A number of emerging markets are looking pretty attractive to us right now versus their 10-year averages. However, we think absolute price-to-earnings ratios (PEs) are not as attractive. It is important to remember that many of the tailwinds of the last decade, including very strong earnings and economic growth, have receded, and headwinds are rising. So while PEs may seem low, earnings in general are still near peak levels and forward estimates may be too high, per our estimates.

Our analysis is indicating that, in general, emerging markets are not excessively undervalued, so bottom-up analysis when it comes to individual stock selection is critical. For example, South Korea has been a good hunting ground for us in terms of unearthing bargains at the stock level. South Korea’s export competitiveness was undercut by yen weakness in 2013, but reduced competition between Korean and Japanese exports since 2008 has been an offset. We’ve seen a number of South Korean companies overshadow their Asian peers, including those in Japan. For example, South Korean auto firms are more sensitive to currency fluctuations, but they have made strides and now produce significant output overseas. They also target different buyers from Japanese auto makers. South Korean car exports were at a monthly record high in the fourth quarter of 2013, with the US and China being the primary major end-markets.2

To its credit, South Korea appears to be focusing on structural economic initiatives rather than trying to weaken its currency to gain a competitive edge. It initiated some deregulation, outlined more financial support for small- and medium-sized enterprises and start-ups, is looking to expand the service sector to rebalance domestic growth, and is working to cultivate new innovations instead of coddling large conglomerates.

Thus far, South Korea’s economy has responded well to won strength, and its exporters have been increasing efficiencies and cutting costs. So, South Korea is currently an area of interest for us. More generally, if further pronounced weakness occurs across emerging markets generally, we will be on the hunt for opportunities in other places where we see a proliferation of potential bargains.

China is of course the wild card for emerging markets as well as for the global economy. For two decades, China’s economic growth has been turbocharged. Surging exports and intensive state-driven investment have lifted millions out of poverty and propelled China into the ranks of global economic superpowers. However, we believe the sustainability of China’s old development model is now at the crunch point.

In China, the more vibrant private sectors of the economy in small- and medium-sized enterprises have been typically starved of cash. The larger state-owned enterprises, as well as local governments, have meanwhile enjoyed easy access to loans, which they have often used to fund redundant projects offering low rates of return. We believe structural reforms are needed to sustain sufficient growth. But even then, most of the reform measures that the government has proposed will take time to have an effect. So the key determinant of China’s growth for this year, and the next several years, in our view, will be how aggressive policy makers will be in attempting to wean the economy off its reliance on credit and investment. We believe this transition is unlikely to happen smoothly, and the risk of a sharp slowdown cannot be discounted. But we think not dealing with credit excesses would be a long-duration and potentially even worse scenario.

Hoping for a ‘Long’ Landing in China

The fact that China has started to embrace reform is clearly good news. However, structural reforms are not easy to implement, and it will be very difficult for China to easily reduce investment as a share of economic activity. What we should hope for in China is not a soft landing versus a hard landing, but a long landing. In sum, we think China’s problems are large but not yet crippling. The good news for investors is that China’s leadership seems to recognize that a serious deleveraging is in order, in addition to structural reform and a shift toward a more market-based economy to more efficiently allocate capital. So the question is not really whether China will be transformed—in many ways, that transformation has begun. Our focus is on how that transformation plays out, what is destroyed and what emerges to replace it, and where we will find stock opportunities as China’s deleveraging unfolds.

All investments involve risk, including possible loss of principal. The value of investments can go down as well as up, and investors may not get back the full amount invested. Stock prices fluctuate, sometimes rapidly and dramatically, due to factors affecting individual companies, particular industries or sectors, or general market conditions. Special risks are associated with foreign investing, including currency fluctuations, economic instability and political developments. Investments in developing markets involve heightened risks related to the same factors, in addition to those associated with their relative size and lesser liquidity.

1. Sources: © 2014 FactSet Research Systems Inc. All Rights Reserved. The information contained herein: (1) is proprietary to FactSet Research Systems Inc. and/or its content providers; (2) may not be copied or distributed; and (3) is not warranted to be accurate, complete or timely. Neither FactSet Research Systems Inc. nor its content providers are responsible for any damages or losses arising from any use of this information. © 2014 Morgan Stanley Capital Index (MSCI). MSCI Emerging Markets Index, MSCI All-Country World Index. MSCI makes no express or implied warranties or representations and shall have no liability whatsoever with respect to any MSCI data contained herein. The MSCI data may not be further redistributed or used as a basis for other indices or any securities or financial products. This report is not approved, reviewed or produced by MSCI. Indexes are unmanaged, and one cannot invest directly in an index. Past performance is no guarantee of future results.