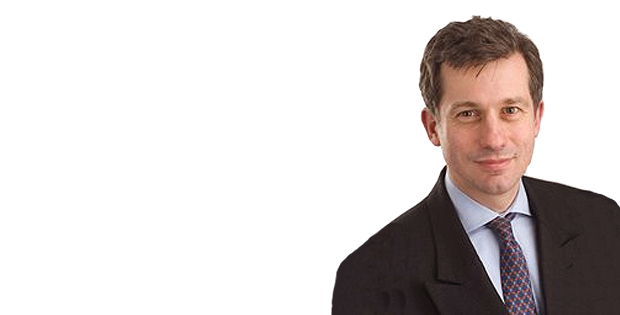 After a year when sovereign debt markets produced widely varied performance globally and even greater divergence within Europe, fixed income investors have much to ponder in 2014. Franklin Templeton International Bond Group Senior Vice President and Portfolio Manager John Beck believes that a modest upturn in global growth, accompanied by gradually diverging interest-rate policies and currency prospects across regions, offer a way forward for discerning fixed income investors. Above all, he believes the year ahead will be a period where the potential benefits of global diversification could make all the difference.

In 2013, the sovereign debt markets of the US, Germany and the UK ended with low single-digit declines in local currency terms, while the initiation of the Bank of Japan’s bond-purchasing program is generally considered to have helped Japanese government bonds (JGBs) finish the year with small gains.1

In US-dollar terms, German Bunds were in positive territory for the year due to the strength of the euro, while JGBs went in the opposite direction, registering double-digit declines due to the weakness of the Japanese yen at the start and end of the year. But regardless of currency, the standout returns among developed markets were those from peripheral eurozone members like Italy and Spain, both of whose bond markets delivered double digit returns in US-dollar terms, and in the case of Spain in euro terms as well. 2

So how might the outcome in 2014 differ? Potentially, not much, in our view. Though some advanced economies have been showing signs of improved growth, their individual growth and debt fundamentals have remained relatively unchanged for some time. The latest projections by the International Monetary Fund (IMF) envisage the debt-to-gross domestic product ratio in the US staying above 100% until at least 2016, though admittedly the figures for the US look paltry when compared with Japan at over 200%.3

Germany’s level of indebtedness may appear healthier, but we believe it disguises the risk that the country may shoulder part of the burden of more indebted eurozone members. This could play out negatively for German bonds this year if permission is ultimately granted for the European Central Bank (ECB) to conduct Outright Monetary Transactions because it would allow the ECB to buy the sovereign debt of individual eurozone member states. The German constitutional court recently ruled that such a plan violates European Union treaty law and exceeds the ECB’s mandate.

As the global growth outlook has become more positive, we believe the eurozone is likely to remain a laggard. But in the absence of a catastrophic scenario involving a break-up of the monetary union—a fear that the ECB has done much to allay—a low-to-zero growth environment in much of the region could prove helpful to investors. Investors will need to monitor the efficacy of ECB policies aimed at minimizing the chances of regional deflation. But the absence of inflationary pressure in the so-called “core” eurozone countries potentially provides a positive scenario for bonds, in our view, particularly in countries beyond the core members that offer positive real yields.

In our view, interest rates in the eurozone appear set to lag US rates for some time, which should help support European bonds. The fiscal drag, or restraint on US consumer spending that can result from lower government spending or progressive taxation, appears to have peaked in 2013. So, while US short-term rates could stay low for an extended period, we believe the US yield curve seems likely to steepen further as investors price in expectations for stronger economic growth.

The Need for a Discerning Fixed Income Approach

Any further moves by the US Federal Reserve (Fed) will likely remain dependent on economic data, and as we see it, the Fed seems keen to clarify its intentions as much as possible to help reduce market volatility. In Japan, the durability of the measures introduced to stimulate the country’s economy is set to be tested by an increase in sales tax due early in 2014. The first steps have been taken to overcome deflation, but lasting success in this area, in our view, remains the key measure of success for policymakers. We believe a policy mix in Japan that is geared toward increasing liquidity and inflation appears likely to be accompanied by currency weakness, which would presumably be welcomed as an additional reflationary driver for the economy.

Emerging fixed income markets were generally seen as being at the mercy of Fed policies for much of 2013, and their returns reflected such concerns among investors. However, to us, this depiction of a group of broadly similar countries is outdated and underlines the need for a more discerning approach. Some countries undoubtedly have structural weaknesses, whether oversized current account deficits or market rigidities that require a quicker pace of reforms, but many others retain positive growth and debt fundamentals compared with the US, the eurozone and Japan, and our outlook on those economies continues to be positive. Furthermore, we do not believe that a significant and rapid increase in US rates, such as occurred in 1994 with such damaging effects on capital flows for many emerging markets, is likely in the current environment or in the near future.

In summary, our base scenario for 2014 remains unchanged: a continued steady, if unspectacular, expansion of the global economy. Against this backdrop, we believe the current environment warrants the maintenance of an overall defensive duration stance, with a preference for select opportunities in emerging-market and corporate debt, for which credit fundamentals appear better than for so-called “risk-free” assets. Of particular note, we also stress the need to diversify country exposures where possible.

John Beck’s comments, opinions and analyses are for informational purposes only and should not be considered individual investment advice or recommendations to invest in any security or to adopt any investment strategy. Because market and economic conditions are subject to rapid change, comments, opinions and analyses are rendered as of the date of the posting and may change without notice. The material is not intended as a complete analysis of every material fact regarding any country, region, market, industry, investment or strategy.

All investments involve risks, including possible loss of principal. The value of investments can go down as well as up, and investors may not get back the full amount invested. Diversification does not guarantee profit or protect against risk of loss. Bond prices generally move in the opposite direction of interest rates. When interest rates rise, bond prices fall, and the converse is true. Special risks are associated with foreign investing, including currency rate fluctuations, economic instability and political developments. Investments in developing markets involve heightened risks related to the same factors, in addition to those associated with their relatively small size and lesser liquidity. Changes in the financial strength of a bond issuer or in a bond’s credit rating may affect its value. Derivatives, including currency management strategies, involve costs and can create economic leverage in a portfolio which may result in significant volatility and cause losses (as well as enable gains) on an amount that exceeds one’s initial investment. Currency rates may fluctuate significantly over short periods of time, and can reduce returns.

1. Declines and gains based on calendar year 2013 total returns in local currency for the Citigroup U.K., U.S., Japan, and Germany Government Bond indices. Source: © Citigroup Index LLC 2014. All rights reserved. Past performance is no guarantee of future results. Indexes are unmanaged and one cannot directly invest in an index.

2. Declines and gains based on calendar year 2013 total returns in local currency for the Citigroup Italy and Spain Government Bond indices. Source: © Citigroup Index LLC 2014. All rights reserved. Past performance is no guarantee of future results. Indexes are unmanaged and one cannot directly invest in an index.