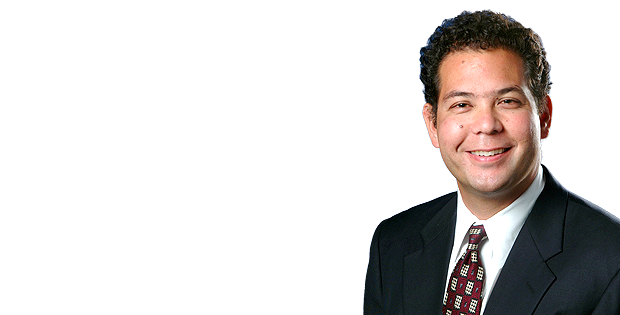 A wave of exciting new developments in the biotech and pharmaceutical industries caught the attention of investors in 2013, boosting many stocks to new heights and inspiring new listings. Evan McCulloch, vice president and portfolio manager/research analyst, Franklin Equity Group®, has his eye on products in the health care, biotechnology and pharmaceutical sectors, and is equally excited about the innovations—and future growth potential—for the companies he covers in these areas. The question for many investors is whether the recent boom is justified or whether it’s a speculative bubble ready to burst. In his view, it’s certainly not time to bail on biotech.

McCulloch and his team actively follow more than 200 companies globally in search of potential opportunities. With his office sandwiched between innovation hubs in San Francisco and Silicon Valley in California, he and his team are also able to have a first-hand look at many of these cutting-edge companies. He shares his thoughts on some of the developments in biotech and pharmaceuticals he’s got his eye on right now.

Currently, there are many exciting products in the pharmaceutical and biotech space producing clinical data that show a meaningful change for patients. Last year, we saw drug launches representing major advancements in the treatment of multiple sclerosis, hepatitis C and leukemia.

Also last year, we saw important clinical data come out on compounds for prostate cancer, pancreatic cancer, pulmonary fibrosis and other blood cancers, which may provide the next wave of potential product launches both this year and next. And again, we believe each of those products represents meaningful advancements over the older treatments that are currently available.

Beyond that, what’s happening in the industry’s earlier-stage pipeline is also quite exciting, particularly in regard to a number of drug discovery technologies that are opening up new avenues of treatment for  diseases  that were previously not addressable with more traditional drug approaches. These include RNA interference and gene therapy, which more directly address the genetic defects associated with those diseases and correct them. We have a close eye on these technologies and the compounds coming out of them that are in early development.

In the treatment of hepatitis C, the launch of a new drug last year represented an important advancement over the previous standard of care, which involved about a year of injections, caused flu-like side effects and could cure only about half the patients of this disease. The new treatment does away with those toxic injections. It’s an oral drug that’s combined with other oral drugs, and it’s taken only for 12 weeks. And in future generations of that regimen, it could be shortened further. So we”re seeing an opportunity to possibly shorten the regimen, but also to potentially double the cure rates.

We don’t believe we are seeing a biotech bubble right now, for a number of reasons. We look at valuations over a long period of time. In terms of the large-cap stocks, the price-earnings (P/E) multiples have expanded to currently about 20 times from about 10 times at their trough roughly two and a half years ago.1 The current levels are in line with the historical average for those stocks over the last 10 to 15 years, but that’s also in line with growth rates.2 The largest companies are experiencing major new product cycles right now, and that’s caused acceleration in their growth rates. Our models are supportive of the multiples of where they”re trading right now.

We think the bottom line in terms of why the biotech rally has occurred is improving fundamentals. There”s been a renaissance in research and development (R&D) productivity. We”ve seen a number of new products generate positive clinical data, and not just the ones mentioned here; we”re seeing a number of mid-stage and early-stage pipeline products that look very promising as well. And, we think there is a good regulatory environment right now for drug companies in terms of gaining drug approvals.

Additionally, many of the recent drug launches have demonstrated that when you launch a good drug into the market, despite all the reimbursement pressures from pharmacy benefit managers and managed care organizations, it will sell. We’ve seen that with a number of drugs, including those targeting multiple sclerosis and prostate cancer.

On the casino small-cap side, which has not participated in the rally as much as the large caps, we”re still seeing a lot of value. They tend to be riskier companies, as they typically have most of their value housed in one or two developmental-stage programs. Nonetheless, some of these earlier-stage drug discovery technologies that have players in the small-cap space are quite compelling to us. RNA interference (“RNAi”) is a way of turning genes “on” and “off”: turning genes “on” to produce a protein that is otherwise lacking, or turning a gene “off” to halt production of a disease-causing protein. This technology is opening up a range of diseases that were previously not treatable to new-drug approaches. A lot of these are what we’d call “orphan diseases” with small patient populations—typically less than 200,000 people. But because the market still supports premium pricing for treating diseases of small numbers, we are finding there are still reasonable commercial opportunities. In the near term, the impact of the Affordable Care Act is likely to result in the expansion of health care coverage, which could provide a very small boost to overall drug utilization. In our estimation, when we look at the number of patients who are likely to gain insurance and are likely to start taking pharmaceutical drugs, and divide it by the number of years it’s likely to take to implement that, we would estimate it’s about a 1% boost to the overall drug market each year. It’s a pretty small impact.

What’s more important to us are the long-term implications. As the Medicaid program expands and as health care costs continue to rise, there is likely to be an increased need to amplify efforts on cost containment. As we make investment decisions, we have to be cognizant of the fact that there is likely to be continued pressure on drug prices and drug utilization. We believe the drugs least likely to see reimbursement pressure are the ones free of competition. So we have a mantra: “First in class, best in class, only in class.” And then, the drugs should address a significant unmet medical need and have a demonstrated clinical value. Those are drugs that we believe will survive any reimbursement environment, no matter how intense the pressures become.

Beyond the issues in the US market, which is fairly well penetrated today, in our view, Europe is rising in importance for the biotechnology sector. Companies are having the opportunity to build a marketing infrastructure in Europe and launch their own drugs rather than partnering with one of the larger pharmaceutical companies, which is what they were doing in the last decade. The next move, we think, will be into the emerging markets, although they are a challenge. There”s still not as much spent per-capita on health care in emerging markets as there is in developed markets, and health care systems need to be developed in many cases. But we are always looking for companies globally to invest in.

Evan McCulloch’s comments, opinions and analyses are for informational purposes only and should not be considered individual investment advice or recommendations to invest in any security or to adopt any investment strategy. Because market and economic conditions are subject to rapid change, comments, opinions and analyses are rendered as of the date of the posting and may change without notice. The material is not intended as a complete analysis of every material fact regarding any country, region, market, industry, investment or strategy.

All investments involve risks, including possible loss of principal. The value of investments can go down as well as up, and investors may not get back the full amount invested. The biotech/pharmaceutical sector involves risks such as patent considerations, product liability, government regulatory requirements, and regulatory approval for new drugs and medical products. Biotechnology companies often are small and/or relatively new. Smaller companies can be particularly sensitive to changes in economic conditions and have less certain growth prospects than larger, more established companies and can be volatile, especially over the short term. Invest in foreign companies involves special risks, including currency fluctuations and political uncertainty.  Investments in emerging markets involve heightened risks related to the same factors.