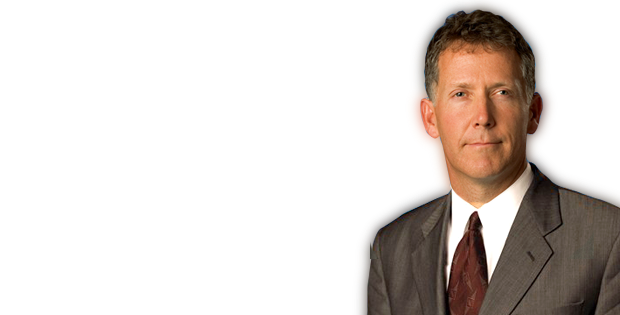 When the US Federal Reserve (Fed) began tapering early this year, the general assumption was that investors would flee en masse from fixed income investments. Certainly, there has been some volatility in Treasury yields, most recently after Fed Chair Janet Yellen suggested interest rates could start to rise around six months after tapering ends – which would be somewhat sooner than many were expecting. As Franklin Templeton Fixed Income Group Chief Investment Officer Christopher Molumphy sees it, the combination of a gradually improving US economy and low inflation continues to point to a period of steady US interest rates for the year ahead and beyond. In the meantime, he suggests we keep a close eye on labor markets for clues as to when monetary policy—and bond yields—may shift into higher gear.

We recently gained some new insight into the Fed’s thinking at the March policy meeting. The Fed formally maintained an accommodative stance, and continued on its taper trend. We would assume that unless something changes dramatically in the economic outlook, the Fed will likely continue its gradual tapering, and be out of the purchasing of securities altogether roughly in November-December of this year. It was interesting that Fed Chair Yellen alluded to a period of some six months as a potential timeframe after the Fed’s asset purchasing program ends to start increasing rates. That equates to a possible tightening in mid-2015, and the markets have responded to that.

We wouldn’t anticipate a dramatic reaction from the US economy to higher rates, particularly if they come gradually, which is what we’d expect. We didn’t have a significantly positive impact to the economy when rates started to be lowered in 2008-2009, and we wouldn’t necessarily anticipate a significantly negative reaction if rates begin to rise. The Fed has made it clear it would not likely raise short-term rates in the near-future, and when we look at longer-term rates, they are based primary on inflation, which we—and the Fed—see as fairly benign.

It’s important to remember that the United States is now well into recovery from the depths of financial crisis. Looking back over the past 10 economic cycles, the average duration of a recovery period has been slightly under five years1. We need to keep in the back of our minds that growth cycles don’t last forever.

It’s also important to consider that during the first four years of the US recovery, GDP growth was pretty anemic, averaging just over 2%.2 In our view, that’s probably about half the rate of growth the United States should have seen coming out of what was a pretty severe recession in 2009.

Our current, basic assumption or “base case scenario” for US economic growth is for a bit of improvement over the sluggish levels seen at the start of the recovery, but probably not quite up to what had been a longer-term trend growth of about 3%.3 That would put GDP growth somewhere between 2.5% and 3%, which we think should provide a pretty good backdrop for financial assets.

Labor markets are central to how the US economy and policy evolve. Employment is a key driver of consumer behavior, particularly consumer spending, which represents about 70% of the US economy. Labor market inflation is also a driver of inflation generally in the United States. However, at this time, we think labor inflation remains fairly benign because there’s still a lot of slack. Finally, labor drives the Fed, which ultimately sets short-term interest-rate policy.

According to the US Department of Labor’s employment report (released March 7), 175,000 new nonfarm payroll jobs were created in February, 4 which was a little higher than general market expectations, although about the level of job creation that we’ve seen for the past two years. Of the total, about 125,000 new jobs per month have been required just to keep up with population growth. So nonfarm payroll gains above 125,000 are what really have helped out the labor situation.

One reason you might not see the unemployment rate track or mirror the payroll figures is because the percentage of the US adult population that is participating in the labor force has been at all-time lows.5 Generally at this point in a recovery cycle, we’d see people coming back into the labor force in greater numbers. We haven’t seen that yet, but think it could happen in the second half of 2014 and beyond. This should slightly slow the decline in the rate of unemployment, and as such, we expect to see continued gradual improvement in the labor market.

Historically inflation has been a primary driver of longer-term interest rates. We see the benign inflation trend of the last several years continuing. Monthly US Consumer Price Index (CPI) data continue to show inflation running somewhere around 1.1%.6 We don’t see that changing a lot because of the factors mentioned in regard to the labor market, where’s there’s still a lot of slack.

Our expectation is that long-term rates, represented by the 10-year Treasury note, should gradually move higher in 2014. However, we don’t think there will be a significant upshift, one reason being the lack of inflation.

How do we manage our fixed income investments in an environment where US rates are gradually rising and the economy is gradually improving? We believe the ability to think and act globally, including the ability to invest in markets outside the United States that have different interest-rate dynamics, potentially higher growth, and in many cases less government indebtedness, is particularly important for fixed income investors today. Given the emerging-market debt dislocation we have seen this year, we see a number of situations where the fundamentals don’t justify the widespread selloff we have seen. One could say the baby may have been thrown out with the bathwater when it comes to emerging markets. These periods of heightened volatility offer an opportune time for the Franklin Templeton Fixed Income Group to uncover selective opportunities which we feel hold good potential, especially in emerging and frontier markets. We look at a number of regions to invest, but we continue to find good opportunities in Asia ex-Japan as well as Eastern Europe in particular.

For more comments from Christopher Molumphy on the March Federal Open Market Committee Meeting, view the short video below.


Christopher Molumphy’s comments, opinions and analyses are for informational purposes only and should not be considered individual investment advice or recommendations to invest in any security or to adopt any investment strategy. Because market and economic conditions are subject to rapid change, comments, opinions and analyses are rendered as of the date of the posting and may change without notice. The material is not intended as a complete analysis of every material fact regarding any country, region, market, industry, investment or strategy.

All investments involve risks, including possible loss of principal. The value of investments can go down as well as up, and investors may not get back the full amount invested. Bond prices generally move in the opposite direction of interest rates. When interest rates rise, bond prices fall, and the converse is true. Changes in the financial strength of a bond issuer or in a bond’s credit rating may affect its value. Floating-rate loans and debt securities tend to be rated below investment grade. Investing in higher-yielding, lower-rated, floating-rate loans and debt securities involves greater risk of default, which could result in loss of principal. Investments in foreign securities involve special risks including currency fluctuations, economic instability and political developments. Investments in emerging markets, of which frontier markets are a subset, involve heightened risks related to the same factors, in addition to those associated with these markets’ smaller size, lesser liquidity and lack of established legal, political, business and social frameworks to support securities markets. Because these frameworks are typically even less developed in frontier markets, as well as various factors including the increased potential for extreme price volatility, illiquidity, trade barriers and exchange controls, the risks associated with emerging markets are magnified in frontier markets.

1. Source: © Organisation for Economic Cooperation and Development. All Rights reserved.

2. Source: US Bureau of Economic Analysis.

4. Source: US Bureau of Labor Statistics.