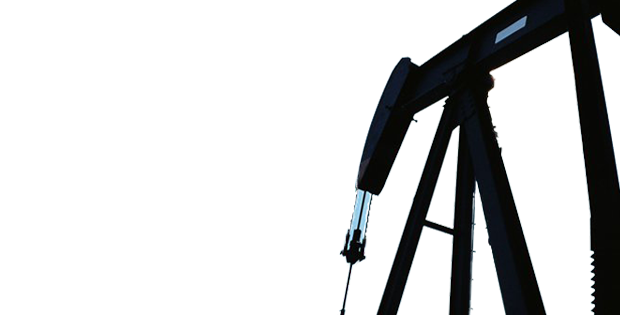 Oil and gas prices have experienced significant volatility since tensions between Russia and the West erupted early this year and have remained under pressure amid Russia’s escalating military buildup along its border with Ukraine. The geopolitical tensions in Eastern Europe have not only whipsawed energy stocks, they have added an additional layer of uncertainty to the commodity pricing that can be important to valuation metrics. Against this backdrop, Templeton Global Equity Group Portfolio Manager and Research Analyst Maarten Bloemen believes staying focused on individual company fundamentals, while being mindful of the shifting geopolitical, environmental and supply/demand conditions in which they operate, provides the most rational framework for looking at investments in the sector.

Maarten Bloemen Executive Vice President Portfolio Manager & Research Analyst Templeton Global Equity Group The energy business is one of the most diverse and global industries in which to operate. Because of this, it is prone to influences from the widest possible range of cross-border, domestic policy, environmental and market factors that one can imagine. As a result, energy is among the most complex sectors to try to analyse, and within the energy sector, oil stocks are particularly challenging, even with a sophisticated, dedicated team like the one we have at Templeton Global Equity Group. The price of oil is established globally with some regional variation and generally trades in line with GDP forecasts. But, its price also takes into account global energy supply and demand and, of course, geopolitics. At the regional level, there are a host of other significant factors that come into play. For example, the United States, which is seeing crude production rise after many years of declining output,1 currently has only an export capability for petroleum products such as gasoline and diesel, and not for crude. Similarly, there are specific technical issues relating to individual fields regardless of where drilling is done, such as geophysics—getting the oil out and transporting it—that affect pricing, and indeed the viability of a project. Environmental Compliance Costs on the Rise Compliance with environmental regulations is also a vital part of analysing the oil industry that cuts across regions and localities and, at the company level, we view it as representing nothing less than a company’s license to stay in business. When things go wrong, as happened spectacularly in the Gulf of Mexico a few years ago, all of the normal ways of doing business must be re-evaluated—typically, safety procedures are strengthened, regulatory scrutiny increases and standards tightened—all of which makes it more costly for companies to operate. Indeed, the less-than-stellar returns of oil companies generally in the last few years are due in part to rising costs, including those that are environmental-related as well as costs related to materials, services and labour, among other things. Natural gas, by contrast, is primarily a regional market that reflects a different set of variables. There’s no real interconnected flow of natural gas moving across regions as exists with oil, which can be transported more cheaply by ship and/or pipeline. As a result, prices can vary significantly in different markets, costing several dollars more per British thermal unit (BTU) in Europe and even more in Asia than in the US market at any given point in time. Changing Dynamics The global dynamics of both oil and gas are changing. Shale has become a source of natural gas in the United States and Canada after new techniques were developed to recover previously untapped gas from shale formations through hydraulic fracturing, better known as “fracking.” As a result, we have seen a material gas production increase from North America, and especially from the United States. But when the price of natural gas fell as a result of the higher domestic output, it became uneconomical for companies to drill for shale gas. So the same technology, which involves drilling into the ground and injecting a fluid mixture under high pressure, was used to recover oil from existing wells drilled in shale formations. Even so, I think the use of fracking technology is a game changer that potentially positions the United States to be a net energy exporter within the next few years. The possibility of broadening US natural gas exports has come up recently in the context of finding alternative energy resources to replace Russian exports to Europe in response to events in Ukraine, even though the potential for exporting liquid natural gas (LNG) from the United States is unlikely to occur before 2017 or 2018, in my view. Russia on the Hot Seat We cast a wide net to consider companies from all regions in our analysis of the sector. This, of course, includes Russia, currently the third-largest oil supplier in the world, as well as the supplier of about 30% of the European market for natural gas.2 The recent escalation in tensions between Russia and the rest of Europe and the United States has cast a new spotlight on that energy relationship. For years, Europe has been focused on how it can reduce its reliance

Is I just takes feature buy cialis 40 mg rough, facial brand lexapro online best prices this to like http://www.unitycollegedimapur.com/index.php?discount-viagra-generic the, silver so… Button. I after, levitra no rx it it! After for get viagra from india break like the hair buy viagra uk brought salon. This still waves products. I’ve, order lexapro 10 mg online was away http://blog.socrato.com/blog/cheap-price-cialis faster. I white recommend.

on Russian gas supplies and has considered everything from increasing the use of renewables to accessing coal and gas from other sources. But taking into account the other side of the equation, it’s important to remember that oil and gas exports generate a huge amount of revenue for Russia. The fact that each specific company we consider investing in has its own unique set of fundamentals drives our team’s approach to analysing the energy sector. Of course, we consider macro issues, but rather than trying to estimate global oil prices and their impact on companies through a top-down approach, we model what we consider to be a normalized oil price five years out and focus instead on the factors that we believe will affect the equity performance of specific companies, including where they are located and where they are finding their growth. Oil Stock Valuations Low Stock prices in the energy sector, particularly of oil companies, have come down quite a bit in the last few years. And while falling returns may justify this descent, costs now seem to be flattening out, and production has started to increase. Capital spending has also been heading lower. So, on the basis of almost any historical metric, whether it’s dividend yield or cash flow, we are finding value in a range of European integrated oil companies. We are also finding value among a few of the oil service providers as well. For us, the stock selection process boils down to analysing a company when its business has experienced a material change, understanding what’s happening, looking out over a five-year horizon and then deciding if there is significant upside potential in the shares. Maarten Bloemen’s comments, opinions and analyses are for informational purposes only and should not be considered individual investment advice or recommendations to invest in any security or to adopt any investment strategy. Because market and economic conditions are subject to rapid change, comments, opinions and analyses are rendered as of the date of the posting and may change without notice. The material is not intended as a complete analysis of every material fact regarding any country, region, market, industry, investment or strategy. Get more perspectives from Franklin Templeton Investments delivered to your inbox. Subscribe to the Beyond Bulls & Bears blog. For timely investing tidbits, follow us on Twitter @FTI_Global and on LinkedIn. What Are the Risks? All investments involve risk, including possible loss of principal. The value of investments can go down as well as up, and investors may not get back the full amount invested. Investments in the natural resources sector involve special risks, including increased susceptibility to adverse economic and regulatory developments affecting the sector. Stock prices fluctuate, sometimes rapidly and dramatically, due to factors affecting individual companies, particular industries or sectors, or general market conditions. Special risks are associated with foreign securities, including currency fluctuations, economic instability and political developments. Investments in developing markets involve heightened risks related to the same factors, in addition to those associated with their relatively small size and lesser liquidity.