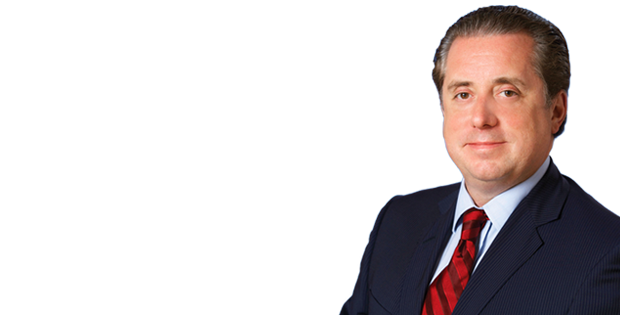 The European Central Bank (ECB) delivered a robust package of monetary policy measures on June 5 and promised more to come if needed to help stave off deflation and support the eurozone’s fragile economic recovery. Among the moves announced were interest rate cuts, including a negative interest rate on excess deposits that banks hold with the ECB and new facilities to support bank lending to small businesses. The ECB also signalled the end of the process of offsetting – or “sterilising” – purchases made under its Securities Markets Program. We asked David Zahn, Head of European Fixed Income at Franklin Templeton Fixed Income Group,® for his thoughts on what these latest measures could mean for investors.

What in this recent ECB announcement stands out for you?

The big thing that stands out to me is that the ECB continues to be very accommodative. The exact details of the announcement didn’t seem as important as the sheer surprise it brought the market, I believe. People were not expecting the ECB to do something this aggressive. Some market participants were expecting quantitative easing (QE)—a programme of issuing currency specifically to purchase financial assets—in this latest announcement. I didn’t think that would happen as quickly as that. But I believe we are still on a journey, and there are still more measures to come in various different forms, probably ending up in quantitative easing towards the end of this year or the beginning of next.

Which of the announcements have the most impact on investors?

I think the proposed targeted longer-term refinancing operations (TLTROs), which will allow banks to borrow from the ECB at ultra-low rates, are what people will be most focused on because they offer the prospect of cheap funding to banks for a considerable amount of time – four years. The ECB has also reasserted that it will consider taking further quantitative measures in the future other than cutting interest rates. It has confirmed that, if economic data continues to be poor, it will do more.

How have the announcements been received by the markets so far?

The ECB telegraphed the rate cut quite well, in my view. The TLTROs are being framed with the appropriate term – in the past they tried to do them too short, and that gets them into other issues. I think the market has seen the announcements as more evidence of the ECB’s accommodative approach. We sense too that ECB president Mario Draghi was more dovish in his speech. I think overall that’s very positive for European fixed income. But I also think there’s more that can be done, and he’s left the door wide open for more to happen.

And what is your view of the approach?

We think the ECB is looking to hit on various different levers, but one of the main ones is getting bank lending back on track, and I think that’s important because if you get bank lending going it tends to help growth. I like the fact that Draghi has not tried to pin the ECB’s success all on one particular strategy. He’s put out several different ways of creating liquidity. The ECB will probably see which one works best and do more of that, or try something different. We see evidence that the ECB is trying different things to increase liquidity and attempt to reignite inflation in the eurozone.

Tell us about the impact of the announced negative interest rate on the ECB’s deposit facility.

I think it’s largely symbolic. It’s only on the excess reserves that the banks hold, so I don’t think it’s going to have much of a market impact. Instead, I think the move suggests that the ECB will continue to be accommodative.

What is the impact of this going to be outside the eurozone?

The ECB action reflects the fact that central banks in different parts of the world are in very different parts of the economic cycle. In Europe, the ECB is very clearly still loosening policy and will continue to do so, we believe, for several years. Meanwhile, Japan is also doing outright quantitative easing and is printing money. But the US is starting to reduce the amount of quantitative easing. Globally it means that there is more liquidity being produced into the world than there was previously, and I think in general that’s reasonably supportive for asset prices.

For investors, what potential value does that present?

In general, I think it means investors may want to look at European assets, because it appears that accommodative actions are continuing. Obviously my remit is the bond market, and I think there is value to be found there, but I think there could be other areas that potentially offer value too. In this environment I believe what some might perceive or classify as “risk-assets,” including high-yield corporate bonds as well as equities, could likely do better than they would if the ECB wasn’t taking these types of measures.

What does the future hold for the markets, and ECB, in your view?

The main possibility, in our view, is outright quantitative easing and the purchasing of bonds. I think that’s still out in the future. Draghi has made it clear that’s in the ECB’s remit and is something they could consider longer-term. I think he is doing an excellent job of having the market do a lot of the work for him, as yields had been on the decline and this latest round of actions is likely to maintain that trend.

We believe Draghi has signalled that rates have likely been cut as low as they’re going to go. In previous statements, he had said rates could go lower, but on this occasion he said only that rates will remain low. He has made it clear the ECB will take other unconventional measures if required by the economic data, particularly if inflation and growth forecasts are revised lower.

From our point of view, we seek securities that can produce higher yields in this sort of environment. Therefore, we continue to look for relative value in fixed income among the more heavily indebted
and less wealthy members of the eurozone – known as the eurozone periphery – Spain and Italy being the two major ones.