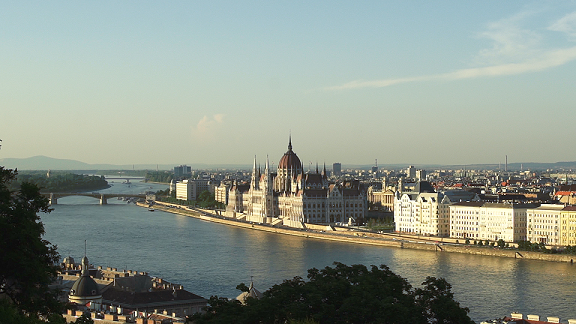 Hungary is an example of a country with a prognosis a couple years ago that looked poor to many fixed income investors. Michael Hasenstab, chief investment officer, Global Bonds, Franklin Templeton Fixed Income Group®, was one of the few who had a different vision of Hungary’s future. After his most recent visit there, Hasenstab explains why the country is a good example of his unconstrained and often-contrarian approach to investing, and highlights some other countries on his investment radar screen today.

Hungary is a great example of what we do within Franklin Templeton Fixed Income Group. We started investing in Hungary a number of years ago when the market was very bearish on the fundamental outlook for the country. We saw long-term potential even though we recognized that in the short term Hungary faced a difficult period. So we made fairly sizable investments there, and last year, we saw some of that potential realized. The local fixed-income market in dollar terms was one of the best-performing emerging markets, up over 10%1 in 2013. And, the market continues to do well into this year.

What we saw was that Hungary’s government policy was somewhat unconventional at times, but ultimately it put together a long-term reform agenda to take advantage of the underlying potential of the economy. While this reform initiative was being undertaken, the government maintained very strict fiscal discipline. It has now begun to turn the debt curve, and has begun to bring debt-to-GDP down.

Hungary was able to put in place a lot of very progressive market reforms that brought down some of the last vestiges of a state-planned system and modernized the economy: reforms in the transportation, healthcare and education sectors.

The government put in place “workfare” to replace a welfare system. The individuals taking part were given a higher salary or higher income payment than they would have received on welfare, but there was a requirement to work on government projects. The workfare payment wasn’t as much as the minimum wage, so it was only really designed to be a transition phase, but it got people out of a welfare-based system into more of a work-based system. And I think we are starting to see the early signs of the program’s success.

The Hungarian government has also been very effective in promoting foreign direct investment, in our view. Hungary runs one of the largest current account surpluses in Central Europe – and even globally.2 Exports have been growing, and foreign direct investment has been coming in and taking advantage of a very skilled workforce with a very competitive tax regime. Now I think we are seeing the benefits start to unfold. GDP growth was negative1.67% in 2012 and appears to have bottomed, with growth projected at 2% this year.3

In our view, Hungary’s economic outlook appears to be quite healthy. The incumbent government just won reelection with two-thirds support in Parliament, one of the strongest political supports for a sitting prime minister globally. So, we think the reforms of the last several years will be able to continue into the future, and we continue to be optimistic about the outlook for Hungary.

We See Poland as an Anchor of Stability in Central Europe

In Central Europe as a whole, we are still quite optimistic about the region’s potential. We view Poland as really an anchor of stability in Central Europe, both economically and politically, and continue to invest there.

Both Poland and Hungary benefit from their linkages to Germany’s export machine. Germany is probably one of the strongest economies in Europe underpinned in particular by the German export sector. Hungary feeds into that, Poland feeds into that, and Slovakia feeds into that. That’s a dynamic we want to take advantage of. And, the European Central Bank’s (ECB) latest monetary policy moves should add a little extra bit of stimulus; earlier this month the ECB announced a stimulus package including  interest rate cuts (with a negative interest rate on excess deposits that banks hold with the ECB), and new facilities to support bank lending to small businesses. [perfect_quotes id=”4701″]

Hungary and Poland represent examples of how we look at emerging markets; we believe you can’t consider all emerging markets uniformly. There are a number of countries that we think are well-positioned for the next couple of years – not just in Europe but in other places as well, countries such as South Korea, Malaysia and Mexico. These are places we believe have good growth prospects, control on their fiscal accounts and good external balances.

We are bullish opportunistically in a handful of countries that we think are well-positioned for the next three to five years. There are other countries that we view as fairly vulnerable (like Turkey) that could run into some hiccups, so we are being very selective in emerging markets. That’s why we spend so much time going out into the world, traveling to Hungary,  Korea, Ukraine, to really understand the underlying fundamentals country-by-country.

In terms of our overall positioning in our global bond portfolios, we have remained fairly consistent: that is, we are positioning for a higher interest rate environment. Our goal is a challenging one: to achieve a positive return in an environment where we think many bond markets will generate negative returns. We are thus:

Michael Hasenstab’s comments, opinions and analyses are for informational purposes only and should not be considered individual investment advice or recommendations to invest in any security or to adopt any investment strategy. Because market and economic conditions are subject to rapid change, comments, opinions and analyses are rendered as of the date of the posting and may change without notice. The material is not intended as a complete analysis of every material fact regarding any country, region, market, industry, investment or strategy. The analysis and opinions expressed herein may differ or be contrary to those expressed by other business areas, portfolio managers or investment management teams at Franklin Templeton Investments.

1. Source: Bloomberg L.P., as measured by J.P. Morgan GBI-EM Global Hungary sub-index. Past performance is no guarantee of future results. Indexes are unmanaged, and one cannot directly invest in an index.