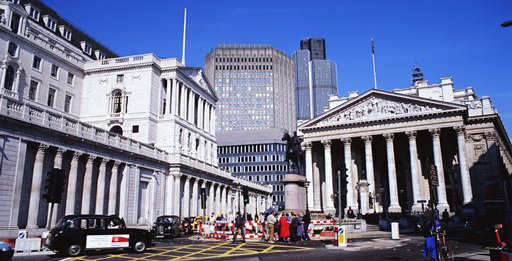 In recent months, European banks have been under increased regulatory scrutiny, meeting the ire of regulators (in the United States in particular) for a range of alleged improprieties, resulting in sizable financial penalties. Throw in a bailout-inducing crisis at Portugal’s Espírito Santo bank, and it’s perhaps no surprise that share prices of many bank stocks in Europe have languished this year. These developments have provided investors with a stark reminder of the risks associated with investing in the banking sector. Cindy Sweeting, director of Portfolio Management at Templeton Global Equity Group, doesn’t think it’s time to bail on Europe or European banks, however. She thinks that while there may be more negative short-term headlines to come for some European banks, valuations are increasingly attractive at a time when central bank policies and balance sheets are building a more favorable case for long-term investors.

The general distrust that still surrounds Europe’s economic prospects two years following the peak of a sovereign debt crisis reminds us somewhat of the skepticism that preceded the US economic recovery in 2010 and 2011, and this has been particularly evident in the weak equity performances of many banks in the region this year. A sharp escalation in the number and size of penalties against banks stemming from a range of actual and alleged law violations in the United States and in Europe has added to the pressure on their stock prices.

Recently, regulators in both regions have become more aggressive in pursuing banks for alleged misconduct before, during and after the 2008 financial crisis, leading to fresh fines and settlements. Accusations have included colluding to rig benchmark interest rates and currencies, misleading investors, blocking access to markets, false accounting and international sanctions busting, many of which have caused financial loss and embarrassment to regulators, governments and investors. Given the circumstances, it’s perhaps no surprise that the offended parties would seek compensation, particularly as many banks become profitable and may have the ability to pay large fines.

The size of the widely reported fine in July of almost US$9 billion against a French bank for conducting transactions that violated US sanctions against Iran, Sudan and Cuba over many years came as a real shock because financial markets and the bank itself had been basing their expectations on previous penalties for similar infringements at two other financial institutions sat around US$1 billion. This incident has raised further questions about how aggressive regulators will be in setting future penalties, and to what extent banks should be provisioning for them.

We recognize that regulatory scrutiny and litigation will likely continue to add uncertainty to the outlook for the sector. But we’ve also modeled the cost of potential future litigation into our forecasts for banks, and believe this risk is now reasonably well reflected in our valuation analysis.

The broader picture for European bank stocks, we believe, is emerging quite positively. For one thing, we think banks in Europe are now much nearer the end than the beginning of their process of deleveraging—reducing the assets on their balance sheets—often by writing off or selling non-performing loans (NPLs). From 2012 – 2013, in absolute terms, European banks’ total asset deleveraging was €2.6trn.1 But while we understand that action has been necessary to improve the financial stability of the banking system, reducing banking assets on that scale has also prevented many banks from lending to companies looking to invest in their businesses. [perfect_quotes id=”5297″]

The United States was at a similar juncture several years ago, and we saw loan growth there recover only after bank deleveraging was completed. So, in our view, the fading of deleveraging as an impediment to banks’ ability to lend to the economy is significant.

In the background, banks in Europe are also preparing for the European Central Bank’s (ECB) program of asset quality reviews (AQR) and stress tests that are due to take place this autumn. The program is being undertaken in preparation for the ECB becoming the new central supervisor for the entire euro area banking system in November 2014. This program imposes on banks a consistent set of common rules and standard definitions for problem loans, along with procedures to ensure that lenders adequately provision for them.

Banks’ balance sheets do not, however, consist solely of loans. European banks have also been accumulating equity and other capital, so that they have a buffer of assets to offset their liabilities. We estimate that European banks still hold perhaps a trillion euros of NPLs on their balance sheets. But against this, the major banks now also hold almost a trillion dollars in tangible common equity, according to our estimations and have already made significant provisions against these NPLs.

We think this level of capital is more than adequate to protect creditors, especially considering that when a bank is required to use capital to cover a write-down in the value of NPLs that it holds, it is usually required to provision for only a small percentage of the original loan’s value. It’s also important to remember that NPLs don’t always need to be written down in their entirety because some borrowers eventually recover the ability to resume payments as their financial conditions recover or banks have access to the collateral against which the loan was written.

In our view, putting the ECB in charge of supervising eurozone banks should eventually improve investor confidence in the integrity of the European banking sector by ensuring that banks adhere to common prudential standards, including those that apply to maintaining adequate capital and transparent accounts. We believe that the establishment of common rules and practices under a single authority is needed to end local variations in the definition and enforcement of capital standards for banks across the eurozone. A single European banking regulator with broad enforcement powers will, we believe, also remove the perception that politicians can secure special protections for banks with high problem loans in their home country during times of crisis.

To support Europe’s economy, in June the ECB adopted a very accommodative monetary policy, including innovative measures designed to make low-cost loans available through the banks to small companies in regions where they are most needed, and even hinted that quantitative easing (QE) is in the cards should it be needed. Beyond ECB policies, we believe that, despite widely held skepticism, structural reform measures to improve the flexibility of labor and product markets across Europe are actually on a positive track and appear to be yielding real results although the rate of reform differs significantly from one country to the next.

Despite all of this progress, European financials in general trade at a sizeable discount to global equity valuations, as measured by the MSCI All-Country World Index, and European banks stand out as particularly inexpensive, trading at roughly book value.2

Already we have seen evidence that a generally stabilizing European economy is feeding through to real improvements in bank performance. Both tangible equity (a measure of a bank’s solvency and ability to cover potential losses) and the return on tangible equity at eurozone banks have been rising, and we believe this will support shareholder returns going forward.

We are now two years along from the darkest days of the euro debt crisis. Austerity is largely over and political support for pro-European reform policies continues to endure. Europe’s banking sector has seen significant restructuring as part of this process and is now better capitalized and better able to support growth in the region. We also think that a gradually improving economic outlook, conservative loan underwriting and the potential for write-backs from existing non-performing loan provisions should support a recovery in select European bank equities.

All investments involve risk, including possible loss of principal. The value of investments can go down as well as up, and investors may not get back the full amount invested. Stock prices fluctuate, sometimes rapidly and dramatically, due to factors affecting individual companies, particular industries or sectors, or general market conditions. Special risks are associated with foreign investing, including currency fluctuations, economic instability and political developments. Investments in developing markets involve heightened risks related to the same factors, in addition to those associated with their relative size and lesser liquidity.

2. Source: MSCI. MSCI makes no warranties and shall have no liability with respect to any MSCI data reproduced herein. No further redistribution or use is permitted. This report is not prepared or endorsed by MSCI.