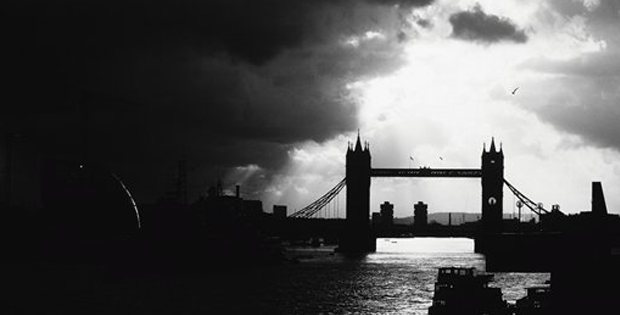 While UK equity markets appear to have bounced back from the early autumn jitters, dark clouds continue to linger in the shape of concerns over Europe, geopolitical conflicts flaring around the globe and worry that Ebola may spread exponentially. Growing debate over the outcome of the United Kingdom’s general election next year only adds to the uncertainty. However, the Franklin UK Equity Team believes current conditions do offer the chance to uncover valuation anomalies. Here, UK team members offer their take on market conditions and where they’re finding opportunity in the current investing climate.

Global crises and uncertainty at home rocked UK stock markets earlier this autumn, triggering a 10% slide in the FTSE 100 from the beginning of September to the middle of October.1 The index has recovered substantially since then, but erratic economic winds continue to blow through the markets.

In terms of international woes, UK investors appear to have been especially rattled by pressing problems in the eurozone. It’s important to the United Kingdom that Europe, one of the United Kingdom’s major trading partners, stays on track so the UK economy can continue to achieve a more balanced, sustainable recovery. Market watchers were also spooked by the threat of deflation in Europe and fear that all the policy ammunition has been used up, with the exception of outright quantitative easing (QE), which is still vehemently opposed by key members of the European Central Bank’s (ECB’s) General Council.

Closer to home, next year’s general election—due to take place in May 2015—already appears to be taking its toll on the markets. We believe the markets have been affected months before the election partly because the two major parties, Labour and the Conservatives (Tories), take different approaches on taxation, tackling the country’s deficit and other economic issues. Companies may find it difficult to plan for the future if they’re unsure which set of regulations they’ll be operating under.

Meanwhile, some observers have been worried that the UK recovery from the 2008 financial crisis is losing momentum. The UK economy is showing growth, although its third-quarter gross domestic product (GDP) growth rate of 0.7% disappointed some observers.2 Inflation also fell to 1.2% in September from 1.5% in August.3 The benign inflation outlook and growth scare mean the threat of higher long-term interest rates is fast diminishing, so we believe UK short-term interest rates will remain lower for longer.

In that environment, it was perhaps not surprising that investors had become more unsettled, and that we saw greater volatility. Still, the scale of the pullback that we saw in October was not as severe as the corrections we saw in each of the past four years. Each unfolding chapter of the eurozone saga has had a negative effect on the equity markets, with short-term pullbacks of more than 15% in 2010 and 2011, and a smaller decline in 2012 before ECB President Mario Draghi vowed to do whatever it took to save the euro. We also saw a fall of similar magnitude when the equity market had its “taper tantrum” during June 2013 in reaction to the US Federal Reserve Bank’s (Fed’s) announcement that it would start to reduce its bond-buying programme.

We think the United States is key to regaining stability in equity markets. The last thing we need is for the US economy to hit a bump in the road. It has recovered nicely from the first quarter’s weather-induced soft patch and is gaining momentum, having recently had its GDP growth readjusted upward to 4.6% this year. With the Fed confirming the end of its QE programme, in our view, it needs to tread carefully with its next steps to monetary normalisation.

While it would be foolish to pretend to know where and when the current volatility will end, we can say, as long-term investors, we will always look for opportunities to put cash to work buying quality companies on cash flow valuations that make good sense for those with the patience to ride out the short-term market moves.

Many market forces have contributed to this role reversal. First, some of the recent relative weakness in small- and mid-cap stocks was a rational reaction to the bull market they had enjoyed over the past two years. As a result, valuations had become stretched, and we saw some profit-taking as some investors began rotating out of their small- and mid-cap holdings and buying more attractively valued large-cap shares. Some investors took those profits and rolled them into new issuances. We suspect the expanding small-cap universe had started to suffer from a degree of indigestion from the extraordinary level of equity issuance in both the primary and secondary UK equity markets during the first nine months of the year.

Finding small- and mid-cap shares that offer the kind of valuation attractions we look for has been more challenging during the first half of the year than it was two years ago, when the run-up in prices began. The rerating seen in the market over this time period naturally means there aren’t as many undervalued situations to take advantage of.

However, after this period of mid- and small-cap underperformance, we are starting to see investment opportunities emerge with valuations that seem undemanding given their growth potential. One of the greatest advantages to investing in this area of the market is the large investment universe and the opportunity to find valuation anomalies whatever the prevailing economic backdrop.

We believe it remains as true today as ever that a well-managed mid- or small-cap company operating in a niche growth market offers the greatest investment opportunity. The combination of earnings growth and a higher multiple as a stock becomes more widely recognised and appreciated is a powerful combination.

Data from third party sources may have been used in the preparation of this material and Franklin Templeton Investments (“FTI”) has not independently verified, validated or audited such data. FTI accepts no liability whatsoever for any loss arising from use of this information and reliance upon the comments, opinions and analyses in the material is at the sole discretion of the user. Products, services and information may not be available in all jurisdictions and are offered by FTI affiliates and/or their distributors as local laws and regulations permit. Please consult your own professional adviser for further information on availability of products and services in your jurisdiction.