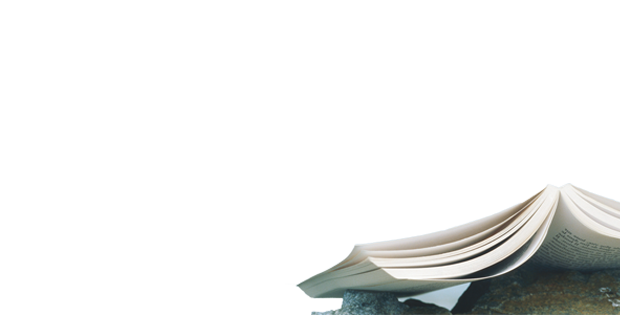 The European economy at large had been moving forward in the wake of the 2007­–2009 global financial crisis and subsequent sovereign debt crisis, spurred by European Central Bank (ECB) President Mario Draghi’s pledge to do “whatever it takes” to save the euro in 2012 and the implementation of austerity measures in the eurozone periphery. In recent months, the recovery seemed to have stalled, with some countries, including the eurozone’s engine of growth—Germany—flirting with recession. Heather Arnold, director of research, portfolio manager and analyst, Templeton Global Equity Group™, shares her perspective on whether the ECB’s most recent efforts, including its Asset Quality Review (AQR) and Stress Test, can help Europe turn the pages of its recovery story forward again.

The European recovery has been hampered by the limitations of its banking system, and we believe the European Central Bank’s (ECB’s) Asset Quality Review (AQR) and Stress Test are important steps in addressing this. Importantly, as of November 4, bank supervision shifted from local central banks to the ECB, which we believe should greatly improve transparency, comparability and accountability across the banking sector. In our view, this should likely lead to lower spreads and funding costs and also facilitate further bank consolidation; the differential funding costs between the different countries in Europe, particularly those in the so-called periphery (i.e., Spain, Ireland, Portugal, Greece) and the core (most notably Germany) widened considerably at the height of the euro crisis and have narrowed considerably due to ECB actions. Also, the AQR confirmed that the vast majority of European banks are adequately capitalized. This should likely pave the way to a restart of bank lending, which is critical for the smooth functioning of any economy. Additionally, we think it should serve to rebuild confidence in the European banking sector, which to date, has been sorely lacking.

The ECB has fulfilled an essential role by facilitating  liquidity and solvency of the pan-European banking system. Also, by helping bring down funding costs for peripheral banks, it should keep capital affordable across Europe. What  remains to be seen is to what degree the ECB is committed to actually doing “whatever it takes,” namely, expanding its balance sheet through aggressive quantitative easing to devalue its currency and, hopefully, reflate its system, assuming, of course, that such Keynesian measures actually work. Clearly, compared to the US Federal Reserve (Fed) and the Bank of Japan, the ECB is a laggard here. To date, this seems to have kept the pressure on European governments to bring about much-needed structural reform.

The European recovery has hit a rough patch. It seemed to begin with the slowdown in emerging markets, which have been a meaningful source of demand for European exports and services. The ongoing conflict in Ukraine has also weighed on confidence. What has drawn us to Europe, though, has always been compelling valuations. If anything, recent weakness—particularly compared to the relative strength of the US market—has only reinforced the value case for European equities, in our view.

Europe has been suffering from both cyclical and structural problems. Although the economic downturn was severe following the financial crisis of 2007–2009 and the subsequent recovery has been anemic, we do believe the cycle will improve, and we reflect this spirit of “normalization” into the financial models that we build for companies over a five-year investment horizon. Due to the severity of the downturn, Europe has been addressing some of its structural problems. As already noted, structural improvement of the banking sector is now underway. Also, countries such as Spain, Ireland, Portugal and Greece have improved their competitiveness by tackling their debt, labor inefficiencies and entitlement programs. Italy now appears to be stepping up, and, hopefully, France will, too.

In terms of tweaking our models, the recent slowdown has largely impacted a handful of industrial, energy and consumer discretionary companies, in part due to weakness in Europe but also due to the slowdown in emerging markets and in Asia. Interestingly, our bank models have not been greatly impacted. Generally, though, a few tweaks do not tend to derail our five-year-out investment case for many of our holdings, which is underpinned by compelling valuations, solid balance sheets, and strong recovery and growth potential.

It seems like an apt time for an insightful quote from the late Sir John Templeton who said: “People are always asking me where the outlook is good, but that’s the wrong question. The right question is: Where is the outlook most miserable?”

We should remember that, for over a decade, China has had one of the fastest-growing economies in the world and yet one of the worst-performing stock markets. It all goes back to valuation—and valuations in Europe are currently at a 40% discount to the US market.1 In fact, nine of the 10 cheapest equity markets in the world, based on cyclically adjusted long-term earnings, are currently found in Europe.2 Europe also trades well below the United States on a number of other measures, including market cap-to-GDP, which is extreme; the market capitalization of corporate Europe constitutes roughly 40% of European GDP compared with some 120% in the United States.3 The average dividend yield on European equities also stands near an all-time high relative to benchmark sovereign credit yields and corporate bond yields.4 In terms of recovery, Europe’s share of global earnings in the MSCI World Index was at a 28-year low, as of August 31, 2014.5 European corporates generally have geographically diverse revenues and high operating leverage, which we believe should enhance an eventual profit recovery. The export-oriented region also stands to benefit from a weaker euro, in addition to better-than-expected US growth. Finally, Europe has both monetary and fiscal policy tools at its disposal, which it has yet to fully deploy to support the economy.

We are finding potential opportunity across the board in Europe, but most notably in the energy sector given recent weakness there. Despite their recovery to date, financials are still lowly priced and continue to offer recovery potential, in our view. We also believe select pharmaceutical and health care stocks have a leg of growth ahead of them that we think is not reflected in current valuations.

The comments, opinions and analyses herein are for informational purposes only and should not be considered individual investment advice or a recommendation to invest in any security or to adopt any investment strategy. Because market and economic conditions are subject to rapid change, comments, opinions and analyses are rendered as of the date of the posting and may change without notice. This material is not intended as a complete analysis of every material fact regarding any country, region, market, industry, investment or strategy.

All investments involve risks, including possible loss of principal. The value of investments can go down as well as up, and investors may not get back the full amount invested. Stock prices fluctuate, sometimes rapidly and dramatically, due to factors affecting individual companies, particular industries or sectors, or general market conditions. Such investments could experience significant price volatility in any given year. Investment in foreign securities also involves special risks, including currency fluctuations, and political and economic uncertainty.

1. Source: JPMorgan, MSCI, as of July 2014. MSCI makes no warranties and shall have no liability with respect to any MSCI data reproduced herein. No further distribution or use is permitted. This report is not prepared or endorsed by MSCI. See www.franklintempletondatasources.com for additional data provider information.

2. Source: Credit Lyonnais Securities Asia (CLSA), MSCI, FactSet, as of August 31, 2014. MSCI makes no warranties and shall have no liability with respect to any MSCI data reproduced herein. No further distribution or use is permitted. This report is not prepared or endorsed by MSCI.

4. Source: FactSet, Barclays, MSCI, as of September 30, 2014. MSCI makes no warranties and shall have no liability with respect to any MSCI data reproduced herein. No further distribution or use is permitted. This report is not prepared or endorsed by MSCI.

5. Source: MSCI, Thomson Datastream, SG Cross Asset Research/Equity quant, as of August 31, 2014. MSCI makes no warranties and shall have no liability with respect to any MSCI data reproduced herein. No further distribution or use is permitted. This report is not prepared or endorsed by MSCI.