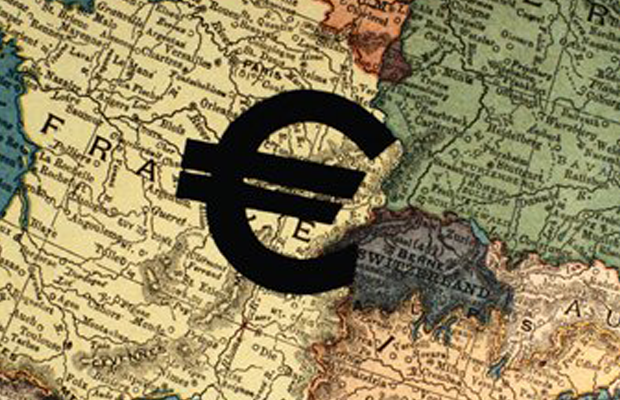 The eurozone took it on the chin economically in 2014, and many analysts don’t expect 2015 to bring a significant respite to the region. Philippe Brugere-Trelat, executive vice president and portfolio manager, Franklin Mutual Series®, however, doesn’t believe the news from the eurozone will be all bad in 2015. In fact, he offers five reasons why he believes the eurozone may perform better than expected in the year ahead, and also discusses where he’s finding investment opportunities in the region.

To many observers, the eurozone was an underachiever in the world’s economic class of 2014. However, despite overwhelmingly negative predictions about its economic growth going forward, I think the eurozone may surprise investors positively in 2015. Here are five reasons why I believe this could be the case:

1. The eurozone’s fiscal austerity may be over. One could argue that drastic measures were needed in the aftermath of the region’s sovereign debt crisis that began almost five years ago, and the austerity plans that some member countries lived under were pretty severe.

Many countries raised taxes and cut government spending; countries that received bailout plans from the European Union and the International Monetary Fund were forced to take such action in order to receive a bailout. Ireland, Spain and Portugal—which have indeed undertaken very drastic reforms and have attempted to tackle their problems—have been rebounding strongly, in my view. The best example of that is their respective gross domestic product (GDP) growth rates in the second and third quarters of 2014 were at the front of the train, while Germany’s were at the back. These countries appear to be doing well.

Still, austerity was a hard pill to swallow, by and large, and we are seeing a move by eurozone countries away from it and toward investing in GDP growth.

2. Global demand for the eurozone’s products appears resilient. The eurozone is home to a variety of industries, from German carmakers to Dutch electronic equipment manufacturers. Many of the status brands that the eurozone produces are still in demand worldwide. Even if emerging markets (particularly China) aren’t growing as dramatically as they once were, they still seem to have an appetite for European products.

3. A weaker euro may help boost exports. The euro reached an almost nine-year low against the US dollar early in January 2015.1 A weak euro is generally good for eurozone exports because it makes the eurozone’s goods and services much more competitively priced in the world marketplace. Exports comprise 24% of the region’s GDP.2 In comparison, the US economy is more domestically focused, and exports account for only 13% of its GDP.3

Additionally, a consensus seems to be growing among market watchers that the euro will likely weaken further versus the US dollar in 2015. I usually don’t like to agree with the consensus, but this time, I have to admit that the momentum for the euro appears to be downward. I cannot predict whether the euro is going to end up at 115 or 110 or even parity with the US dollar, but, in my view, the euro is likely to weaken during 2015.

4. Lower gas prices may put extra money into consumers’ pockets. I believe lower gas prices will generally help eurozone consumers, first, by increasing their real disposable income and second, by cutting the input costs of companies, which could lower the prices of goods and services in the long run. Combined, those factors also may give a nice boost to GDP growth. I should mention that there is typically a time lag, usually around four quarters, before the effects of lower fuel prices are felt in GDP growth, so we may not see an immediate impact.

5. The European Central Bank (ECB) seems to be closer to full quantitative easing. I think the writing is on the wall that the ECB seems to be stepping closer to full quantitative easing. ECB President Mario Draghi couldn’t have been clearer in his last statement, in my opinion. The purchase of sovereign debt on the secondary market is coming, I believe, and that’s simply because that may be the only way for the ECB to increase the size of its balance sheet by its announced target of €1 trillion. Otherwise, there’s simply not enough debt around to buy.

Even though there are some concerns about Greece’s political stability, spreads on sovereign Portuguese, Italian and Spanish bonds have been relatively stable. So the systemic contagion from one country to the others may have lessened, in my opinion.

What is still perhaps a greater concern, however, is the unstable situation in Russia. The country is facing substantial challenges as oil prices and its currency plummet. The costs for Russian oil and gas companies are almost exclusively denominated in ruble, so the weak ruble has a very large offsetting impact on the price of crude. Oil is traded primarily in US dollars, which means that Russian oil producers can sell their product in these stronger dollar-based revenues while paying their expenses in the devalued ruble. And, keep in mind, Russia faced a very bad situation in 1998, when the country confronted a crippling debt crisis that caused a substantial devaluation of its currency. The crisis eventually sorted itself out, and the country progressed down the path of strong economic growth. While there is still a lot of political uncertainty surrounding Russia, I think the problems Russia is seeing now are likely more temporary in nature. Whether it’s going to be one or two or three quarters before Russia emerges from its current crisis, I cannot tell you, but the problems are not something I see as structural at this point.

In the current global economic environment, we’re finding value opportunities in companies that we see as direct beneficiaries of a weaker euro. These opportunities have been in the industrials sector, as well as consumer industries such as autos, retail and leisure. We also like financials, both insurance companies and banks. We think a number of European banks are not properly valued, and we’re finding a number of names in that sector to be particularly attractive. The financial companies share common characteristics such as having strong management and strong market positions, and they’re also trading at what we consider very attractive multiples of book value.4

At this time, we are not finding value in defensive sectors such as food, beverages, tobacco and health care, because these stocks now have very high valuations. That trend began in the spring of 2014, when many investors bought those stocks looking for shelter and higher yields. Many of these stocks are no longer a value proposition, and I think their risk profile has been elevated due to the expansion many of these companies have recently undertaken.

As always, we continue to follow a cautious approach, but we are drawn to the attractive fundamentals we see in Europe’s equity markets. In many ways, European corporates are painting a compelling picture that belies the regional story portrayed by many headlines. As a result, we believe that our value-oriented, long-term investment perspective, which is supported by rigorous fundamental research, is well suited to uncover European investment opportunities that provide attractive risk/reward profiles.

Data from third-party sources may have been used in the preparation of this material and Franklin Templeton Investments (“FTI”) has not independently verified, validated or audited such data. FTI accepts no liability whatsoever for any loss arising from use of this information and reliance upon the comments, opinions and analyses in the material is at the sole discretion of the user. Products, services and information may not be available in all jurisdictions and are offered by FTI affiliates and/or their distributors as local laws and regulations permits. Please consult your own professional adviser for further information on availability of products and services in your jurisdiction.

All investments involve risks, including possible loss of principal. The value of investments can go down as well as up, and investors may not get back the full amount invested. Stock prices fluctuate, sometimes rapidly and dramatically, due to factors affecting individual companies, particular industries or sectors, or general market conditions. Special risks are associated with foreign investing, including currency fluctuations, economic instability and political developments. Investments in emerging markets involve heightened risks related to the same factors in addition to those associated with these markets’ smaller size, lesser liquidity and lack of established legal, political, business and social frameworks to support securities markets.

4. Book value is the net asset value of a company, which is calculated by subtracting liabilities and intangible assets, such as goodwill, from total assets.