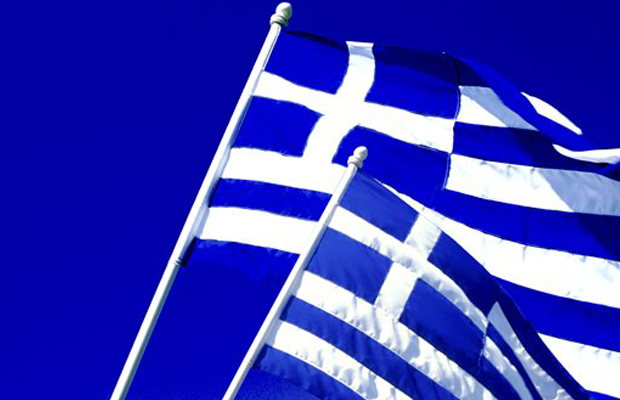 The victory of the Syriza party in Greece removed one market uncertainty, but created many others. Three professionals from Templeton Global Equity Group™, Norm Boersma, Cindy Sweeting and Heather Arnold, offer some of their initial thoughts on whether the new government can reach a compromise with creditors and still remain in the eurozone.

Against a backdrop of growing dissatisfaction with Greece’s bailout terms [imposed by the “troika” of lenders comprised of the European Commission, European Central Bank (ECB) and International Monetary Fund], the country’s parliament failed to decisively elect a president in December 2014, resulting in the dissolution of the parliament and the calling of new elections for January 25, 2015.

As expected, Greece’s leftist anti-austerity party, Syriza, garnered the most votes in the recent election, though the magnitude of its plurality exceeded market expectations. Shortly thereafter, Syriza announced a coalition with the far-right, anti-austerity Independent Greeks party, a disappointing development given the market’s preference for a centrist coalition partner that might temper Syriza’s more strident demands.

The current scenario raises two key questions for global equity investors. First, can a coalition that has renounced the terms of the troika bailout and promised its electorate what are likely to be unaffordable social programs reach a compromise with its creditors that keeps aid flowing and allows Greece to remain in the European Monetary Union? And second, if not, what could be the implications of a Greek exit (“Grexit”) on European financial markets and global equities more broadly?

Overall, the election outcome was worse than expected, and the current government now has a mandate to take a harder line with its troika creditors. However, Syriza insists that it does not want Greece to leave the eurozone and, according to polls, the majority of the Greek population agrees.

While we do not know how this situation will ultimately play out, we would note that interests seem to be aligned to find a solution. As part of an imaginable compromise, the troika could offer modest debt restructuring and austerity reduction, while Greece’s new government could temper demands for debt haircuts and aggressive spending hikes.

In the coming days, we could see the troika extend the timeline for its scheduled review of Greece’s bailout program, though we would be surprised if Greece’s creditors offered any fresh money until the new government makes clear its intentions vis-à-vis the country’s existing debt obligations. The relative bargaining positions seem to favor the troika, in our opinion. Greece’s funding requirements in 2015–2016 are expected to be significant, and its banks depend on the ECB for favorable funding arrangements. As capital outflows accelerate and mounting economic uncertainty pressures tax revenues, the Greek government is likely to be unable to roll over its debt or fund promised social programs without troika support.

While we believe that odds favor a compromise, we also realize that history is full of unexpected outcomes. Syriza is a true left-wing party, the likes of which has not governed a major European country in many years, and the possibility remains that its newly emboldened leadership could insist on demands (under the threat of debt non-payment) that are simply unacceptable to troika leadership and the broader German electorate.

What Does It Mean for Templeton Portfolios?

As of December 31, 2014, only one of our portfolio strategies had a small portion of its assets with direct exposure to Greece. While our sizable eurozone investments could potentially suffer should Greek instability inflict contagion on other regional economies and markets, we believe the bloc’s strengthened firewalls make this outcome less likely.

The formation of the European Stability Mechanism (ESM)1 and regional banking union, coupled with the introduction of policy tools like Outright Monetary Transactions2 and sovereign bond purchases through quantitative easing, should make Europe far more resistant to contagion than it was during the initial phases of the regional sovereign debt crisis, in our view.

Greece represents less than 2% of eurozone gross domestic product,3 and Greek assets have largely been divested from eurozone bank balance sheets, further suggesting that any potential impairment to the wider region could remain limited. The market seemed to acknowledge this on the Monday following the election, responding to the disappointing election news with equanimity. Therefore, aside from near-term impacts to market confidence, we do not expect to suffer a meaningfully negative lasting effect from current events in Greece over our investment horizon.

Data from third party sources may have been used in the preparation of this material and Franklin Templeton Investments (“FTI”) has not independently verified, validated or audited such data. FTI accepts no liability whatsoever for any loss arising from use of this information, and reliance upon the comments, opinions and analyses in the material is at the sole discretion of the user. Products, services and information may not be available in all jurisdictions and are offered by FTI affiliates and/or their distributors as local laws and regulations permit. Please consult your own professional advisor for further information on availability of products and services in your jurisdiction.

All investments involve risk, including possible loss of principal. The value of investments can go down as well as up, and investors may not get back the full amount invested. Special risks are associated with foreign investing, including currency fluctuations, economic instability and political developments; investments in emerging markets involve heightened risks related to the same factors.

1. Established in February 2012, the European Stability Mechanism is the permanent crisis resolution mechanism for the countries of the euro area. The ESM issues debt instruments in order to finance loans and other forms of financial assistance to euro area member states.

2. Outright Monetary Transactions are a bond-buying program announced in September 2012 in which the ECB would offer to purchase eurozone countries’ short-term bonds in the secondary market to bring down the market interest rates faced by countries subject to speculation that they might leave the euro.