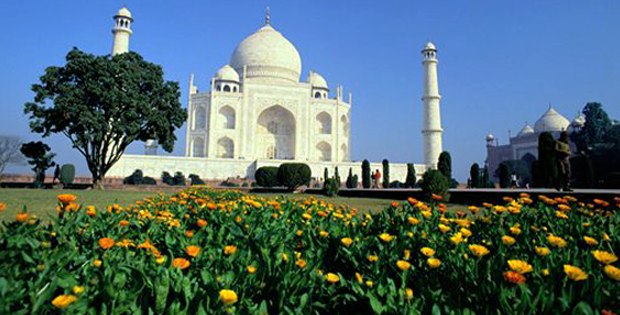 India’s stellar market performance over the last 12 months has left many observers asking whether it is sustainable longer term. Sukumar Rajah, managing director and chief investment officer, Local Asset Management, Asian Equity, finds reasons to believe India’s star is on the rise and long-term confidence can be restored. He looks at some of the details of the newly unveiled 2015 Union Budget and points to some low-hanging fruit for new Indian Prime Minister Narendra Modi to consider as he embarks on a much-anticipated reform programme.

By most reckonings, India had an astounding 2014: The MSCI India Index was up a global chart-topping 24.9%1 for the year, representing its best 12-month performance in five years, while corporate earnings grew at 16%,2 outstripping virtually every other country in the world.

With that in mind, it is understandable that investors should be cautious about whether such a stellar performance is sustainable or even repeatable.

From a short-term point of view, India appears to be recovering from a slowdown which has weighed on the economy in the last few years. Now we’re seeing an acceleration in India’s gross domestic product (GDP) growth. At the same time, some of the imbalances which have been putting pressure on the economy, such as current account deficit, high inflation and high fiscal deficit, show signs of receding. We believe there is evidence of a cyclical recovery in India and also signs that the market has already turned. It is not just the prospect of this cyclical recovery that is driving our thinking. We also think India looks very attractive from a long-term point of view. Indeed, in our view, the growth potential for India, on a long-term basis, is far higher compared to a lot of other markets in the world, thanks to a number of factors including industrialisation, changing demographics and the programme of reforms the government is planning to implement.

Like many other emerging markets, India is seeing a push towards greater industrialisation and a growing need for infrastructure that is prompting governments to spend significant amounts of money on roads and railways for instance.

Underpinning these trends are strong demographics, represented by a growing middle class, an increasing population of consumers and a deepening pool of workforce talent.

We see India’s growth driven in part by domestic consumption of durable goods from a vast number of educated consumers under the age of 25. Furthermore, the country’s youthful population creates a positive demographic with a lower dependency ratio than many other developed countries.

And we believe India’s middle class has the potential to grow further, contributing to an even greater consumer market. Meanwhile, we will also be watching the progress of promised structural reforms. In the aftermath of last year’s Indian general election, there was a belief that newly elected Prime Minister Narendra Modi would lead a more business-friendly administration. His National Democratic Alliance government has certainly spoken a lot about reform, both administrative and legislative.

We believe administrative reforms—such as speeding up the issuing of business licences—are low-hanging fruit because the government should be able to deliver them without requiring Parliamentary approval.

The legislative reforms, in contrast, are going to be a longer-term project, we believe, and are likely in most cases to require the agreement of India’s Parliament. We’re hopeful the government will be able to achieve these reforms, but depending on the particular Parliamentary procedures it decides to use in each case, it could take anywhere between six months and a year and a half to push the reforms through.

Prime Minister Modi’s landslide election victory in May 2014 left many observers with high expectations that he would impose a sweeping round of reform on the country’s fiscal and economic systems.

Setting out fiscal plans for the year in this Union Budget, the government has shown more restraint, in our view, preferring to take a pragmatic approach, with a focus on long-term reforms, refraining from attempting a “quick fix” for the economy.

The government appears to have chosen to adopt a slower path towards fiscal consolidation than anticipated by many observers in the market. However, we believe the 2015–2016 budget struck a good balance between supporting the cyclical economic recovery in the short to medium term and structural reform for long-term growth.

We think the government’s loosening of its fiscal consolidation target to increase public spending is positive for the revival of the investment cycle in the short to medium term.

There were a number of items included in the budget that we view as key positives, including:

However, the budget was not all good news, in our view, and there were a number of elements that we feel may create some short-term market volatility, notably slower than hoped for progress in reducing the fiscal deficit and a lack of clarification on the recapitalisation of stated-owned banks. This latter point is somewhat mitigated by the decision to set up an autonomous bank bureau to improve governance, which is encouraging in our view.

Despite the magnitude of the corporate developments and stock market movements over the last 12 months, we think valuations in India are close to the long-term average. Furthermore, we believe a significant acceleration in economic growth and earnings growth is possible going forward, which has not been factored into the current valuation of the market.

Of course, from our perspective as investors in India, we also think there is scope for value to be added to our portfolios, but careful stock selection is important.

We also believe a number of industrial stocks may be well positioned for any recovery or improvement in the economic growth rate, and we see some interesting potential opportunities there, too.

All investments involve risk, including possible loss of principal. The value of investments can go down as well as up, and investors may not get back the full amount invested. Stock prices fluctuate, sometimes rapidly and dramatically, due to factors affecting individual companies, particular industries or sectors, or general market conditions. Special risks are associated with foreign investing, including currency fluctuations, economic instability and political developments. Investments in developing markets involve heightened risks related to the same factors, in addition to risks associated with these markets’ smaller size, lesser liquidity and the potential lack of established legal, political, business and social frameworks to support securities markets.

The inclusion of a link to an external website should not be understood to be an endorsement of that website or the site’s owners (or their products/services). Links can take you to third-party sites/media with information and services not reviewed or endorsed by us. We urge you to review the privacy, security, terms of use, and other policies of each site you visit as we have no control over, and assume no responsibility or liability for them.

1. Source: MSCI. See www.franklintempletondatasources.com for additional data provider information. Indexes are unmanaged, and one cannot invest directly in an index. Past performance is no guarantee of future results.

3. Source: Indian Ministry of Finance. There is no assurance that any forecast will be realised.