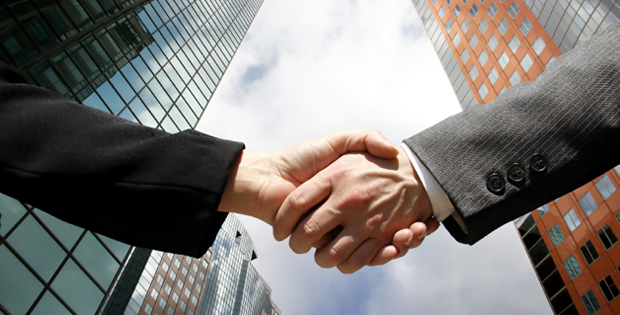 A number of eye-catching potential mega-deals have thrown the spotlight back on to merger and acquisition (M&A) activity in recent weeks. With speculation rife as to who will be next, Cindy Sweeting, director of portfolio management, Templeton Global Equity Group, explains the factors likely to be influencing the financial markets’ reaction to such activity.

There’s no doubt merger and acquisition (M&A) activity has started to accelerate over the past several quarters. Indeed, not only have we seen a number of high-profile potential tie-ups announced this year, but 2014 saw deals totaling more than US$3.5 trillion—an increase of 47% versus 2013.1 Our expectation is that there’s plenty more to come.

What’s driving this activity? First, we are starting to see a cash pile building up at the corporate level in many regions, including the United States, Europe, China and Japan. Some corporates, particularly in the United States, have begun using that cash for share buybacks and paying increased or special dividends. But we have also seen corporates using cheap borrowing rates to boost those cash piles. We think this trend reflects an expectation of an improving global economy and increasing confidence at the strategic level, which could further boost M&A activity.

We’re also seeing the market displaying a new attitude to M&A participants, and we think that also has a role to play in the increasing interest in such activity. Traditionally, it’s been the acquiree—the company that is the subject of an acquisition bid—that reaps the benefits of M&A deals in share-price terms, but it appears to us that the market is increasingly recognizing the acquirer as well.

In an environment of still-moderate global economic growth that may not promise great rewards for new investment or capital expenditure (capex), the market appears more prepared to accept that well-thought-out M&A, financed by lower-cost capital and low interest rates, could be quickly accretive.

Maybe one of the best reasons to expect that this cycle will continue is that many investors do recognize these deals as immediately accretive and tend to reward the purchasers as well as those being purchased.

M&A also seems to be shifting up the capitalization scale, and large deals now seem to be back on the agenda. In 2015, thus far, we have already seen a number of US$10 billion-plus global deals announced.2

US companies so far have conducted the majority of the M&A activity, and that’s probably related to a combination of the strong US dollar and the fact that a number of US companies have built up significant stranded overseas cash piles that could be best used in this fashion.

By some estimates, a number of US-domiciled global companies have as much as 90% of their cash pile offshore.

With so much cash unable to be repatriated without tax consequences and the strong US dollar acting as a powerful acquisition currency–in addition to the “currency” of arguably inflated share prices–we would expect to continue to see cash-rich US companies looking overseas for deals. We haven’t seen as many deals from European and Japanese companies as yet, but Europe may have some scope for further M&A catch-up as business confidence increases and activity levels return to nearer historic levels.

Equally, the activity we have seen across the globe in recent quarters has been pretty evenly spread across sectors. Health care has seen probably the most activity, but we’ve also seen deals in real estate, the consumer sector, the industrial space and several others.

We really can’t see any sort of narrowing into one or two “hot sectors,” and we also think it’s probably too early to call the end of this M&A wave.

Indeed, we reckon that a combination of well-capitalized corporates in many regions around the world, cheap financing and continuing uncertainty over the potential for organic capex all suggest we still could be in the early to mid-innings of the current M&A cycle.

But we also think dividend hikes and buybacks will continue given their popularity with many investors who appreciate the extra yield and immediate value accretion. Of course, companies can’t delay capex forever, and the age of the industrial asset base of many developing economies has become quite extended. However, we believe the current environment remains more supportive of buybacks, dividends and M&A than it does of organic capital spending.

Cindy Sweeting’s comments, opinions and analyses are the personal views and are intended to be for informational purposes and general interest only and should not be construed as individual investment advice or a recommendation or solicitation to buy, sell or hold any security or to adopt any investment strategy. It does not constitute legal or tax advice. The information provided in this material is rendered as at publication date and may change without notice, and it is not intended as a complete analysis of every material fact regarding any country, region, market or investment.

All investments involve risk, including possible loss of principal. The value of investments can go down as well as up, and investors may not get back the full amount invested. Stock prices fluctuate, sometimes rapidly and dramatically, due to factors affecting individual companies, particular industries or sectors, or general market conditions. Special risks are associated with foreign investing, including currency fluctuations, economic instability and political developments. Investments in developing markets involve heightened risks related to the same factors, in addition to those associated with their smaller size and lesser liquidity.