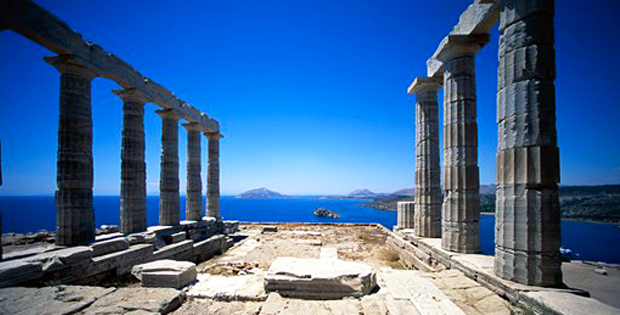 Whatever the outcome of the Greek referendum on Sunday (July 5), the result is likely to mean more uncertainty and possibly pain for the people of Greece. So far, according to David Zahn, head of European Fixed Income, Franklin Templeton Fixed Income Group, the economic fallout of the crisis appears to be mostly contained within Greece, and the likelihood of longer-term contagion to other eurozone economies seems to be limited. Here he sets out the dilemma facing the Greek voters and explains why—the current crisis notwithstanding—he believes the fundamentals of the eurozone remain positive.

The announcement over the weekend by Greece’s left wing Syriza-led government took most people by surprise: A referendum allowing the public to vote on proposals put forward by the country’s creditors effectively brought an end to negotiations between Greece and representatives of its creditors, the European Commission, the European Central Bank (ECB) and the International Monetary Fund (IMF).

In our eyes, the Greek government’s approach has created additional animosity that probably was unnecessary. But what is more significant, to us, is that the ballot scheduled to take place this Sunday presents little chance of bringing the situation to a conclusion.

The initial reaction of the markets to the surprise announcement of the referendum was, in our view, quite well contained and markets seem to have remained quite relaxed. We’ve not seen massive panic so far, which I think is constructive, although I would not be surprised if some of the riskier assets underperform until fundamentals reassert themselves.

Most commentators seem to feel that the probability of “Grexit”—a Greek exit from the eurozone—has increased, particularly in light of Greece’s failure to make the €1.6 billion repayment to the IMF that was due on Tuesday, June 30. But I still think that is a decision that will come down to the Greek people.

The European negotiators seem to have made it clear that if the Greek people vote “no” in the referendum—in other words, rejecting the proposals put forward by the creditor institutions—they would be voting to leave the eurozone.

On the other hand, I see a “yes” vote in some ways as more problematic. A vote in favour of the creditor institutions’ proposals would seem to signal that the Greek people do want some kind of deal, but the deal they’re voting on no longer exists—the programme on which the deal was based was allowed to expire this week after the announcement of the referendum.

Therefore, the Greek authorities would have to renegotiate. The bigger question is: Who would lead those negotiations?

Current Greek Prime Minister Alexis Tsipras is spending much of his political capital attempting to persuade people to vote “no.” A “yes” vote would likely be viewed as a rejection of Tspiras’s campaign, potentially prompting his resignation.

In that eventuality, we would be looking at the possibility of the formation of a technocrat government, or some kind of new coalition, to take on fresh negotiations. Further elections would be required down the road.

So, although a number of commentators are looking to the referendum this weekend to bring some answers, I think it could actually raise more questions.

Even if Greece were to leave the eurozone, its economy represents only a small percentage of the eurozone’s gross domestic product (less than 2%)1 and a lot of firewalls have been built in Europe to try to minimise contagion among other euro area countries.

The ECB too has, in our view, taken a decisive role and continues to monitor how the current situation is affecting the monetary transmission mechanism.

As the situation develops, the ECB has a number of tools at its disposal to deploy in the event of unexpected or unwelcome turns to help keep the eurozone functioning properly in the way it wants, and in order to maintain its easy monetary policy.

The ECB could potentially bring forward some of the planned future purchases of its quantitative easing (QE) programme; in other words, make the same amount of purchases, but make them now as opposed to over a long period of time. The ECB could possibly increase the QE programme or intensify the schedule of Outright Monetary Transactions.

Meanwhile, we recognise that while there is short-term volatility stemming from the uncertainty over Greece, the situation does present opportunities for investors. There may be bargains to be found as corporate bonds are sold off on the back of some of the negative sentiment generally.

Most importantly, we should not forget the long-term focus of our investments. The overall fundamentals in Europe haven’t changed, and remain positive in our eyes. Additionally, structural reforms in peripheral eurozone economies such as Spain and Italy seem to us to be encouraging signals. And the central bank has demonstrated that it is willing to address potential problems that may arise from this current crisis. Over the long term, we believe opportunities should continue to emerge from Europe no matter how this situation finally plays out.

All investments involve risks, including possible loss of principal. The value of investments can go down as well as up, and investors may not get back the full amount invested. Bond prices generally move in the opposite direction of interest rates. Thus, as prices of bonds in an investment portfolio adjust to a rise in interest rates, the value of the portfolio may decline. Special risks are associated with foreign investing, including currency rate fluctuations, economic instability and political developments. Investments in developing markets involve heightened risks related to the same factors, in addition to risks associated with these markets’ smaller size, lesser liquidity and the potential lack of established legal, political, business and social frameworks to support securities markets. Currency rates may fluctuate significantly over short periods of time, and can reduce returns.