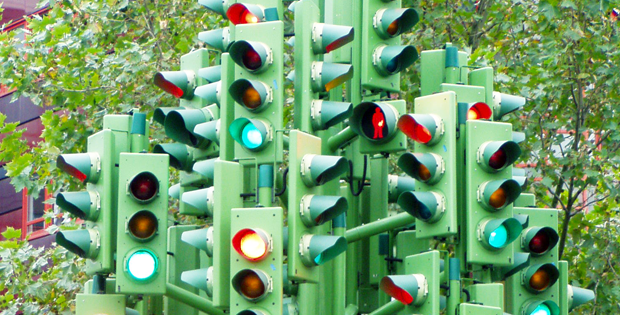 Two months on from the UK General Election, the stock market euphoria that greeted the surprise victory for the centre-right Conservative Party has not entirely dissipated, prompting many asset managers to wonder whether there is still value to be found in UK-listed stocks. Paul Spencer, vice president and portfolio manager, Franklin UK Equity Team, acknowledges that some sectors, including house-building, may now be approaching what he considers fair value. But he believes that for those willing to take a contrarian approach, there are still bargains to be had in other market sectors.

In the weeks following the UK election, we have been re-examining our portfolios and have taken the opportunity to reorganise a little, turning to what we consider to be more contrarian parts of the market instead of looking primarily at UK domestic stocks.

We’re not saying the post-election spike in share prices wasn’t entirely justified, but the very strong bounce did seem to be a knee-jerk response to the Conservative victory. Whether some of the short-term, across-the-board moves were entirely justified remains to be seen.

As my colleague Colin Morton noted on the day the result was confirmed, some sectors or individual stocks experienced a euphoric spike, but in our view, that move didn’t seem to reflect earnings prospects or longer-term value. We would argue that there were other sectors of the market where price increases were justified, but some now appear to be approaching full value.

For example, the house-building sector saw gains in the aftermath of the election, which perhaps were, in part, tied to the scaling back of the threat of a so-called “mansion tax” on high-value properties that had been proposed by the opposition Labour Party.

Regardless of the impetus for the rally in the sector, we have not changed our view about the dynamics and fundamentals in the house-building space in the United Kingdom. We’re adamant that it’s a well-placed sector to be in. However, our impression now is that the ratings of house-builders’ stocks are becoming more reflective of what we think is fair value.

On the other hand, we think there is potential for finding stocks in other sectors that offer better long-term value. There are still—to our minds—some cyclical issues which we believe are suppressing profitability in certain areas.

Oil- and gas-related service business, for example, is a segment that’s interesting for us. Energy is an area in which we’ve taken a fairly contrarian but long-term stance, looking for shares that we think are trading below what we view as intrinsic value. We’re not expecting these markets to turn significantly higher in the next three to six months, but we think the cyclical downturn in this area of the market will turn into a more normalised level of activity.

We’ve also been looking at areas which are potentially less reliant on robust gross domestic product growth across the globe.

A phenomenon that we think will have an increasing impact on stock markets this year is merger and acquisition (M&A) activity, which has been running at markedly lower levels in the last year or so, particularly in the United Kingdom.

It is surprising to us that we’ve not had more bid activity in the United Kingdom, given an economic environment in which corporate borrowing and finance is relatively easily available and comparatively cheap.

If there’s a reason, we think it probably has to do with the fact that management teams still carry scars from the last financial crisis, a time when some of them went through the most difficult period in their financial careers. I’d imagine many chief executives still remember how difficult economic conditions were in the wake of Lehman’s collapse in 2008 and don’t want to revisit those times again.

But there are signs that things are changing. We believe the market is getting to a stage where animal spirits are getting a little bit higher, and that usually means a pick-up in M&A activity.

In addition, we have seen the changing of the guard at a few companies: Those people at the helm in 2006 to 2010, the height of the financial crisis, are not necessarily going to be around for the next 10 years. There are some new chief executives who weren’t on the watch when problems tied to the financial crisis surfaced, so from a psychological perspective they may be more willing to do deals.

There has been a pretty strong acceleration in M&A activity across the globe in recent months (notably in the United States), and we have seen some pick-up in the United Kingdom in the first half of 2015.

In many cases, corporate balance sheets are in robust shape, so if management sees the top line slowing down a bit, the natural inclination for a chief executive might be to go and buy a bit of growth rather than wait for the organic side to pick up.

On top of that, you’ve got to bear in mind that venture capitalists (VCs) are awash with capital. We estimate that European and North American buyout firms probably have between them about US$1 trillion in funds available for investment. We would expect that those firms would probably leverage up to 2.5 times debt to equity in order to make acquisitions, so that’s US$2.5 trillion of potential deals that those buyout funds could be making.

Corporates are well-financed, and VCs have got massive amounts of cash, so the background suggests to us a very significant pick-up in M&A activity. It’s not really finding its way back to the UK market yet, but we believe conditions are such that it could well do so soon.

All investments involve risk, including possible loss of principal. The value of investments can go down as well as up, and investors may not get back the full amount invested. Stock prices fluctuate, sometimes rapidly and dramatically, due to factors affecting individual companies, particular industries or sectors, or general market conditions. Special risks are associated with foreign investing, including currency fluctuations, economic instability and political developments. Investments in the natural resources sector involve special risks, including increased susceptibility to adverse economic and regulatory developments affecting the sector.