The global markets have experienced heightened market volatility tied to a number of factors, including concerns about China and expectations for rising US interest rates ahead. Michael Hasenstab and Sonal Desai of Templeton Global Macro break down the factors they see influencing investor sentiment right now, and offer some perspective on their often-contrarian positioning during periods when that sentiment seems to be at extremes. 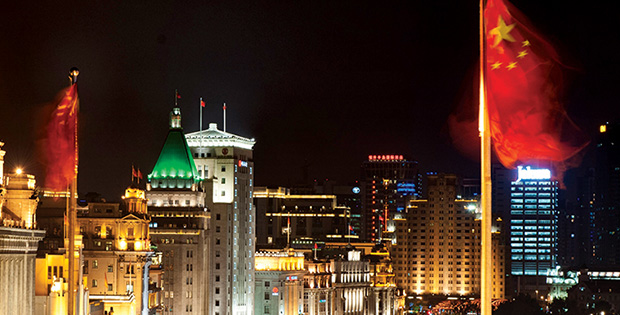 China’s recent devaluation of its currency has raised a lot of questions, and as a result, we have seen a near-panic response across financial markets. However, we do not believe that the renminbi’s depreciation is something that should come as an enormous shock to global markets.

While the renminbi has depreciated about 5% over a short time frame, we believe the pace is likely to remain relatively controlled as the government incrementally moves towards a more market-driven environment. Importantly, we do not think the move is a signal of a massive depreciation to come.

Additionally, although the decision to depreciate the renminbi resulted in a near-term increase in volatility, we don’t believe it will fundamentally amplify currency depreciation across Asian or emerging market currencies over the longer term. The neighboring Asian countries (such as Japan, South Korea, Indonesia, Malaysia and Singapore) have already experienced large declines among their currencies, whereas the level of the renminbi has remained relatively strong even when accounting for its recent depreciation. Therefore, we do not expect that China’s recent devaluation will likely erode the competitiveness of its neighboring countries or their exports.

When we look at how much market panic there has been, one might be under the impression China is headed full speed into full-blown recession. That is not our call. While we do expect moderation in China’s growth, we continue to see it as healthy and an inevitable normalization for an economy of its size. The thesis as to why we are invested in Asia remains unaltered: we expect economic growth in China to moderate, but not experience a hard-landing.

In light of the concerns about China, as well as potential rising interest rates in the United States, investor fears regarding emerging markets have resurfaced, although we believe that certain countries have been indiscriminately punished. A central part of our global thesis remains positioned around the strengthening economy in the United States, which is a key destination for many emerging market exports. It is our expectation that the strong labor market will provide a boost to the US consumer going forward, which has been a traditional engine for global growth and support to countries which export to the United States, including Malaysia and Mexico.

Malaysia is an example where we believe investors have been overly negative. Malaysia continues to be viewed through a prism of being a commodity exporter, but it actually has a well-balanced export basket, including electronics, which would be supported by a resurfacing of the US consumer. Additionally, Malaysia maintains a healthy current account surplus and holds a large cushion of international reserves with enough to cover over seven months of the country’s imports. Despite this backdrop, the Malaysian ringgit is currently trading near levels last seen during the Asian financial crisis of the late 1990s.

Mexico is another case of a country where the currency is trading at unprecedented levels of weakness. The Mexican peso is currently trading at its lowest level since the Tequila Crisis in the mid-1990s. However, we believe the country has been unfairly penalized from being a commodity exporter (namely, oil) despite having less than 10% of its exports being oil-related. Furthermore, Mexico would be a beneficiary of an improving economic environment in the United States. Roughly 80% of Mexico’s exports are sent north across the border, including manufactured goods such as automobiles, which should benefit when the US consumer starts to ramp up spending.

As we remain optimistic regarding the outlook for Mexico and Malaysia, it highlights how our strategies will often be contrarian. If we are not underperforming the market or our competitors for some given period, it implies we aren’t actually taking contrarian views and making those types of calls that go against prevailing market sentiment. Ultimately, we believe these periods will be short lived as every positon we hold is based on a deep-conviction, fundamentally driven view.

Rising US Rates: A Matter of Time

Going forward, we anticipate significant divergences in monetary policies around the world as we would expect looser monetary policies coming from the European Central Bank, Bank of Japan and the Reserve Bank of Australia. Conversely, we continue to expect the US Federal Reserve (Fed) to raise interest rates in the second half of 2015, although we are not fixated on the exact timing of when the Fed will raise its policy rate. In the event that we do not see a rate hike this year, we feel the market will price in the Fed being behind the curve in light of improving economic data, and the yield curve will likely steepen. We remain confident in our constructive economic outlook for the US economy and believe the market will move in advance of the Fed, regardless of the dovish rhetoric, as it has historically done.

We understand that periods of volatility, like the one we have been in, are not going to be comfortable for investors. We would reiterate that these are the periods when our team has been able to put on positions of our highest conviction, with the goal of an extended subsequent period of outperformance. What we are seeing currently in the markets is almost a rewind of the “taper tantrum” we saw two years ago, when Ben Bernanke was at the helm of the Fed and hinted at a change in policy ahead. As such we continue to maintain a very short duration, and see opportunity in the current period of volatility.

Hear more from Michael Hasenstab about the recent market action in this brief video below: