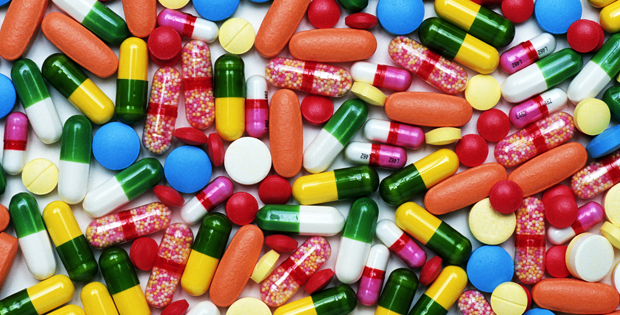 Concerns about profitability and valuations had already infected US biotechnology stock prices in September when increased political and media attention on rising drug costs sent the sector deeper into a decline. Evan McCulloch, senior vice president and director of research, Franklin Equity Group, shares his insights on the drug-cost debate, presidential candidate Hillary Clinton’s proposal, and the fallout on the biotech sector at large.

We have seen some turmoil in the US biotech sector over the last few weeks. What’s been driving this volatility?

There’s been some volatility in the equity market at large, which has resulted in investor skittishness overall and a hypersensitivity to potential fundamental concerns. Specifically for the US biotechnology sector, however, the threat of heightened scrutiny of US drug prices has reared its head again. It started with an article in The New York Times on September 20 about a small private company that raised the price of an anti-toxoplasmosis drug it had acquired by 5,000%. This is very unusual for an older drug, so it was a case the media latched on to. The article was followed by a tweet from Democratic presidential candidate Hillary Clinton, indicating she thought some drug prices were excessive and that she had a plan to reduce prescription drug costs.

Clinton subsequently announced her plan, which proposed that Medicare leverage its buying power to negotiate directly with drug companies. After that, other politicians jumped on the bandwagon and railed against high drug prices. The House Committee on Oversight and Reform already had been seeking to subpoena documents relating to a larger pharmaceutical company’s price increases earlier this year on a pair of cardiovascular drugs, and it then asked to subpoena the small private company about the price increase on its drug, which treats parasitic infections.

It’s interesting to note that the pricing noise has been around for a while; there have been a series of press articles on the subject going back to July. President Obama has made periodic comments about high drug prices, and Senator Bernie Sanders, who is also vying for the Democratic presidential nomination, released a plan focused on pricing which generated renewed attention. So while this is an issue that bears watching, I think it’s a culmination of sector-specific concerns about drug pricing on top of some broader market issues that has caused recent volatility in share prices.

So where could this all be going? Might it result in a reduction in drug prices, in your opinion?

For better or for worse, in my view the answer is no. All Clinton did was articulate a plan; it is not legislation. The price of prescription drugs is a popular topic because most people in the United States think drug prices are high, and it’s an issue that resonates well with voters. Again, this is not legislation, and if it were, it would not likely be approved by a Republican-majority Congress. Given that the Republicans seem likely to retain their majority in the House of Representatives after the 2016 election, I don’t believe any legislation can pass until 2018 at the earliest.

Even if Clinton’s plan, as we currently understand it, did ultimately pass, in my view the impact would be very manageable for the sector. Most notably, according to our estimates, any cut to drug prices inside the Medicare program would be far less than the recent 15%–20% stock correction in the sector might imply.

However, we do expect more market-based reforms. This public shaming process that politicians are employing will likely cause companies to moderate price increases going forward and also empower insurance companies to drive toward higher rebates and more substitution of cheaper drugs. So, we do expect some growth moderation at the margin, but it will probably be imperceptible at a sector level. We focus on investing in companies with drugs that deliver strong clinical value and have limited competition, which seeks to mitigate the impact of some of these initiatives.

Moving on to the topic of patent protection, do you have any concerns about the exclusivity provisions offered in the Trans-Pacific Partnership (TPP), the proposed trade agreement between 12 Pacific Rim countries?

No, I don’t have any concerns about it. The TPP proposes that drugs sold outside the United States get eight years of exclusivity. Patents currently don’t protect US drugs overseas. So, granted, eight years is lower than the current 12 years of exclusivity in the United States, but eight years should be compared to virtually no exclusivity right now, as many of the countries covered in that partnership do not honor intellectual property rights. So, this provision would protect pharmaceutical companies for eight years, which would actually be a positive for the sector, in our opinion.

What do you think the media is either not covering or may be misreporting about the biotech sector that you think investors should know?

What is your current outlook for the biotechnology space?

I think fundamentals in the biotechnology sector are as strong as ever. In our view, the sector’s new-product pipeline is full, and important new treatments are advancing for cancer, Alzheimer’s dementia, and a whole range of rare genetic diseases. In treating cancer, interest is very high in using drugs that harness the immune system to fight tumors.

A number of new drug discovery technologies, like gene therapy and RNAi (RNA interference) and antisense, allow companies to target rare genetic diseases that were previously untreatable with more traditional drug approaches. For drugs that make it through the clinical trials process, the US Food and Drug Administration is working cooperatively with the sector to bring new drugs to patients, and in most situations has approved drugs that have strong value propositions for patients.

Until recently, investor concern was generally constrained to stock valuations, not fundamentals. Although concerns about drug pricing power have arisen, I don’t expect any major change. And with more attractive valuations following this recent correction, we think the outlook for the sector is very positive.