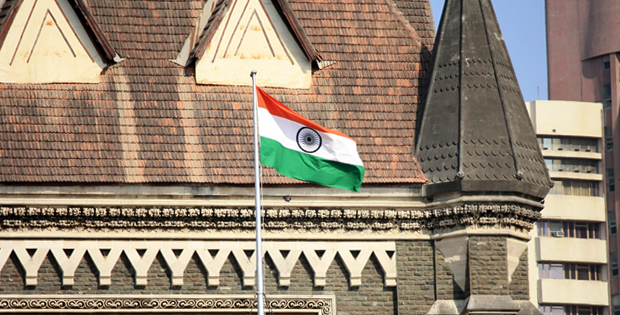 Amidst the scrutiny that emerging markets (EMs) have been coming under in recent months, it is important to remember that they are not all the same. Even within the group of the so-called BRICS economies in the advanced stages of development―Brazil, Russia, India, China and South Africa—different fortunes abound. Sukumar Rajah, managing director and chief investment officer, Franklin Local Asset Management, Asian Equity, thinks that India’s “growth-friendly” environment created in part through a number of government reforms should help steer its growth story, and help insulate the country against potential global market shocks.

We’re not surprised that in the aftermath of well-publicised concerns about China’s growth trajectory, questions have been raised about the prospects for other emerging markets—including India. We believe that in India’s case, many commentators are missing an important point: India, unlike many other emerging countries, is not a high-export economy. Its economy is more domestic-driven.

Given that exports make up just 23.6% of India’s gross domestic product (GDP),1 we think that if there is a downturn in global growth, it is likely to have less impact on the country’s economy. Compared with Russia and Brazil, which are heavily reliant on commodity prices and would therefore be affected in a global slowdown, India is a key beneficiary of a weak commodity-price environment as a net importer. In our view, lower commodity prices and the resulting impact on the cost of imports could leave India well positioned to benefit from current economic conditions, compared with other BRICS economies. India is the only BRICS country to see an increase in GDP growth from 2013−2014.2

We are already seeing signs of India’s economic improvement: Twin deficits (national budget and foreign trade) appear to be under control, inflation has dropped significantly since 2014,3 and improved currency reserves4 suggest there should be less vulnerability in the event that foreign investors withdraw capital. While other BRICS economies face their own domestic issues, in our view, India’s path is a little different. We believe a major difference between India and many other global economies—particularly in the emerging-markets arena—is its potential to sustain high growth for the next two to three decades.

Underpinning our assessment are four factors, amongst others: India’s working-age population, labour productivity, an increase in capital spending as a percentage of GDP, and capital productivity. We believe India has the opportunity to keep improving on all four metrics over a long period of time in order to build a sustainable story of growth. A recent United Nations (UN) study suggested that India will overtake China’s population by 2022,5 six years ahead of its previous projections. By 2022, both countries are estimated to see their respective populations swell to 1.4 billion, with India reaching new highs of 1.5 billion in 2030 and 1.7 billion in 2050, while China’s population is expected to remain constant post-2030.6

With India’s per-capita GDP observed at similar levels in Brazil in 1983 and in China in 2004, prosperity levels in India are decades behind other emerging markets—leaving ample room for India to catch up. Moreover, the availability of high-quality human capital means that India is well positioned to compete in the tradable services sector and higher value-added sectors such as information technology and pharmaceuticals.

Additionally, India’s age dependency ratio—the ratio of the very young or old members of society considered dependents to the working-age population (individuals typically aged 15 to 64)—is expected to decline until 2040, while many other economies are likely to see a rise in their dependency ratios. We think this trend should provide a greater pool of workers compared with many other countries,7 which we believe should ultimately create opportunities for strong domestic growth and retail flows, and contribute towards India’s growing middle-class population, expected to reach 1.1 billion by 2030.8 Foreign direct investment (FDI), which dictates the percentage of an Indian company that can be owned by non-Indian investors, is another important factor to consider when looking at India’s resilience, particularly in up-and-coming areas such as the railway industry, defence and insurance. In July of this year, India’s Prime Minister Narendra Modi helped spur the Indian government to nearly double the foreign investment limit in insurance companies to 49% from 26%.9

FDI inflows hit a record high in 201510 —gross inflows were up 22.25% the previous fiscal year—while foreign portfolio investor ownership of Indian stocks hit an all-time high, which we see as a sign that Modi’s reforms are headed in the right direction.

While recent global volatility has sparked some FDI outflows, India’s macroeconomic adjustments in the past 18−24 months have helped rebalance domestic savings. As a part of overall household savings, there has been an increased allocation to financial investments in India, particularly in the equity markets. As a result, inflows into domestic equity funds have picked up strongly, offsetting recent outflows from foreign investors.

While investments in equities have increased, currently only 2.3% of domestic household savings in India are invested in equities. So, we think more favourable regulations for investors, along with good demographics, a supportive growth environment and better investor education, could result in a strong increase in domestic investment flows into Indian equities in the medium to long run. This, in turn, could not only support the domestic equity asset class but also reduce the correlation of Indian stock markets to global markets, potentially helping to contain volatility.

Setting Up Shop in Office

The GST: A Gamechanger?

Although the implementation of the goods and services tax (GST) should be a key positive for sustainable long- term growth, we expect the pace of reforms to be gradual. The comprehensive GST has been labelled as a “gamechanger” since it overhauls the existing indirect tax system. It is a long-term strategy in which tax is levied at every stage whenever a good or service is bought, which should lead to higher output and more employment opportunities.

Since the election in 2014, the Indian government has taken many steps to provide sustainable long-term solutions to some integral problems in India, such as the need to simplify business, improve productivity, reduce corruption and cut red tape. Collective improvement efforts have encompassed a number of areas, including producing electricity, auctioning resources such as coal blocks and electromagnetic space for the telecoms industry, reducing liquefied petroleum gas (LPG) subsidies, and delivering financial services to low-income segments of society. Another priority for the government has been to increase public spending to boost economic growth, in particular, growth oriented towards infrastructure, which can be a key driver of improved productivity as well as growth. This includes projects such as roads, railways and rural infrastructure in which there is significant room for improvement. While India has jumped 16 ranks to 55th place in the World Economic Forum’s (WEF) 2015−2016 “Global Competitiveness Report,” in our view, there is still room for it to move further up the ranks towards a pro-business, pro-growth and anti-corruption stance. China, for example, ranks at 28th place by the WEF.

Modi has consolidated India’s fiscal deficit to 4% of GDP in 2015—from a high of 6.5% in 2010—and has introduced labour reforms, which we think are likely to boost manufacturing and ultimately create new jobs. He is also in the process of reducing the corporate tax rate.

India boasts one of the world’s fastest-growing economies, and its GDP growth rate is expected to surpass China’s in 2015.11

We think India is in an enviable position relative to many other economies, and holds both the structural catalysts discussed above and cyclical positive drivers to sustainable growth. The worst of India’s prolonged slowdown seems to be in its rear-view mirror: We believe growth is likely to revert to long-term trends in the near to medium term, driven by infrastructure spending and urban consumption, but also helped by an accommodating interest-rate environment that has been supported by declines in inflation.

For these and other reasons, we think India’s story is only just beginning.

5 Source: United Nations, World Population Prospects –The 2015 Revision. There is no assurance that any estimate or forecast will be realised.

7 Sources: UN Population Database (including estimates), Morgan Stanley Research. OECD Data, Historical population data and projections, 1950 to 2050; data extracted as at 4 February 2015. There is no assurance that any estimate or forecast will be realised.

8 Source: FactSet, Ministry of Statistics and Program Implementation, India, March 2015. There is no assurance that any projection or forecast will be realised. See www.franklintempletondatasources.com for additional data provider information.