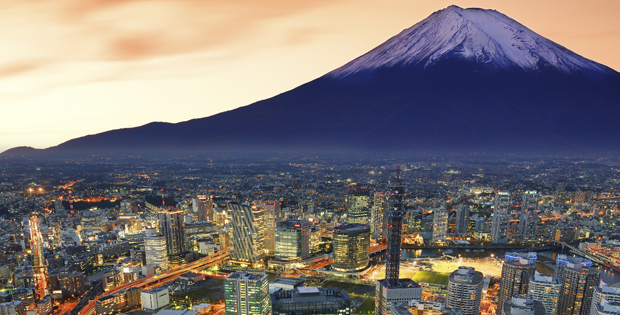 Our latest edition of Global Macro Shifts focuses on Japan, the world’s third-largest economy. Japan has embarked on an unprecedented economic policy shift to finally break out of nearly two decades of low growth and deflation. Whether or not the new strategy succeeds will have substantial implications for the global economic outlook.

An understanding of why this policy shift was needed requires an understanding of how Japan arrived at its current economic condition; the genesis, nature and magnitude of the challenges that Japan faces today.

The first stages of Japan’s lost economic momentum began in the 1970s as the economy moderated after a prolonged period of extremely strong growth that was sustained by the quick and successful adaptation of imported technologies. Then, in the late 1980s, thanks in part to easy monetary policy, Japan again enjoyed a spurt of strong growth: Real GDP expanded by an average of 5.5% between 1987–1990.

The renewed rapid growth of the late 1980s fueled unrealistic expectations of sustained strong economic expansion; together with easy monetary conditions, this helped set the stage for a massive asset price bubble in stocks and real estate. The bubble then burst, and stocks and land values collapsed. Japan entered a period that is now commonly referred to as its lost decade(s).

The Arrival of Abenomics

About three years ago, at the end of 2012, Japan’s recently elected Prime Minister, Shinzo Abe, launched a regime change in economic policy dubbed “Abenomics,” to address the country’s decades of low growth and entrenched deflation. The policy was articulated in three policy “arrows.”

The first arrow targets a far more extensive and aggressive monetary easing than previous monetary expansions. With this new quantitative and qualitative easing (QQE) program, the Bank of Japan (BOJ) has more than doubled the monetary base since the start of 2013, it has significantly extended the residual maturity of the Japanese government bonds (JGBs) in its portfolio, and it has undertaken important direct purchases of riskier assets. This strategy has triggered important portfolio reallocations in Japanese financial institutions and has sent an unambiguous signal of the BOJ’s determination to maintain a powerful monetary stimulus until inflation rises to about 2% on a sustainable basis.

The 2% inflation target has not yet been reached, partly because the sharp decline in global commodity prices has provided a formidable headwind and partly because breaking the inertia of entrenched expectations of near-zero inflation and changing wage-setting behavior have proved harder than expected. QQE, however, has succeeded in establishing core inflation solidly in positive territory, after remaining almost always below zero for over 15 years. QQE has also had a major impact on asset prices, causing the yen to depreciate by nearly 40% against the US dollar (USD) and equity valuations to more than double since QQE began in 2013.

The second arrow consists of a prudent fiscal policy that walks a fine line between supporting higher growth and inflation targets and securing debt sustainability. After a courageous consumption tax hike in April 2014 caused growth to stall, fiscal policy has focused on providing a credible medium-term consolidation framework, while supporting near-term growth with reductions in the corporate income tax over 2015– 2016.

Japan’s gross public debt stands at a staggering 245% of gross domestic product (GDP) and is unsustainable under current policies. So far, extremely favorable conditions have ruled out any adverse impact on financial stability: Japan’s debt is backed by high domestic savings, with less than 10% held by foreign investors; QQE provides additional demand support and has helped keep interest rates near zero. These favorable conditions, however, cannot be assumed to remain in place indefinitely.

While higher inflation is a necessary condition, Japan also needs to boost real GDP growth. The third arrow therefore encompasses a broad range of structural reforms. While potential GDP growth has declined over time, and now runs at a meager 0.5% rate, Japan’s productivity growth has remained healthy, on a par with advanced economy peers such as the United States and Germany. Structural reforms can give productivity growth a further push, but they also need to raise the level of both capital and labor in order to have a sufficient impact on the overall GDP growth rate. In particular, additional reforms will be needed to offset the impact of Japan’s demographics—the rapid pace of aging is set to shrink the labor force by several million workers by 2030. The government will need to take additional steps to achieve a further rise in female participation, incentivize older workers to remain in the labor force, increase selected immigration and boost labor market flexibility.

Abenomics constitutes a true regime change and has already had a significant impact— but the road to sustainably higher growth and inflation is still long. Prime Minister Abe convincingly won a second term in the December 2014 snap elections, indicating that support for the ongoing reform effort remains solid. The government, however, will need to boost efforts across key structural reform areas, notably on the labor market. Meanwhile, we expect the BOJ will have no alternative but to maintain an extremely easy monetary stance, possibly boosting QQE further, resulting in a prolonged period of a weak(er) yen and low interest rates. View the video below for a snapshot of more of Michael’s thoughts on Japan.

For a more detailed analysis of markets around the world, read “Global Macro Shifts,” a research-based briefing on global economies featuring the analysis and views of Dr. Michael Hasenstab and senior members of Templeton Global Macro. Dr. Hasenstab and his team manage Templeton’s global bond strategies, including unconstrained fixed income, currency and global macro. This economic team, trained in some of the leading universities in the world, integrates global macroeconomic analysis with in-depth country research to help identify long-term imbalances that translate to investment opportunities.