Investors in most developed markets have been dealing with a slow-growth, low-interest-rate environment for a number of years now. While central bankers in the United States and United Kingdom ponder if and when to start tightening monetary policy, Ben Russon, vice president and portfolio manager, UK Equity, Franklin Local Asset Management, believes even if we see rates start to rise in these countries, the respective economies—and equity markets—seem equipped to absorb the consequential changes. Additionally, he says that subsequent interest-rate increases down the line are likely to be mild and measured. 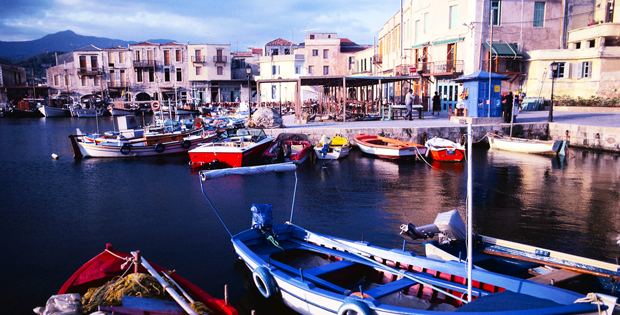 While 2015 has proven to be a fairly testing year, we think the UK economy continues to display signs of strength, certainly when compared with other developed economies. Investors around the world are coming to terms with the likelihood that markets are operating in an environment where global interest rates and growth rates are likely to be ‘lower for longer’. In many ways, it’s a continuation of conditions that investors have been dealing with for a number of years now; however, we think there are some more positive notes to focus upon.

It is true that successive monetary policy meetings in both the United States and United Kingdom have resulted in decisions not to raise interest rates, while the European Central Bank (ECB) has signalled it is considering easing its monetary policy further when its governing board meets again in December. Quantitative easing (QE) has fuelled equity markets for quite some time, and we are at a stage where equity valuations are elevated against their history, which makes volatility more prominent when you go through the sorts of growth scares that markets experienced towards the end of the summer this year.

When the US Federal Reserve (Fed) does start raising raise rates—whether it occurs at its upcoming December policy meeting or in 2016—we think it would likely continue to ram home the message that any further rate hikes in the United States will probably be very gentle. Ultimately, we expect the peak of the next rate cycle to be far lower than anything we have seen in recent history. What this means is that even if we do see interest rates rise in the United States and/or the United Kingdom—possibly before the end of this year—it doesn’t necessarily mean equity investors should panic, because we think it is something that can be absorbed.

In the United Kingdom, we don’t feel the Bank of England (BOE) has given much clarity on its interest rate intentions. It seems to be very much in a ‘wait-and-see’ mode. But one would not expect the BOE to be aggressive and move ahead of the Fed, so we think that if the Fed does not take action at its December policy meeting, then the rate-hike expectations for the BOE also could get pushed further out.

Still, we consider the UK domestic economy to be a bright spot with a number of positive attributes. The UK housing market, which is an important bellwether for both consumer sentiment and economic activity in areas such as construction, has been very robust.  The UK labour market offers another positive, with the unemployment rate at 5.4% in September, a seven-year low. In the United States, the Fed has signalled that US employment is one of the key data points it will consider when making its interest rate decision in December.

In the United Kingdom, we’re also seeing signs that wage growth is filtering through, and we expect that to be fuelled further when increases to the national living wage come into force—the first government rate is scheduled to be introduced in April 2016.

Another positive signal for investors, in our view, is the resurgence in merger-and-acquisition activity, not just in the United Kingdom, but across the world. In the second quarter of 2015, there were a total of 93 successful domestic and cross-border mergers and acquisitions involving UK companies, 46 of which were completed domestic acquisitions and 21 completed inward acquisitions.1 As my colleague Paul Spencer has previously discussed, conditions are particularly ripe for M&A activity in the UK mid-cap sector. We think the range of industries and exposure encapsulated by mid-cap stocks in the United Kingdom makes them an attractive place to look for bargains right now.

So when one looks at the problems that markets have been trying to absorb this year, many of them have been globally focused; for example, the result of what’s been happening in international commodity markets.

We would argue that the United Kingdom and the United States have been shining lights in the global economy. Our task as investment managers is to find those stocks in the UK market that can give exposure to what we view as key economic drivers.

Ben Russon’s comments, opinions and analyses are for informational purposes only and should not be considered individual investment advice or recommendations to invest in any security or to adopt any investment strategy. Because market and economic conditions are subject to rapid change, comments, opinions and analyses are rendered as of the date of the posting and may change without notice. The material is not intended as a complete analysis of every material fact regarding any country, region, market, industry, investment or strategy.

All investments involve risk, including possible loss of principal. The value of investments can go down as well as up, and investors may not get back the full amount invested. Stock prices fluctuate, sometimes rapidly and dramatically, due to factors affecting individual companies, particular industries or sectors, or general market conditions. Bond prices generally move in the opposite direction of interest rates. Thus, as the prices of bonds in an investment portfolio adjust to a rise in interest rates, the value of the portfolio may decline. Special risks are associated with foreign investing, including currency fluctuations, economic instability and political developments.