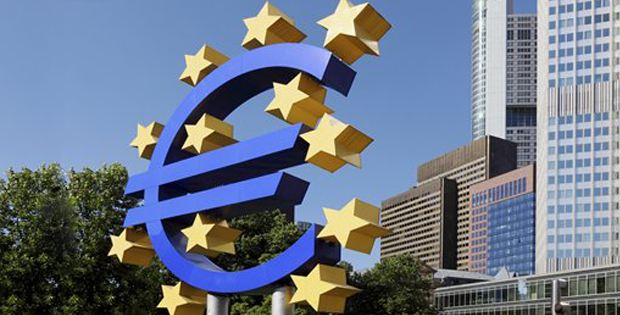 Many market observers seem to have been expecting fireworks from the December meeting of the European Central Bank’s (ECB) governing council. As a result, the response of the market to ECB President Mario Draghi’s confirmation of a modest expansion of its accommodative measures was distinctly lacklustre. However David Zahn, head of European Fixed Income, Franklin Templeton Fixed Income Group, believes Draghi’s approach to be proportionate. Here’s why.

Although markets generally seem to have been underwhelmed by the latest monetary policy announcements from the European Central Bank (ECB), I believe the measures unveiled by its president, Mario Draghi, are exactly what the eurozone economy needs, and are exactly what the market should have expected.

It seems to me the market had convinced itself that the ECB was going to do lots of things: substantially increase the size of its quantitative easing (QE) programme; dramatically extend the time frame of QE; and cut deposit rates significantly. Because of those high market expectations, ahead of the governing council meeting, I had the feeling Draghi’s announcement would likely disappoint the market. At his press conference, Draghi confirmed a cut of 10 basis points (0.10%) to the already negative deposit rate, taking it to -0.30%, which is a move that I don’t consider material, but merely keeping up the pressure on banks to lend more.

Draghi also confirmed a six-month extension of the QE programme so that it now runs until at least March 2017. The extension adds €360 billion of QE to the programme, which is not insignificant to the overall bond market. So I think increasing the QE programme is a positive move and extending the time frame is probably the right tool to use. Draghi explicitly stated that while March 2017 is the new target end date, the programme could be moved out even further, which I also think is significant.

The ECB also decided to broaden its asset purchase programme to encompass more municipalities, which had been well-telegraphed and seems to be a sensible move, in my view. Many commentators had noted that a major restriction on increasing the size of eurozone QE would be the availability of German government bonds (Bunds) for purchase. By including regional municipalities in the programme that restriction may be somewhat mitigated.

I think improvement in the eurozone economy in the 11 months since the current QE programme was announced is one of the reasons why Draghi and his ECB governing council colleagues were reluctant to do more.

At the end of 2014, the eurozone economy looked rather bleak: growth was languishing and inflation had slipped below zero. After 11 months of QE, the economy is growing more consistently, and I believe that once the effect of the oil price decline drops out of inflation figures next year, the annual rate of inflation could move slightly above 1%. Against that background, I suspect Draghi and his governing council colleagues wanted to avoid rocking the boat too much, preferring instead to keep things moving and to show that they were prepared to act.

While it’s true that the inflation outlook was revised down slightly to 1.6% in 20171— which is still slightly optimistic in my view—it will continue to head towards the ECB’s 2% target.

Of course, the ECB isn’t the only major central bank that investors are watching this month. Many observers think US Federal Reserve (Fed) policymakers will vote to raise US interest rates for the first time since 2006 at the Federal Open Market Committee meeting on December 16.

Whether the decision to raise US rates is made at that meeting or postponed until the new year, for the first time in many decades, we could be entering a period of divergent monetary policy between the ECB and the Fed. Divergence will likely have ramifications for asset prices in Europe and for bonds in particular. I expect bond prices to remain anchored because the ECB will still be a big buyer of bonds. In the United States, policymakers seem poised to shift to tightening mode. It may not necessarily be very aggressive tightening, but they are likely to begin to raise interest rates soon and that means—as I see it—the US bond market may give lower returns than the European bond market. The difference in returns is really the focus of that divergence. Traditionally, the two central banks have been operating in sync or with one lagging the other. Now, they seem to be heading in opposite directions.

In my view, European bonds should remain well-anchored. Obviously, there may be knee-jerk reactions in the aftermath of the ECB’s latest action, but in general I think many investors may consider European bonds more attractive as yields have remained low and are likely to stay that way.

All investments involve risk, including possible loss of principal. The value of investments can go down as well as up, and investors may not get back the full amount invested. Bond prices generally move in the opposite direction of interest rates. Thus, as the prices of bonds in an investment portfolio adjust to a rise in interest rates, the value of the portfolio may decline. Special risks are associated with foreign investing, including currency fluctuations, economic instability and political developments.