Now that the US Federal Reserve has delivered its first interest rate hike in nearly a decade, fixed income investors may be wondering what it all means for their portfolios. Franklin Templeton Fixed Income Group’s Chris Molumphy looks back on prior tightening cycles and Treasury market behavior, offering his take on the silver lining he sees this time around. 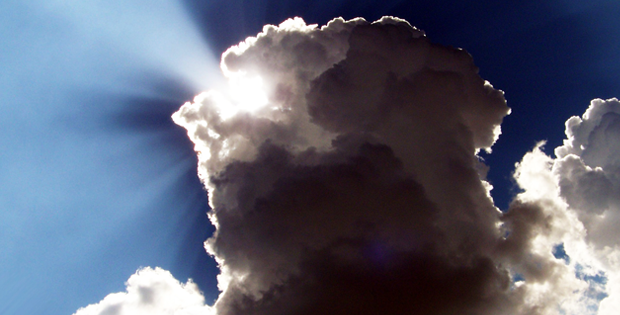 The US Federal Reserve (Fed) has finally made the decision to raise interest rates, and while we expect likely short-term volatility in the fixed income market, our research suggests that in the medium to longer term, the effect on intermediate- and longer-term rates should be limited in nature.

In particular, our analysis of previous rate hike cycles, coupled with our view of current economic conditions, suggests that longer-term interest rates—including those that are used for setting mortgage rates for example—may already reflect the impact of the long-predicted Fed rate hike, and may quickly fall back once the initial reaction to this week’s Fed news wears off.

Overall, our assessment of the Fed’s decision to raise interest rates is positive for the market because we now have more clarity—and the Fed’s accompanying statements have cemented this idea that any future increases will likely be drawn out and measured. That is the key point we’d make—rates are likely to remain low for a long period of time.

The Road to the Fed Liftoff

At the conclusion of the December 15-16 Federal Open Market Committee Meeting, Fed policymakers announced their decision to raise the benchmark short-term lending rate (the federal funds rate) for the first time since 2006. The fed funds rate was increased 0.25% to a range of 0.25% to 0.50%, which is significant in that it marks a shift in policy, but for all intents and purposes, could be considered a very minor adjustment.

In the throes of the 2008-2009 financial crisis and US economic recession, the Fed took some extraordinary easing measures, lowering the fed funds rate to zero. Since then, the economy has rebounded and it appears evident that these extraordinary measures are no longer needed.

While the markets had been anticipating a rate increase for quite some time, a key factor appeared to be the December employment report, which saw nonfarm payrolls climb 211,000 in November, in addition to upward revisions for September and October figures. More people have entered the labor force, and this seemed to be the last major metric the Fed was looking for.

But perhaps more important than the rate hike itself is the guidance given in terms of the possible path of interest rates going forward over the next one to two years. The Fed has been doing a good job telegraphing to the market its expectations for the fed funds rate and its assessment of the economy. The Fed has stated it is likely to have a go-slow approach, and this should differ quite a bit from the last time the Fed embarked on a tightening cycle starting in 2004. While inflation in the United States is not yet at the Fed’s informal target of 2%, inflation tends to lag, so we think the continued improvement in the labor market should result in a creep upward in inflation readings going forward.

We would also note that while the Fed has direct influence on short-term interest rates, the Fed’s influence on long-term rates is more limited. The 10-year Treasury note yield, for example—which mortgage rates are largely based on—is driven by market dynamics and macroeconomic factors, such as expectations for growth and inflation not only in the United States but globally. Our view is that while longer-term rates should likely move higher than where they have been given the condition of the US economy, there are influences that could keep long-term rates low for an extended period.

Fed Liftoffs and a Look at Yields

A study of the Fed’s prior tightening cycles and Treasury market behavior over the past 30 years reveals that an increase in the fed funds rate doesn’t generally result in a parallel increase in long-term yields at the same time or of the same magnitude. The chart below shows where five- and 10-year Treasury yields stood prior to a previous Fed tightening move, and the path they followed afterward over a period of months. We can see that long-term yields did indeed rise, but what’s interesting is that the brunt of the upward movement typically occurred in the five to six months before the Fed’s so-called rate “liftoff,” not after. Once the Fed started its tightening cycle, within four to five months, five- and 10-year Treasury yields had settled back near the level they were at when the liftoff began—and sometimes were even lower. To us, this evidence of how the markets have priced in prior Fed actions could help determine what we might anticipate this time around.1

One could argue that what’s happening in the global markets is likely to keep a ceiling on longer-term interest rates in the year ahead in the United States. A number of central banks across the globe continue to employ easing measures, including the European Central Bank (ECB)—which recently announced the decision to extend its quantitative easing program to March 2017. Our view for 2016 calls for a continuation of this marked divergence in global monetary policy.

The chart below shows market expectations for 10-year yields, using data from the US futures market as a guide. Market participants expect long-term rates to rise, but only by a modest amount over the next year. It helps confirm our view that there are a number of factors that could keep long-term interest rates lower for longer. Against this “lower-for-longer” backdrop, US consumer strength should prove a positive for US companies. Amid anticipated Fed tightening, this domestic consumer strength should aid corporations that are managing export headwinds tied to a stronger US dollar. While low commodity prices could pose a challenge to some of the more commodity-exposed sectors in 2016, we believe other sectors should receive a net benefit in the form of lower input costs. With adequate levels of balance sheet liquidity, the majority of US firms have continued to look generally well positioned to us, and capable of withstanding a moderate increase in interest rates. We also think that technical conditions or episodic volatility may offer opportunities to fine-tune our positioning based on relative valuations.

As we look ahead to 2016, we finally have entered this long-anticipated rising-rate environment. However, it’s likely to be slow and steady, and certainly not something we believe should cause major portfolio dislocations for fixed income investors.

Links can take you to third-party sites/media with information and services not reviewed or endorsed by us. We urge you to review the privacy, security, terms of use and other policies of each site you visit, as we have no control over and assume no responsibility or liability for them.

1. Past performance is no guarantee of future results.