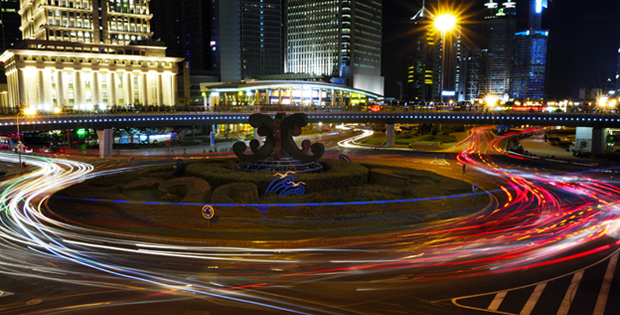 The first few days of 2016 have seen a return to the type of volatility global markets experienced in the third quarter of 2015, and the root cause seems to be the same: concern over the sustainability and trajectory of Chinese economic growth. Our Templeton Global Macro team believes many of these fears may be overblown, and feels that while volatility may continue in the short term, the underlying story for China is more positive. Here, Templeton Global Macro CIO Michael Hasenstab explains how he sees a moderation of Chinese growth as a normalization rather than a slowdown, and why he doesn’t anticipate a currency war.

During the first week of the year, China’s stock markets have declined sharply, causing widespread panic in investment markets across the globe. While we understand this may be unsettling to global investors, our deep, long-term analysis of the economic situation in China leads us to believe that now is not the time to panic. On the whole, our view remains that underlying conditions in the Chinese economy are fundamentally more stable than markets have recently indicated. We still believe that China’s policymakers have both the tools and the financial firepower to counter the recent slowdown and keep growth on track at 6%–7%, which in turn we believe is sufficient to support global growth.

The Importance of a Strong Chinese Equity Market

A strong equity market carries benefits for China: (i) It provides a more attractive backdrop for IPOs, and  for private equity financing, opening up a new financing opportunity for small and medium-sized enterprises which have more limited access to credit; (ii) it creates a better backdrop for privatizations, supporting the State-Owned Enterprise (SEO) reform process; and (iii) as share ownership has broadened over the course of the rally, it can also give some support to domestic consumption via a wealth effect, even if limited (equity ownership remains extremely low in China at less than 2% of household assets).

Policymakers are trying to strike the right balance. They want to prevent a stock market crash, which would not only pose a risk to economic growth, but also set back the progress in making the equity market a more important part of the economy, both as a source of financing for corporates and as an investment opportunity for savers. They will prefer, however, to help the market stabilize rather than to fuel another sharp run-up in valuations that could set the stage for a full-fledged crash.

Over its relatively short history, China’s domestic stock market has been prone to extreme fluctuations, partly because it has been closed to international investors. And although China’s stock market still plays a relatively minor role in its economy, both as a source of capital for companies and as assets for households, its importance on both sides has increased.

Last summer, the Chinese government adopted a number of administrative measures to halt the fall in stock prices after a correction that alarmed investors around the world. It is worth recalling that the correction at that time came after valuations had more than doubled over the previous 12 months, but it did not precipitate the fully fledged crash that some observers had predicted.

The People’s Bank of China (PBOC) has once again intervened to devalue the yuan, and once again some commentators are interpreting the devaluation as a signal that policymakers remain deeply concerned about the growth slowdown.

While some observers feel the Chinese authorities may seek to engineer a substantial depreciation to boost growth through exports—leading to currency wars that may disrupt global growth and the global financial system—our view is different.

As we maintained in our Global Macro Shifts deep-dive analysis of China, we believe China’s policymakers will most likely stay the course. We would note that before the depreciation in August 2015, China’s currency had appreciated by over 12% on a real effective basis in the preceding 12 months. Furthermore, China had experienced some “hot money” outflows during the first half of the year, which also clearly influenced policymakers’ actions. Although the renminbi has experienced a modest depreciation, we do not feel the move is a precursor to a larger uncontrolled weakening, as feared by markets.

We do not share the markets’ current pessimism over the trajectory of China’s economic growth. We view the recent moderation of growth in China as an inevitable normalization for an economy of its size; its nominal level of gross domestic product (GDP) is now five times the size of what it was 10 years ago. Thus, a lower rate of growth still represents a massive level of global aggregate demand.

In our assessment, the quality of growth in China has improved in recent years. Increasing labor costs and interest rates have put downward pressure on profits; however, higher wages boost consumption, which has increasingly become the anchor of Chinese growth; we estimate that consumption is close to 60% of GDP and rising. Additionally, new interest-rate liberalization policies can redirect capital to the whole economy, particularly the private sector, which we expect to be the future driver of growth.

The private sector in China now contributes more to job growth than the state-owned sector, which has not been the case for the past 30 years. China’s rapid urbanization process will also necessitate development. Plans for infrastructure investment are underway as the railways sector is set to expand along with demands for broader water purification and environmental related projects. Such projects could somewhat offset the negative drags on growth from the contractions in manufacturing and the excess capacity in the real estate sector. Furthermore, property prices appear to have bottomed out due to earlier easing measures.

Overall, based on our analysis, we believe China will remain on course, with GDP growth decelerating moderately toward the 6% mark over the next few years1 while the economy shifts toward consumption, services and higher value-added manufacturing. This has important implications for the global economy:

In short, China’s economy is in a crucial stage of rebalancing but we believe it is not at risk of collapsing. Some of the traditional engines of growth (manufacturing, real estate and local government spending) have stalled or contracted but new engines of growth (the service sector and a new generation of private sector companies) are taking over. Although we may continue to experience volatility in the near term, we remain optimistic about China’s outlook as it searches for its new equilibrium.

1. There is no assurance that any estimate or forecast will be realized.