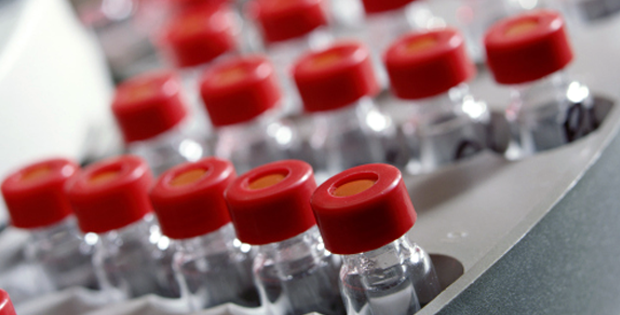 This post is also available in: French German Spanish Polish

The US biotech sector has lagged the overall equity market so far this year, as it has faced intensified criticism about prescription drug prices. The industry has bounced above its first-quarter lows, but as of late April still trails the overall market, and politically driven drug-pricing concerns—which we feel have been overblown—still loom large this election year.

While the potential exists for some additional pricing and reimbursement pressure, we think those obstacles are far outweighed by the innovation wave we have seen recently. When we combine those potential advances with the recent stock-price correction and the resultant attractive valuations, we maintain a positive outlook for investing in the sector.

Political pressure first came to bear on the sector last summer after a small private company raised the price of an older drug it acquired by 5,000%, bringing this long-simmering issue into the public dialog and spurring Democratic presidential candidate Hillary Clinton to announce her plan for controlling drug costs. The House Committee on Oversight and Reform already had begun an investigation on a large pharmaceutical company’s price increases earlier in 2015, and it then asked to subpoena the small private company about its price increase.

The House Committee’s investigations are still under way, and drug prices continue to be a campaign issue; even Republican presidential candidate Donald Trump has spoken out in favor of parts of Clinton’s plan, such as allowing Medicare to negotiate drug prices. In response, the pharmaceutical and biotech industries have initiated a two-pronged operation. On the offensive side, the main trade organizations for the industries (Pharmaceutical Research and Manufacturers of America for pharmaceutical companies and Biotechnology Innovation Organization for biotechnology companies) have launched advertising campaigns that focus on how prescription drugs have improved patients’ quality of life and have helped them avoid more costly health-care interventions such as hospital stays. On defense, companies have simply moderated their price increases. Additionally, we believe the business model of buying the rights to off-patent drugs that have no generic competition with the sole intention to increase the price is likely to disappear.

At this point, we think there’s too much political attention on the drug-pricing topic. We believe when the next congressional term starts in January 2017, politicians will likely feel the need to do something, and we expect Congress to pass some minor piece of legislation to help make drugs more affordable for patients. We also expect to see more market-based reforms such as higher rebates or more substitution of cheaper drugs. We do not believe anyone wants to “kill the golden goose,” however, and even politicians would likely admit that draconian price controls would reduce the incentive for investing in drug research and development, which has resulted in many breakthrough therapies in the last several years. More effective treatments and drugs for many diseases are still needed, and no one really wants to disincentivize the biotech sector from continuing to invest in new products and medicines. We think everyone at the table acknowledges that the right thing to do is compromise in a way that preserves the prospects for this industry going forward.

That said, we believe the sector is well-equipped to handle potential disruptions, including political interference. The industry adapted to the new payer environment 10 years ago and refocused its efforts on new drug discovery platforms, novel compounds and areas of significant unmet medical need. We are seeing the benefits of that now in terms of what we consider to be unprecedented innovation in the industry’s product pipeline.

We are excited about many advances at the moment, especially treatments for conditions that we believe have been inadequately addressed in the past, particularly Alzheimer’s disease. Many of the Alzheimer’s-focused products that are moving through the late stages of clinical trials are disease-modifying agents that build upon some of the earlier treatments by attacking more of the disease’s symptoms. We expect those trials will start to produce meaningful data later this year, and are excited to see the results. We also believe that advancements in treatments of other neurodegenerative disorders, such as Parkinson’s and amyotrophic lateral sclerosis, will likely come soon.

We have also been encouraged that several types of cancer are now largely well-controlled, including some lymphomas, low-risk prostate cancer and early-stage breast cancer. There is, of course, still a lot of work to be done in the battle against the disease. We are particularly interested in the area of immuno-oncology, which is the use of the body’s immune system to fight cancer. Specific classes of drugs stimulate our immune system in certain ways that allow the body to fight off cancer more naturally, and we have seen incredible results so far. Over the next few years, we believe a number of combinations of these immuno-oncology agents will produce clinical data. We are optimistic that as these trials proceed, we will have significant progress going forward.

Gene therapy is another area we are excited about. Gene therapy involves the direct manipulation of DNA and RNA, which can fundamentally correct the underlying causes of many genetic diseases. We have already seen gene therapy work for blood disorders such as beta thalassemia and sickle cell anemia. It has also worked for neurodegenerative disorders such as spinal muscular atrophy and for certain rare eye disorders. We are optimistic that gene therapy will be more broadly applicable and will be transformative for many rare genetic disorders that previously could not be treated through more traditional drug approaches.

In our view, these novel therapies, particularly ones that are in areas of high-unmet medical need, provide strong clinical value or have limited competition, will likely prove resistant to pricing pressures. We feel that fundamentals in the industry are still strong, with full pipelines, cooperation between drug companies and the US Food and Drug Administration, and continued advancements in medical innovation. These factors give us confidence in the outlook for biotechnology stocks moving through 2016 despite potential headline risks from the presidential election.