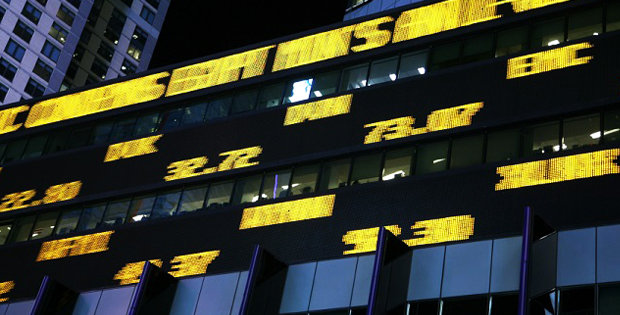 In the first of a regular series, “Thin Slicing the Markets,” Matthias Hoppe, senior vice president and portfolio manager, Franklin Templeton Solutions, describes why investors might consider a defensive posture in their portfolios in light of what he sees as some problematic headwinds in the United States.

A Blessing Indeed? US$19 Trillion and Counting

Alexander Hamilton, were he alive today, would likely be dismayed at the enormous wall of debt his country has amassed in the years since his passing.

“A national debt, if it is not excessive, will be to us a national blessing.”

Quoted in US Department of the Treasury, “Our History.”

To better conceptualise the enormity of this liability, consider the following hypothetical: if one were to neatly stack $19 trillion in one-dollar bills, the pile would reach a height of 2,075,175 km—six times the distance between the earth and the moon.

Adding insult to presumed posthumous injury, economists often invoke Hamilton’s name in defending this glut of liability (I guess selectively choosing to ignore the bit about “not excessive”).

The ratio of nonfinancial debt in the United States (debt consisting of household, business, and federal and state government liabilities) to gross domestic product (GDP) rose to a record 248% in 2015, up from the previous record of 245% set in 2009. Total debt (including financial) increased by approximately $2 trillion last year, $1.4 trillion above the gain in nominal GDP.

Thus the ratio of total debt-to-GDP closed 2015 at 370%, well above the 250%–300% level typically defined by academics as the level at which debt no longer enhances productivity but instead impedes it. Additional food for thought; economist Van R. Hoisington recently wrote that in the 45 years leading up to 2000 it took roughly $1.70 of debt to generate $1.00 of GDP in the United States. Since then, however, it has taken on average $3.30 of debt to generate the same $1.00 of GDP. The increase suggests that while Americans (and American corporations) continue to lever everything but their kitchen sinks on their collective balance sheets, the return for each dollar borrowed is rapidly diminishing.

Clearly this massive burden—a liability facing both the United States and developed markets globally—is a problem. In addition to impacting GDP, debt significantly affects corporate fundamentals. I expect this headwind to persist.

The bottom line is that my analysis—and my instincts—tell me things are not terrific from a US growth standpoint. Given this debt/earnings headwind, in addition to other less-than-encouraging factors, I think investor portfolios should be positioned accordingly.

Our strategy on the equity side has been largely defensive, employing tactics we believe should bolster total return if markets flounder, but maintaining beta1 exposure should markets rally. We are not suggesting investors abandon ship on US, Japanese and European equity exposure; but mustering the lifeboats and furling the mainsails is probably a prudent choice.