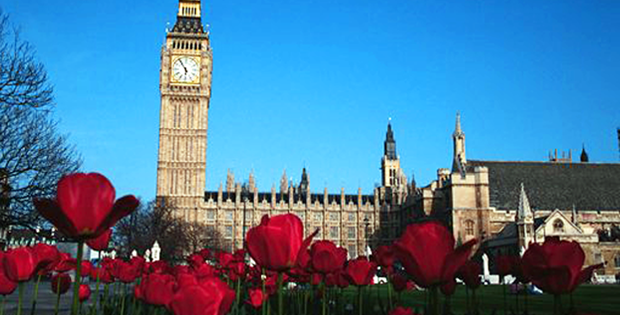 In the aftermath of UK voters’ decision to leave the European Union (EU), we’ve seen political fallout, including the resignation of Remain proponent Prime Minister David Cameron, and a plunge in the UK currency, the pound, which fell to its lowest level versus the US dollar since 1985. And, as I predicted earlier this month, we’ve already seen the issue of Scottish independence resurface, as a majority of Scots voted to remain in the EU.

I think it’s more difficult to assess the long-term consequences because there are so many variables. It is clear to me that Brexit will likely end up hurting the UK economy more than it will the EU’s; UK exports to the EU account for 13% of the United Kingdom’s gross domestic product (GDP), versus 3% the other way around.1 So, in my view, the United Kingdom needs the EU more than the EU needs the United Kingdom.

Like many market observers, I would expect UK GDP growth to decline and unemployment to rise, as businesses put investment and hiring on hold while they assess the new reality. It’s going to take a significant amount of time for the United Kingdom to negotiate a new deal with the EU, which will need to be ratified by all remaining 27 EU members. That will likely take a long time. The EU treaty provides for a period of two years, but I think it will likely take much longer. More than 80,000 pages of treaties incorporated over time into UK law will need to be looked at one by one.

In the end, I think any initial success for Brexit will likely depend on whether negotiations between the United Kingdom and the EU are amicable or acrimonious. In my view, the EU has little reason to make it easy for the United Kingdom to create a dangerous precedent, so we likely face a prolonged period of uncertainty that will weigh on markets globally. Additionally, the role of the city of London as a global financial center is likely to be reassessed. Recently, the president of a large financial company publicly said in an interview that his company would consider moving its European headquarters from London to either Dublin or Frankfurt in the event of a Brexit.

I also believe the EU faces a number of consequences in the aftermath of the Brexit vote, although they will likely be less significant for the bloc than for the United Kingdom individually. The economic impact on the EU will likely be less, but uncertainty could weigh on its already-modest GDP growth. But, in my view, the main challenge will be the political risks created by the Brexit decision; there is a clear domino risk that other EU countries will use the UK decision as a precedent to vote to leave the EU.

Additionally, I think we could see a widening of sovereign credit spreads in Europe, particularly in Spain and Italy. Investors could also rush to the perceived safe haven of German bonds. We also anticipate a potential rise in the already-high risk premium attached to European equities.

We should be better able to gauge the EU’s initial reaction to Brexit at the EU Summit on June 28–29. I would not expect a momentous initiative to come out of the summit, but rather lofty statements of intent. In the end, it’s going to depend on the ability and willingness of politicians, particularly in France and Germany, to create some momentum toward closer integration among EU member states; that very much remains to be seen.

As for a response from the European Central Bank (ECB), I think its options are pretty limited. It’s already doing a lot with its quantitative easing (QE) program in full swing. Its QE policy has been expanded in amount and in scope to now include corporate bonds, and the ECB is about to begin a bank financing program called targeted long-term refinancing operations. That being said, I expect the ECB could and would act further if a severe crisis happens.

While the recent market turmoil may be troubling, it’s not the end of the world. The United Kingdom remains the second-largest economy in Europe and home to many strong global companies that may actually benefit from a weaker pound. At the same time, I expect financials and domestically oriented cyclical stocks to be the hardest-hit areas of the equity market within the United Kingdom and the EU. The more defensive and higher-yielding areas of the equity market, which are generally trading at elevated multiples of earnings and cash-flow rates, will likely remain popular with many investors as uncertainty and volatility persists.

We at Franklin Mutual Series are closely following the market repercussions of this momentous decision. We remain cautious as there is, at present, little clarity as to how this situation will evolve. However, we also stand ready to take advantage of the volatility by seeking out high-quality companies with solid balance sheets and good cash flow that may become unduly caught up in the general market panic.

All investments involve risks, including possible loss of principal. The value of investments can go down as well as up, and investors may not get back the full amount invested. Stock prices fluctuate, sometimes rapidly and dramatically, due to factors affecting individual companies, particular industries or sectors, or general market conditions. Value securities may not increase in price as anticipated or may decline further in value. Special risks are associated with foreign investing, including currency fluctuations, economic instability and political developments. Bond prices generally move in the opposite direction of interest rates. Thus, as the prices of bonds in an investment portfolio adjust to a rise in interest rates, the value of the portfolio may decline.