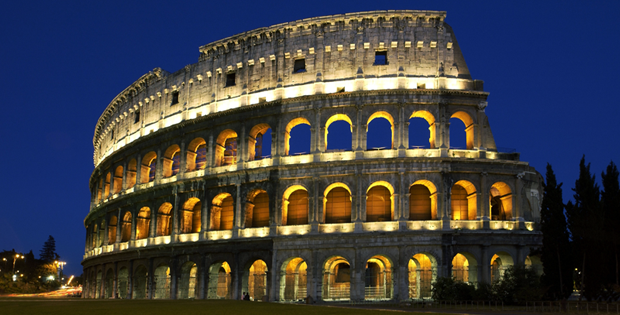 The swift appointment of a new UK prime minster, just weeks after David Cameron’s post-referendum resignation, should be a positive sign for the United Kingdom.

Markets don’t like uncertainty and the fact that Theresa May seems to have entered 10 Downing Street with a clear sense of direction should offer a strong message to markets.

One of her clearest signals is her indication that there would be no backing down from the United Kingdom’s withdrawal from Europe, and her insistence that it’s her job to get the best deal for the country.

We think that should help UK market sentiment. There remains some uncertainty about how negotiations will proceed, and we think there will have to be some give and take. But we believe some sort of deal will be struck because Europe needs the United Kingdom and the United Kingdom needs Europe. There has been a lot of talk of the United Kingdom adopting the Canadian, Norwegian or Swiss model for its relationship with the European Union (EU); we think the United Kingdom will do its own thing and go for its own model—likely to be a hybrid of several approaches.

While much of the attention in the coming months is likely to be on the politicians, monetary policy is also likely to be an important pillar. We think government stability, a weaker currency and accommodative central bank should help minimise the economic repercussions of Brexit.

So far, Bank of England (BOE) Governor Mark Carney appears to be very supportive of the markets. We’ve seen in a number of regions across the world where politicians are not as focused as they could be on the economy, and central banks have tended to step in.

Is Italy Going to the Polls Too?

Meanwhile, as the rest of the Europe reflects on the aftermath of the UK’s Brexit vote, another potentially disruptive referendum looms on the horizon: this time not on EU membership, but on the Italian constitution.

After failing to get planned constitutional reforms through both houses of the Italian parliament with the required majority, Italy’s Prime Minister Matteo Renzi is expected to put his proposals to the country’s voters in a referendum. There’s no scheduled date for the vote yet, but it’s expected to take place during October/November.

Significantly, Renzi has staked his political future on the referendum, saying he would resign if the vote goes against him. In terms of investor confidence, we believe it’s important to get more stable governments in Italy. Since the constitution came into force in 1948, the average administration lasts only about 13 months. So we consider any electoral reform that could promote increased stability to be a step in the right direction.

But as we saw in the United Kingdom, referendums can be unpredictable beasts. Although electoral reform and the drive to get politics working more smoothly in Italy was one of the pillars of Renzi’s campaign to become prime minister, there have been signs of a shifting political mood among voters. The results of the recent local elections in particular saw an unexpected surge in support for the populist Five Star Movement.

While not likely to have the impact of the UK’s EU vote, we think this potential referendum brings some uncertainty to the country and possibly further afield. Renzi is considered a reformer not just in Italy but also on the European stage, where he’s considered a strong leader. We feel Italy still has some way to go on the road to reform and if the reformer is out then observers may start to question whether the journey will continue.

Renzi’s wider European role is likely to be especially important in the face of the German and French elections next year. If he were to fail, there’d be a chance that the eurozone’s three most powerful economies could have different leaders within a year.

Significantly, we don’t think current Italian bond yields reflect the risk of Renzi’s failure, nor the challenging state of the country’s banking system. Right now the yield on the Italian 10-year government bond is 1.2%, which we consider low for the inherent political uncertainty. The market is likely to take some comfort from the European Central Bank’s ongoing buying programme, but it should also consider the weakness of the Italian banking system, which is seen as one of the least-capitalised banking systems in Europe.

The Italian banking system is widely regarded as needing an injection of capital, but there are question marks over how that could be achieved. Under European Commission rules, any state support is likely to require subordinated debt holders to take a haircut, but most of those creditors are retail investors so that would prove politically difficult in Italy.

In response, our strategy has been to lighten Italian exposure in favour of a more diversified portfolio of corporate credit across Europe. We think that in the so-called periphery eurozone countries, notably Spain and Italy, there remains a substantial chance that political events could create some volatility, and we don’t think investors are really getting paid for that at the moment.

To get insights from Franklin Templeton delivered to your inbox, subscribe to the Beyond Bulls & Bears  blog.

All investments involve risks, including possible loss of principal. The value of investments can go down as well as up, and investors may not get back the full amount invested. Bond prices generally move in the opposite direction of interest rates. Thus, as prices of bonds in an investment portfolio adjust to a rise in interest rates, the value of the portfolio may decline. Foreign securities involve special risks, including currency fluctuations and economic and political uncertainties.