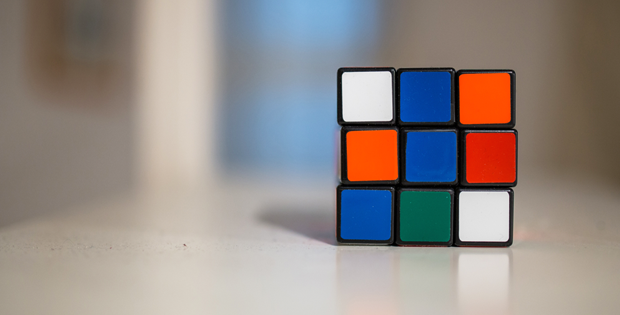 The Australian equity market has seen positive returns so far this year,3 but the country’s bank stocks—particularly those of the country’s “Big Four”—Commonwealth Bank of Australia, Australia & New Zealand Banking Group, Westpac Banking Corp. and National Australia Bank—generally haven’t participated in the rally and have even lost ground.4

Is the Post-Brexit Shock Over?

Outside the Big Four, a bank that is listed both in Australia and the United Kingdom is exposed to the United Kingdom through its two UK businesses. Given the uncertainty surrounding the potential effects of Brexit on the UK economy, we are cautious about this particular bank’s outlook at the moment.

The indirect impacts of Brexit have included the market volatility that followed in the first days after the vote. The results of the referendum surprised many observers, and stocks sold off immediately. The market has fully recovered since then, as investors are perhaps a little bit more sanguine about the fears that were initially being raised. So we are less concerned about the durational effects of the overall market volatility in the aftermath of the Brexit vote.

We are more concerned that events such as Brexit could raise the risk premiums Australian banks pay for their funding costs, of which 20%–25% is raised in international wholesale markets.9 These wholesale funds provide banks with access to liquid markets that it uses to, for instance, lend to domestic borrowers. The banks already are bracing for a potential increase in funding costs because Australia’s AAA credit rating as a sovereign country is under review by Standard & Poor’s. A potential downgrade over the next one to two years would have direct funding cost implications for Australian banks.

Peering a bit into the future, the rise of financial technology (“fintech”) companies could pose a challenge to traditional Australian banks. Fintech companies attempt to use technology to make financial services more efficient for end users, and they tend to challenge more traditional companies that are more reliant on physical distribution structures.

In the shorter term, which we consider the next three-to-five years, we believe fintech could have a modest impact on the banking sector. The Australian banking industry is heavily regulated and highly concentrated, so it is very difficult for new entrants to have a meaningful impact on the same scale as the existing players.

In the longer term, we think fintech companies will end up crimping banks’ profitability. Australian banks have generally been able to earn well above cost-to-capital returns through the credit cycle, and we expect fintech operators to begin targeting those pockets of excess profitability and growth. As a result, we expect fintech companies could claw away some of the banks’ profits over the next five-to-10 years.

We think fintech companies could pose a greater challenge to the payment system activities of the banking sector than the lending or deposit-taking activities of the sector because we believe the banks’ own technology innovations (including alliances) and regulatory barriers reduce the potential market for the fintech entrants in those areas of the market.

We see stronger potential for fintech companies to gain profitable share from the banks in digital payments origination, particularly in the consumer and small and medium-sized enterprises segments as real-time settlement becomes a reality in Australia in late 2017 and mobile/Web-based solutions rapidly evolve. Threats could come both from large-scale players and local fintechs that are providing solutions to specific needs such as a company that is providing a cashless payment system in schools.

Uncertainty May Lead to Opportunity

This recent uncertainty around Australian banks has pushed valuation levels to the point where, on a medium- to longer-term basis, we consider the sector undervalued compared with other high-yielding sectors such as listed real estate trusts or infrastructure stocks. And we believe the banks will likely continue to offer sound fundamentals unless the country suffers a material economic retracement. With the expectation for continuing low domestic interest rates and the lower Australian dollar, we believe Australian equities in general—and banks in particular—offer attractive long-term value.

Hear more from Alastair Hunter about the potential effects of fintech on Australian banks in this brief video below:

1. Source: Bloomberg LP, as of August 16, 2016. The Australian equity market is represented by the S&P/ASX 200, which comprises the largest 200 companies listed on the Australian Securities Exchange. Indexes are unmanaged, and one cannot invest directly in an index. They do not reflect fees, charges or expenses. Past performance is not an indicator or a guarantee of future performance. See www.franklintempletondatasources.com for additional data provider information.

5. Source: Franklin Templeton Investments calculations using company data. The total does not include the issuance of hybrid shares.