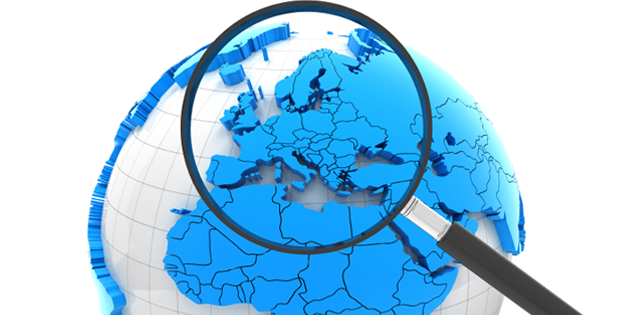 The traditional summer lull for European financial markets was slow to arrive and quick to end this year, and we expect some of the developments that have taken place during the summer months could dominate the direction of markets for some time to come. In particular, the United Kingdom’s surprise vote in June in favour of Brexit meant that July, generally regarded as a quiet month for European markets, was unusually torrid for mainstream investors and investment professionals alike.

In my view, the short-term repercussions of the Brexit vote don’t seem to have been as dire as originally forecast by the “Remain” campaign. In the month following the vote, the UK retail sector grew by 5.9% compared with the previous year.1 And despite doom-mongering headlines, UK corporate bonds have performed well,2 due in part to the Bank of England’s (BOE’s) post-Brexit stimulus package, which encourages businesses to keep borrowing, investing and hiring.

While I view the BOE’s decision to cut interest rates further in August—to a record low 0.25%—as an important reaction to the Brexit vote, I think it will be more important to see how it steers its reinvigorated quantitative easing (QE) programme. The BOE announced in August that it would implement a new £100 billion Term Funding Scheme—a programme designed to mitigate the effects lower rates will likely have on retail banks. This move, which mirrors the European Central Bank’s (ECB) asset purchase programme expansion, is part of a long-term, three-pronged monetary approach that includes buying up to £10 billion of UK corporate bonds and expanding its existing asset purchase programme. As a result, the BOE’s total asset purchases will be nudged up to £435 billion. BOE Governor Mark Carney has previously indicated that he held “no interest” in pursuing negative interest rates in the United Kingdom, so I think he is more likely to implement additional stimulus than to advocate further rate cuts.

As it happens, the UK Referendum vote wasn’t the only plebiscite raising eyebrows for investors. The shocking result in the United Kingdom and the initially tumultuous reaction that included the resignation of UK Prime Minister David Cameron turned the spotlight on the forthcoming Italian constitutional referendum scheduled for November of this year. That too has the potential for contagion outside domestic borders if the vote goes against Italian Prime Minister Matteo Renzi and he potentially resigns leading to new elections. Indeed, the outcome of the Italian referendum could have significant implications for the European Union.

Could the UK Prime Minister Be Knocking On the Wrong Doors?

With general elections scheduled for both France and Germany next year and a continued uncertain political situation in Spain, the potential of an additional election in Italy means that four of the largest eurozone states could potentially have new leaders over the next 12 months.

That poses a dilemma for UK Prime Minister Theresa May, who is calculating when to fire the starting pistol on Brexit by triggering Article 50 of the Lisbon Treaty. She is unlikely to want to begin the two-year period of negotiations without knowing with whom she is likely to be negotiating.

Political uncertainty is even more pressing in Spain, which has been without an elected government for nine months. Elections in December 2015 and June of this year were inconclusive, and at the end of August Spain’s acting Prime Minister Mariano Rajoy failed to secure parliamentary backing to form a government, meaning a third election is possible. It is interesting to note that the to-ing and fro-ing of the Spanish government does not seem to have been a concern for the bond market. The country’s gross domestic product growth has accelerated in the months of uncertainty—perhaps boosted by loosening of Spanish fiscal policy.

The Shift to Credit—and the Shifting US Political Landscape

Meanwhile, as a result of the political upheaval besetting Europe generally, we believe the ECB’s monthly €80 billion purchase programme in public- and private-sector securities is likely to be extended past the projected finish date of March 2017.

Another event that is on everybody’s radar is the US presidential election. Currently, markets seem to be pricing in a victory for the Democratic candidate Hillary Clinton, a position that appears to be supported by many of the latest voter polls. However, if Republican candidate Donald Trump were to win, we think markets are likely to experience heightened volatility.

2. Source: Standard & Poor’s. See www.franklintempletondatasources.com for additional data provider information. UK corporate bonds are represented by the S&P UK Investment Grade Corporate Bond Index, which seeks to track the performance of debt issued by any investment-grade corporation denominated in UK sterling, regardless of domicile and market of issuance. The UK Investment Grade Corporate Bond Index returned 9.4% from June 24, 2016–September 5, 2016. Indexes are unmanaged, and one cannot invest directly in them. They do not include any fees, expenses or sales charges. Past performance is not an indicator or a predictor of future performance.