So far, the worst predictions of post-Brexit-vote financial Armageddon have proven unfounded. In fact, UK-listed large-capitalisation stocks have generally performed strongly in the weeks since the June 23 vote. But Colin Morton, vice president, portfolio manager, UK Equity Team, Franklin Local Asset Management, would be amazed if the consequences of the decision to leave the European Union (EU) were not greater than we’ve experienced in the last 10 or so weeks. As he explains, it may take a longer period of time before we see the genuine market impact of the EU referendum decision. 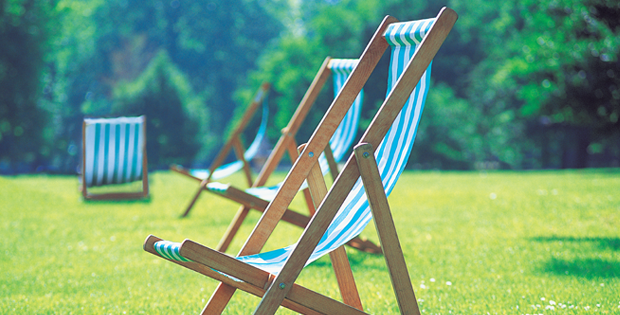 In general, the market’s reaction to the UK vote to leave the European Union (EU) has followed a predictable pattern. The initial response of many investors was to conclude the decision was going to hurt the UK economy, so they rushed to invest in the large-capitalisation (large-cap), multinational companies that generate profits primarily from outside the United Kingdom. So less than a week after the vote in June, we were already seeing strong performances from a number of internationally focused, UK-listed large-cap stocks.

In the immediate aftermath of the Brexit vote, data was already emerging to suggest the situation in the United Kingdom was not as terrible as some had feared, although some survey data continued to be negative. This doesn’t strike us as particularly surprising, as often the responses of those people being surveyed may reflect the commentary they are reading. In the last five-to-six weeks or so, much of the actual published economic data has been more positive than many observers had thought it was going to be. Retail sales and housing prices in particular have held up well, and UK consumer-oriented stocks proved resilient in July.

As a result, we’ve seen a rebound in the share prices of a number of UK domestic companies; many are still below their pre-Brexit-vote levels, but not by as much as they were in the immediate aftermath of the decision. We’ve identified some opportunities in stocks we think were over-sold after the Brexit decision, notably in the house-building and home improvement, recruitment and food retail sectors.

But in general at this juncture following the vote, investors seem to be struggling a bit more in terms of what the potential Brexit impact could be—and where to put their pounds/dollars/money accordingly. In the weeks since the Brexit vote, the re-rating of large-caps, defensive mid-caps and UK-domestic companies may give the impression the market thinks the United Kingdom’s decision to leave the EU would not have any effect at all on the UK economy and the companies that operate there. We think it’s unlikely that the situation today is representative of what will happen as the progress towards the United Kingdom’s eventual exit from the EU unfolds. We feel the more likely scenario is a gradual slowdown, as businesses stop hiring and cut back capital expenditure. That poses a challenge for investors looking to position themselves in this market environment.

Many large caps are at the highest valuation levels that I’ve seen in my career, trading on price-to-earnings (P/E) ratios1 that would normally make investors cautious. It is understandable why investor behaviour has been driving UK equity valuations higher, because alternative sources of returns—traditional bonds for example—look so unattractive. For some investors, these large caps offer perceived safety because of their relatively solid pricing power and earnings.

Equally, with these companies able to borrow at historically low interest rates, many investors seem to be putting their faith in the ability of these large caps to grow dividends. We’re seeing stocks that we’d consider reliable cash generators trading at P/E ratios of around 20, which some investors might consider too richly valued in normal conditions, but nonetheless, these stocks have been the drivers of overall market returns.

Investors therefore may choose to swallow hard and continue to hold stocks that they usually wouldn’t hold under normal circumstances. We recognise that making a decision based on relative prices can be a dangerous game. As the market discovered during the so-called “dot-com” bubble of the late 1990s, there’s likely little benefit in identifying one stock that’s cheaper than others in the same sector if they’re all dramatically overvalued.

Our strategy is to try to keep a foot in both camps: retain some exposure to quality names, even as valuations ramp up, while at the same time looking for interesting new opportunities, however few and far between they might seem at the moment.

1. The price-earnings (P/E) ratio for an individual stock compares the stock price to the company’s earnings per share. The P/E ratio for an index is the weighted average of the price/earnings ratios of the stocks in the index.