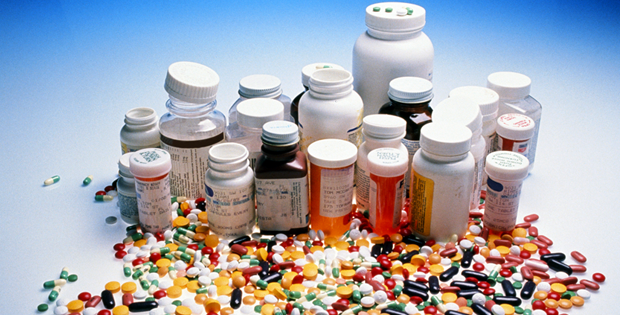 This post is also available in: French German Spanish Polish

US presidential candidates’ comments on the pricing tactics of US pharmaceutical companies, along with proposals to curb what are seen as abuses, have played a major role in the biotech sector’s rocky returns over the last 12–18 months. They have also sparked fears that the US government may soon impose price controls on prescription drugs or other restrictions on the sector—thereby potentially eliminating its incentive to continue developing innovative treatments and products.

Despite the rancor generated by recent high-profile cases of controversial drug-price increases, there are three reasons why I believe the latest political hand-wringing won’t result in any significant changes to the industry.

First, let’s be clear on what these comments really are: headlines and campaign rhetoric. When a candidate is running for president, his or her job is to win the election, and that individual will oftentimes wade into current hot-button issues to generate coverage and gain support. It’s also important to note that proposals we have seen thus far, which include capping monthly out-of-pocket costs for prescription drugs and allowing Americans to import drugs from abroad, are not legislation. In fact, it’s unclear whether any candidate would make drug pricing a major political agenda item for their administration.

Second, there is currently no mechanism by which any politician or government entity could directly set the price of pharmaceuticals in the United States. We have a free-market system; for better or worse, manufacturers can set a price and raise it as they wish. The US government regulates very few industries, outside of monopolies such as regulated utilities, to this extent. Given that the United States is considered a world leader in pharmaceutical innovation, we think it’s unlikely that politicians would want to impede the profit motivation of innovation and potentially severely impair the industry’s growth.

Third, attempts to alter the reimbursement landscape through administrative action, as opposed to legislation, have already proved unpopular. In the midst of the drug-pricing noise this year, a government agency tried to change how, under the Medicare Part B program, physicians and hospital outpatient departments are reimbursed for drugs and remove the incentive that favors high-priced drugs over lower-priced generics. The proposal was met with rapid and strong opposition from patients and physicians—as well as from politicians on both sides of the aisle—resulting in the agency scaling back the program. So, rallying for change on this issue sounds good on the campaign trail, but when implementing a reform that could affect actual patients, it seems to lose its appeal.

The bottom line is that we do not expect legislation or administrative efforts to have a significant negative effect on the biotech or drug industries in 2016 or 2017. We consider the possibility that minor legislation may be pushed through somehow, but we believe its impact will likely be minimal.

For its part, the private sector will likely continue to play a role in managing drug prices. For example, managed care plans, pharmacy benefit managers (PBMs) and employers have exerted steady pressure on drug prices and utilization for years, and we see little change likely in the trajectory of that pressure.

PBMs have taken a more active role lately in pitting drug companies head to head in competition to gain a place on preferred lists, or are steering patients toward generics or less-expensive treatments before paying for higher-priced drugs. Heightened public awareness around this issue also has resulted in a greater willingness on patients’ parts to accept the substitution of lower-priced or generic prescription drugs, even if those products are slightly less desirable or less convenient to administer. These market-based reforms are much more likely, in our opinion, to restrain prices than any government mandate.

We are mindful of these pressures, and in our investment process we seek to find companies producing drugs with what we consider best-in-class efficacy, or drugs that address areas of significant unmet medical need and are relatively free from competition. This approach seeks to reduce the risk from reimbursement pressures that these entities attempt to implement and the uncertainty in our commercial forecasts, and therefore potentially improves our estimates of fair value.

Overall, we think biotech companies’ fundamentals are very strong at the moment, and believe the industry’s future is as bright as ever. The sector is experiencing a massive wave of innovation right now, and we are particularly interested in the significant advancements in gene therapy, immuno-oncology and bispecific antibodies. The environment in regards to the US Food and Drug Administration (FDA) is stable and, if anything, the FDA is being pressured to approve drugs faster, not slower, given the rapid advances in treatment modalities and cures for previously incurable conditions.

We do, however, see some headwinds for parts of the sector. Drug development is challenging and fraught with risk, part of the reason why successful new drugs can be expensive. Large biotech and pharmaceutical outfits always want—and need—to boost their research and development pipelines and augment their growth, which many have accomplished through acquisitions. Some large companies also have experienced a slowdown in growth following the last new product cycle, which occurred for many of them in 2012–2014. In our view, these companies need to reinvigorate their future growth through late-state pipeline additions and growing marketed products.

We do note that new companies—often venture-funded—are born every day, either from scratch or as spinouts of university-funded research. There have been well over 100 initial public offerings in the last three years, and with each new drug approval, another company advances toward profitability. We have seen significant graduation of companies from small-capitalization to mid-capitalization status and from mid-cap to large-cap status as a result. Given that the sector continues to expand in size, revenues and profits, we believe we will be able to continue finding attractive companies for investment.