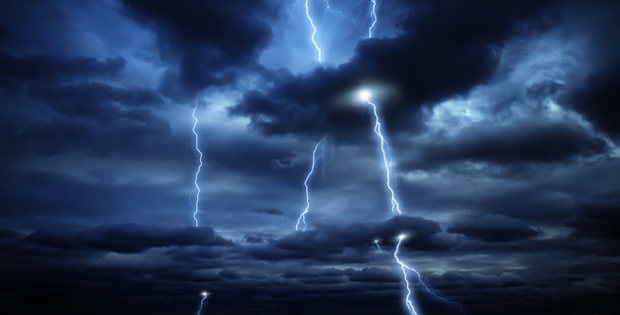 The global political landscape has become progressively more uncertain over the last year or so—particularly in the Western world—and the United Kingdom’s vote to leave the European Union (EU), nicknamed “Brexit,” clearly highlighted the smoldering resentment among many in the mainstream electorate who have been negatively affected by a variety of issues since the global financial crisis unfolded eight years ago.

These issues range from slow economic growth and low-wage growth to unemployment and job displacement to financial repression hurting pensioners and savers to the disconnect overall of financial markets from the struggles of working people in the real economy. Increased resentment toward the non-elected EU technocrats in Brussels, concern over the migrant crisis in Europe—and indeed immigration in general—as well as rising terrorism worries have all led to voter polarization and discontent on both sides of the Atlantic. Financial markets find political uncertainty difficult to process, as it doesn’t fit with normal fundamental analysis or standard risk models, and so markets usually react by assigning a higher risk premium when political instability is present.

The drift that we have seen in Europe and the United States toward what we would term nativism and protectionism is one of the common threads uniting the “protest” or the “anti-establishment” political movements in both regions. While we would argue that globalization has vastly improved overall living standards in aggregate, there have been losers as well as winners. Among those in the disenfranchised group are the working and the middle classes in developed markets who have seen their jobs shipped offshore or otherwise competed away by mobile and inexpensive labor. Compounding the loss of economic security is the perceived erosion of sovereignty and cultural identity as internationalism and globalization forces have gathered pace.

It’s not only US voters who will be given a chance to express their frustration at the ballot box over the coming months. Voters in countries that amount to a significant percentage of the EU economy will go to the polls over the next year, including France, Germany and the Netherlands. More recently, in defiance of Brussels, Hungary voted overwhelmingly to reject EU migrant quotas in a referendum held in the first few days of the fourth quarter of this year. The Italian government’s call for a constitutional referendum in early December, ostensibly on parliamentary reform measures, is being viewed by many as a proxy for the country’s commitment to Europe. A “no” vote in Italy for parliamentary reform would only add to the high level of political uncertainty that Europe is facing.

And, clearly, the Brexit negotiations to come will be a key focus going forward for financial markets. Witness the markets’ increased worry over the potential for a “hard Brexit,” where the United Kingdom gives up full access to the single market and full access of the customs union along with the EU, and elevated uncertainty over the possibly contentious negotiations to come, which have sent the British pound plummeting. The EU has a difficult balancing act in its exit negotiations with the United Kingdom, as it tries to dissuade other countries from leaving while also protecting its economic interests.

In the United States, where Hillary Clinton maintains a slight edge in recent polls, the possibility of a Democratic sweep of both the presidency and the legislature could impact a number of US industry sectors negatively in our view, including potentially financials, health care and energy.

On a more positive note politically, however, in recent months there has been a rising expectation that governments will increasingly start to focus more intently on fiscal stimulus, and we expect this theme to gain some traction in a number of major economies given the diminishing returns of unconventional monetary policy. With business confidence still in decline after a significant decline in global bond yields over the last seven quarters or so, and corporate capital spending remaining at very muted levels, it seems to make sense to look beyond monetary policy for some fiscal solutions to help bolster economic confidence and growth.

While we believe structural reform is always the best long-term approach to improving economic growth potential, the theme of fiscal expansion has been one of the key talking points in the US presidential election, with both candidates promising some form of investment programs, while differing, of course, on how those programs will be funded. In Europe, austerity also appears to be waning, and we could see some moves toward increasing infrastructure spending, particularly if it helps alleviate unemployment and mollifies impatient electorates.

Putting it all together, we view current political dynamics as representing both a threat and an opportunity for global growth. On the bright side, the rising likelihood of some fiscal stimulus could help spur corporate investment and bolster nominal economic growth. But, should the forces of rising protectionism eventually cause higher barriers to global trade, migration and commerce, these would be clear negatives for economic growth. The data bears these observations. In the United Kingdom, the arrival of immigrants from the EU added £20 billion to public finances in the first decade of this century;1 in the United States, fully half of total exports go to countries with which it has a free-trade deal, even though those economies comprise less than 10% of global gross domestic product.2 But voters in a democracy often respond more to perception than reality, particularly when it comes to issues of patriotism, pride and identity. It isn’t always just about the bottom line.

All investments involve risk, including possible loss of principal. The value of investments can go down as well as up, and investors may not get back the full amount invested. Special risks are associated with foreign investing, including currency fluctuations, economic instability and political developments; investments in emerging markets involve heightened risks related to the same factors. To the extent a portfolio focuses on particular countries, regions, industries, sectors or types of investment from time to time, it may be subject to greater risks of adverse developments in such areas of focus than a portfolio that invests in a wider variety of countries, regions, industries, sectors or investments.