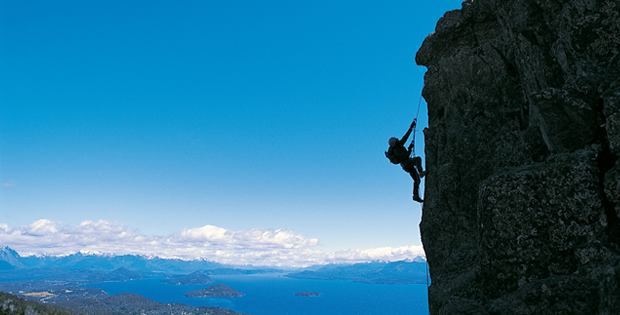 Donald Trump’s surprise victory in the US presidential election may serve as a warning sign to Europe that populism can happen on a large scale. In Europe, generally speaking, populism has so far been confined to smaller countries. But there are already signs of increasing populism country by country across Europe, and that’s something we think European politicians are going to have to deal with. While we’re not expecting these populist movements to sweep to power imminently in upcoming elections, we think the polls suggest a malaise among many citizens, and that means the so-called European political elite need to listen to voters.

If Europe’s politicians don’t react by implementing change, we can foresee populist governments taking the reins in the not-too-distant future. The first effect of this might be seen in the Italian referendum scheduled for December 4, which seeks to reform the country’s balance of power within the government. Although the Italian constitutional referendum may seem parochial compared with the US election or the Brexit vote, it has the potential to bring further uncertainty to a European Union (EU) which is already struggling to digest the implications of Trump’s victory.

In many ways, it seems many Italian voters see this poll not as a referendum on constitutional reform, but on Prime Minister Matteo Renzi himself. Much depends on the outcome: A “yes” vote should reinforce Renzi’s mandate and allow him to push forward with his reforms. We’d expect Italian bonds to likely react positively in that outcome.

By voting “no,” voters may seek to express their dissatisfaction with Renzi and his policies. The implications of a “no” vote would, in our opinion, depend on the size of Renzi’s defeat. We’d expect him to be able to ride out a narrow loss, aiming to stay in power until 2018 when the normal election cycle concludes. But if Renzi were to lose by a substantial margin, meaning voters would have expressed their dissatisfaction towards the vote, and ultimately his leadership, we think he’d likely step down. In such a situation, the question would be whether a technocrat government could step in and take the reins until 2018. An alternative would be a snap general election, in which case it’s possible the populist Five Star Movement, the country’s largest opposition group, could make some significant gains. It’s not beyond the realms of possibility that Five Star might have enough support to form a government. In our eyes, that would likely be negative for bonds.

However, we believe the difference between the situation in the run-up to this vote and the prior Brexit and US election votes is the pricing in of a possible negative outcome by the markets.

At the moment, it seems as though the “no” vote has the edge by a small margin, although there is a large group of undecided voters. Italian law prohibits the publication of official opinion polls in the two weeks leading up to an election, so there’s likely to be little guidance for markets from that quarter.

The prospect of a populist surge in France, due to hold presidential elections next year, has likely driven up the risk premium for French bonds in a way that was absent from in-scope assets ahead of the Brexit or US election votes.

Le Pen is motivated by the Trump victory, and one of her policies is holding a referendum on France’s continued membership in the EU. That could be problematic. If France were to leave the EU, I think many people would question the viability of the bloc. Whether Le Pen wins or not, we expect to see her rhetoric drive markets for a longer period of time than many expect.

The Role of the European Central Bank (ECB)

However, amid the sell-off in Italian and French bonds, it’s important to remember Europe still has a significant buyer of bonds in the shape of the ECB. Given the back-up in European bonds and the weak economic growth across the bloc, we’d expect to see the ECB to maintain an accommodative monetary policy for some time to come.

The next ECB monetary policy meeting is scheduled to take place in the days immediately after the Italian referendum in December. We’d expect ECB President Mario Draghi to announce an extension of the quantitative easing bond-buying program, which should serve to anchor the European bond market.

While a rise in populism is likely to mean more volatility in the investment markets, some may see that increased volatility as positive because it allows investors to differentiate between assets and make investment decisions. We think it is likely to lead to more country-specific risks. In that respect, and alongside a possible rise in eurozone interest rates, we think the European bond market could start to look interesting again, particularly around the so-called periphery.

Europe Responds to the Trump Victory

We suspect it will take some time for some European politicians to come to terms with the implications of Trump’s victory in the US presidential election. Trump is an unknown quantity, and European politicians have never had to deal with somebody like him as president of the United States. Europe’s leaders are used to having someone more sympathetic to their way of thinking. Two main fronts that we’ll be monitoring are trade and defence.

On trade, we’d expect Trump’s main focus initially to be on the Americas, but eventually he’s likely to cast his eye across the Atlantic. Big exporters (e.g., Germany) will likely be anxious to see how Trump’s trade policies affect them.

On defence, Trump’s attitude toward the North Atlantic Treaty Organization (NATO) remains in question. During his campaign, he appeared to be uncompromising in suggesting that the United States’ NATO partners should contribute more. We assume that would mean greater military spending in Europe. But with tight requirements on EU states to balance their budgets, questions arise as to where that extra funding would come from.

The Implications of Trump on Brexit

During the campaign, Trump referred to himself as “Mr Brexit,” and we think a Trump administration could provide a slight boost to the United Kingdom’s Brexit negotiations.

In terms of the current impact on European economies, right now Brexit probably is not as important as the election of Trump. In the days since the US election results, German Chancellor Angela Merkel reportedly suggested she might consider softening her stance on the free movement of labour, as part of the negotiations. That’s not something we might have expected a month or so ago.

In addition, the United Kingdom has one of the largest armed forces in Europe. If EU leaders thought the United States might pull back some of its military support, we’d expect them to be wary of alienating another large military ally. That’s likely to be some sort of bargaining chip. While we don’t think it will make a huge difference, we think the United Kingdom is probably in a slightly better bargaining position after Trump’s election than it was before.