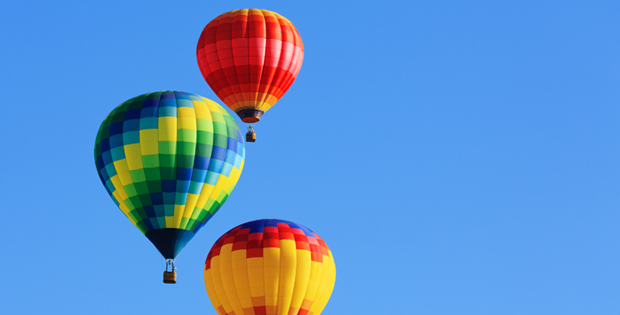 In many ways, equity investors in Europe may regard 2016 as a difficult year; industry-wide returns were in general lower even than our already cautious outlook had been at the start of the year. However, we think 2017 could set the stage for an entirely different set-up.

In 2016, there was evidence that the effectiveness of expansive central bank policy had weakened, and several political events—such as the United Kingdom’s vote to leave the European Union (EU)—caused a temporary setback in equity markets. However, macro data across the globe actually held up well.

We believe that in 2017, the more positive trends that started to emerge in late 2016 could strengthen further. We expect the big rotation from defensive growth to cyclical value stocks to continue as macro data should continue to strengthen, helped by stronger fiscal stimulus than in the past.

In our view, inflation and interest rates in certain important parts of the world will likely rise so that central bank policy will gradually become less accommodative. In addition, political events such as elections in the Netherlands, France, Germany and possibly Italy may cause short-term volatility.

Amid all of this, the key question will be whether equity markets can be a net beneficiary of two contrasting forces: rising earnings (a potential positive factor) and rising interest rates (a potential negative factor). Given these two counteracting forces, our outlook is net constructive.

Since late summer 2016, equity markets in general have started to de-rate and are back to their long-term average, represented by price-earnings ratio averages. As we expect rising US interest rates ahead, the multiple might continue to compress during 2017, which provides an important headwind for equity market valuations.

One additional factor to bear in mind is the sector rotation we have been observing late in 2016, which we believe should continue into 2017. We would consider sectors that could be seen as cheap value plays—such as banks or energy—may be in a position to outperform, while expensive sectors—such as consumer staples—may be set to underperform. All in all, the strong valuation imbalances are showing signs of finally starting to unwind.

We would expect dividends to continue to play their part, but in our view earnings growth will likely take centre stage for performance next year. We are confident that we could see a decent earnings recovery in sectors where earnings have been depressed for a couple of years (financials, energy), while cyclical sectors overall should likely benefit from a stronger economy overall.

Fiscal Political to the Fore

While China has already successfully used fiscal policy to stimulate growth in 2016, we expect the United States will most likely follow suit in 2017. President-elect Donald Trump has hinted at tax cuts and increased infrastructure spending. While it remains to be seen how much he can put into practise, the direction looks clear: Fiscal policy will likely replace monetary policy gradually as a motor for US economic growth.

In Europe, the picture is less clear as some important countries such as France and Germany (possibly also Italy) are scheduled to face general elections. We expect, however, a fiscal stimulus in one form or another from those countries as soon as the new governments have been installed.

The United Kingdom, meanwhile, has also fallen short of expectations. We believe, however, that more fiscal stimulus could be enacted should the British economy falter.

We believe stronger fiscal stimulus in large countries will likely add to inflationary pressure. Full employment in countries including the United States and Germany and a stabilisation or increase in commodity prices such as oil or iron ore could contribute to inflation.

Relatively weak currencies in Europe (such as the euro and the pound) will likely import additional inflation. On the one side, this is good news for risk assets such as equities as higher inflation has traditionally gone hand-in-hand with rising revenues. It also means, though, that interest rates at the long end could be set to rise as well, potentially making life for highly indebted companies more difficult.

Expansive monetary policy globally seems to have lost large parts of its effectiveness. In the eyes of some observers, the Bank of Japan has already capitulated and has introduced new instruments, in part because quantitative easing (QE) has not yet delivered as expected.

The US Federal Reserve has continued to tighten its policy slowly and has indicated it intends to continue to do so. We’d also expect strong fiscal stimulus by the new US government to heat up inflation in a country at full employment.

The European Central Bank (ECB) too has indicated its intention to continue its QE programme for a little longer in 2017, but again, we suspect a limited effect combined with rising inflation will limit its room to manoeuvre.

We expect to see elections in at least three major European countries in 2017: the Netherlands, France and Germany. Italy might be added to the list, as the aftermath of its constitutional reform referendum and the resignation of Prime Minister Matteo Renzi plays out.

Concerns around the rise in populist parties may cause short-term equity market volatility. Again, outcomes are hard to predict, but as we have seen in 2016, even unexpected results have tended not to cause long-term underperformance of equity markets as long as the economic development remains robust.

In the meantime, we’d expect the negotiations on how to conduct the United Kingdom’s departure from the EU to be a constant theme in 2017. So far, it remains unclear what a potential outcome might look like as political, legal and economic question marks abound.

In summary, we expect 2017 to be an interesting year as trends that have influenced the equity market since the 2008-2009 financial crisis have started to turn. We expect cyclicals to outperform defensives, with macro trends tilting towards higher inflation, higher interest rates and the first signs of overheating in selected countries. Earnings growth should likely strengthen from a low base, while earnings multiples will likely contract, but overall, we are constructive for equity markets next year.