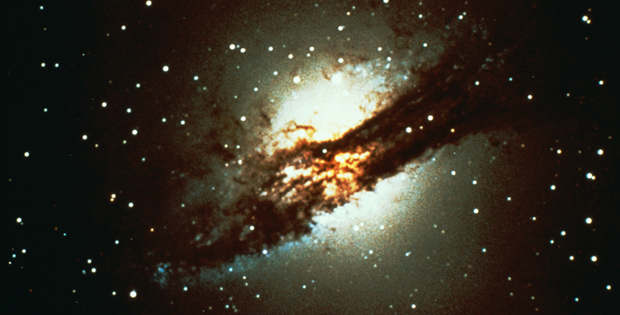 Looking at the investment landscape at the beginning of 2017 from the perspective of the GCC region, an alliance between six Middle Eastern countries—Bahrain, Kuwait, Oman, Qatar, Saudi Arabia and United Arab Emirates (UAE), two areas come top of mind. One is the price of oil, which for a region that has massive hydrocarbon reserves will clearly have an impact on the finances of many countries, the other is the trajectory of US interest rates.

Of course, investors should also have an eye on the potential for market volatility, as this is something that we expect to persist.

For several decades, this region has been trying to diversify away from its dependency on oil. Some countries have been somewhat successful at doing that at a gross-domestic-product (GDP) level; in the UAE, for example, oil represents just 30% of GDP. But for the most part, it remains a struggle, and many GCC economies derive the vast majority of their revenues—some over 90%—from oil.1

As the price of oil has fallen over the past couple of years, we’ve seen what we would describe as an impressive structural reform agenda unfold, as the region strives to put itself on more sustainable footing. Governments in the region have reduced salaries, cut subsidies and introduced taxation in a bid to tackle deficits and spending.

We’ve seen more reform happen to the GCC economies in the past 18 months than we’ve seen happen over the past 10 years. In our view, these structural reforms have fundamentally altered the fiscal landscape. We think these efforts will start bearing fruit in the next few years, and that is certainly encouraging.

Equally important is the change in policy with respect to oil price. At the end of last year, we saw a significant shift from Organization of the Petroleum Exporting Countries (OPEC) members, led by Saudi Arabia, as they moved from a position of defending market share—even at the expense of lower oil prices—to a new approach designed to pump up the price of oil by cutting supply.

As we move forward, we think it’s reasonable to assume oil prices will be more range-bound, moving within a tighter range. However, there could be some volatility ahead, as focus will likely fall on which countries stick to the OPEC-agreed quota, and whether the cartel and non-OPEC members keep to their word and curb supply. No matter how that turns out, we think it is unlikely that we will be in an environment where oil prices can fall precipitously, as they did in early 2016. Oil price risks to the downside appear to us to be significantly diminished.

In our view, a more stable oil price with upside potential bodes well for many oil exporters in this region, which when coupled with an ongoing structural reform agenda, paints a pretty decent picture—not just for the fixed income markets in the region, but arguably even for some equity stories as well.

Operating in a Global Context

It is important to remember that the GCC region’s financial markets operate in the context of global conditions.

Even though these markets typically have significantly lower durations than other fixed income sectors—bringing the ability to mitigate rising interest rates and the impact of market volatility—any fixed income market has to be cognisant of the trajectory of interest rates across the world.

The arrival of a Donald Trump-led administration in the United States has implications, we think, for financial markets everywhere, and this part of the world is certainly no different. Notwithstanding its decision to raise interest rates at the end of 2016, we think the US Federal Reserve (Fed) is likely to continue treading a cautious path, at least until we see a little more clarity about what the Trump administration is going to be doing. And we, like many others, think that is probably warranted. Events of the past few months have, in our eyes, opened up a lot of opportunities. In 2016, we saw a record year for bond issuance in GCC countries, particularly in Saudi Arabia’s case, which came to market with one of the largest ever emerging-market sovereign bond deals at US$17.5 billion. This landmark transaction could alter the pace of issuance within the GCC region going forward, not only substantially increasing the amount of debt issued but also changing the composition to be more consistent with the size and scale of the Saudi Arabian economy. We also think Kuwait is likely to issue bonds in early 2017—marking the first time in history all six GCC countries have bonds outstanding, as the region makes tangible progress developing its capital markets.

The geopolitical landscape has changed a lot over the past few months, and we think it will be interesting to see how geopolitics and international relations unfold, particularly through the oil market. But we think any new administration brings with it a degree of uncertainty, and in our view, a Trump administration probably has an extra dose of that uncertainty.

One of our ambitions for 2017 is to try to overturn some of the misconceptions about the MENA region and the GCC in particular. One of the misconceptions is that the GCC region is in the middle of a conflict zone and is vulnerable to volatility—many residents live in thriving GCC economies without the gloomy headlines often seen in the media.

When considering the outlook for the GCC region, many commentators focus on the downside, highlighting a lot of the risks that they perceive the region faces. We would argue that a lot of that risk is priced in to many of our markets. Furthermore, we think it’s a myth that the markets in this region are closed or inward-looking. We see evidence that our view is that regional policy is geared almost entirely towards integrating more with the world, opening up capital markets and in particular, developing bond markets.

What those pessimistic commentators may have missed, in our view, is some of the “blue sky” or the potential opportunities that could be transformational. That could include anything from seeing the effects of markets in Iran and Saudi Arabia “opening” up—Saudi Arabia’s market is open only to institutional investors, while investment in Iran is limited to direct investment, or through a local fund—and rerating GDP across the region, to some peace and security as many of the region’s conflicts are resolved.

Despite some negative headlines we have seen over the years, this is a region that we feel could continue to deliver growth that is higher than much of the developed world. We also feel, as we move forward, that investors would do well to pay more attention to the region’s markets, the diversification benefits they potentially offer and the expanding opportunity set we see and look to continue to uncover.

All investments involve risks, including possible loss of principal. The value of investments can go down as well as up, and investors may not get back the full amount invested. Bond prices generally move in the opposite direction of interest rates. Thus, as the prices of bonds in an investment portfolio adjust to a rise in interest rates, the value of the portfolio may decline. Investments in developing markets, of which frontier markets are a subset, involve heightened risks related to the same factors, in addition to those associated with their relatively small size, lesser liquidity and lack of established legal, political, business and social frameworks to support securities markets. Such investments could experience significant price volatility in any given year. Investments in the energy sector involve special risks, including increased susceptibility to adverse economic and regulatory developments affecting the sector.