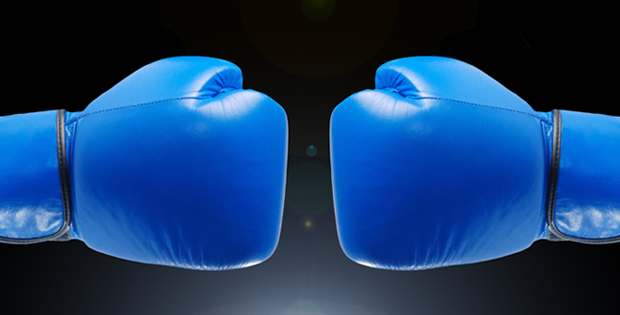 After a tumultuous 2016, European equities may be in for a relatively smoother ride in 2017. Economically speaking, the outlook for Europe is improving, in my view, and the most recent data shows economic confidence is at its highest level since 2011.1

As 2017 unfolds, I believe European equities may benefit from two factors. First, the recent acceleration in global economic growth will likely increase demand for Europe’s exports. Exports comprise about 27% of the eurozone’s gross domestic product,2 and that percentage is even higher for Germany.

The second factor, which is likely a consequence of the first, is the inflection point we have seen in European corporate earnings. Corporate profits in Europe have risen since their trough in July 2016, and for the first time in several years, on a year-on-year basis, earnings growth has risen above zero. European earnings had languished for years because, by and large, European companies have been price-takers (companies that have little influence on the prices they charge) rather than price-setters, and were hampered by concerns about deflation and anemic economic growth in the region. With the pick-up in global economic growth, we are even seeing some signs of inflation, which should have a positive impact on pricing and, by extension, on European companies’ margins.

Although the economic picture appears brighter, the political outlook has become cloudier. First, there’s the fallout from the United Kingdom’s vote in June 2016 to leave the European Union (EU). Since the vote took place, the United Kingdom has been in a kind of suspended animation, and very little has happened, although behind-the-scenes positioning has taken place between the United Kingdom and the EU regarding how to pursue future negotiations.

Even if the plans to implement “Brexit” start in March, as indicated by UK Prime Minister Theresa May, the process will likely be long and drawn out, which in and of itself generates uncertainty. The negotiations could become acrimonious, which may put the United Kingdom in a difficult situation. I believe the economic impact of a “hard Brexit” (where the United Kingdom gives up full access to the single market and the customs union with the EU), would be much harsher on the UK economy than on the EU’s, but it would not inspire confidence in the rest of Europe.

Second, it’s possible that national elections occurring this year may propel populist, anti-EU parties to power. I believe the prospect for that in France is limited, and even less so in Germany, but I would not say it does not exist.

On the other hand, a populist party may gain traction in the next Netherlands elections, although I doubt that it would get enough votes to form a majority government by itself. In Italy, we still do not know whether there will be an election this year, because the main objective of the current temporary government is to reform the electoral law so that the populist Five Star party cannot benefit from the law’s current form.

Looking across the Atlantic, it’s difficult to predict how US President Donald Trump’s policies will affect the world—and Europe in particular. Trump’s trade policy, for one, is not clear. At the moment, he seems to be focusing his attention on Mexico and China.

I believe the concerns Trump has regarding trade relations with Mexico and China would not apply to Europe. Europe is not a low-cost area in terms of wages or taxes (with the possible exception of Ireland, which is already in the crosshairs of the European Commission for lowering its corporate tax rates to attract US multinationals). So, in my view, the European economic structure offers no unfair advantages that would draw the ire of the new administration in Washington.

From a different angle, since the United States is the largest market for European—far larger one than China, contrary to popular belief—tensions that may arise from an aggressive Trump global trade policy could have a negative effect on Europe’s economy. However, I believe an important offset exists: Europe already has a very large economic presence in the United States in manufacturing and services, with most of the trade done by European companies through a US domestic platform.

Regarding an issue that I don’t believe is fully understood by many investors, the Trump administration also has proposed reforms that could transform the way US corporate taxes are calculated. If the ideas being floated become reality, the United States will install an entirely new tax system, which instead of taxing on the point of production will tax on the point of consumption (i.e., will tax US imports and not US exports). Simply put, domestic manufacturing and whatever is exported will be favored, while imports will be penalized. This change could have a significant impact on existing US trade relations with the rest of the world.

That said, I don’t believe we are going to have a trade war, simply because the US Congress would have to vote on any broad trade barriers; Trump cannot act unilaterally, but there could be some tension in Washington, DC.

Continuing on Trump’s policies, his call for less regulation and lower tax rates may benefit a sector that we have favored for quite a while: US banks. We at Mutual Series believe US banks have been successful in resolving most of the challenges that arose from the 2008-2009 global financial crisis. The other side of the coin, however, is that US bank shares have generally become fairly valued. Although I wouldn’t jump into the sector with both feet at current price levels, I believe that if the economic growth expected under a Trump administration does occur, US bank stocks may still offer attractive upside growth opportunities.

We are, however, much more cautious about European banks. Many European banks have not fully addressed and resolved the issues that originated from the global financial crisis, which include a still relatively high level of nonperforming loans, inadequate capital ratios and dilutive fundraising operations. Additionally, European banks operate in a regulatory environment that is unlikely to be as lenient as the one expected in the United States, in our view. European banks also are still feeling the negative side effects of the European Central Bank’s protracted negative interest-rate policy.

Overall, we prefer insurance companies over banks at the moment because of their generally healthier capital structures, risk-management abilities and the fact that a large number of them have a restructuring story already underway.

Ultimately, when we say we favor a certain sector, we don’t necessarily like every company in that sector. We are stock pickers—bottom-up investors who seek companies that are trading at market prices that are below our assessment of their intrinsic value. Overall, despite potential political volatility and headlines, we maintain a positive view on Europe as 2017 begins. We are not raging bulls, but we are optimistic that the region has entered a phase of accelerating economic growth.