US equities have generally been supercharged in the wake of the presidential election, but the utilities sector’s relative performance has dimmed instead. John Kohli and Blair Schmicker, portfolio managers for Franklin Equity Group, describe the post-election headwinds—including higher interest rates—that have challenged utilities recently, and the potential regulatory and technological changes that might spark the sector going forward. 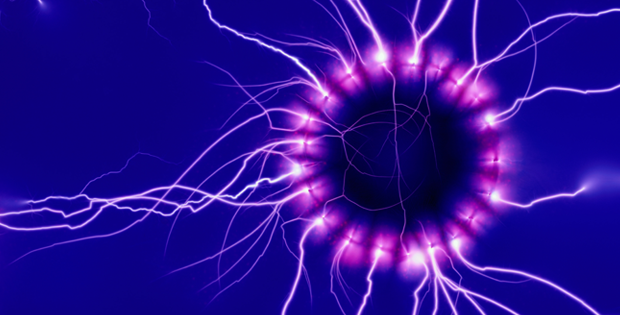 US utilities have been lagging the broader US equity market over the last several months, but we believe utilities’ recent underperformance has little to do with any change in sector-specific fundamentals. Rather, the industry is facing two headwinds that are incidental results of the recent presidential election.

Second, many observers believe the industry has some earnings risk as a result of potential corporate tax reform. The actual impact will depend primarily on the specifics of the reform, with policies regarding interest-expense deductions and 100% depreciation expensing being the critical elements for the industry.

And we believe these two factors will remain the primary driver of the sector’s relative performance going forward. In regard to interest rates, if US gross domestic product accelerates and an inflationary threat induces a hawkish response from the Federal Reserve, short- and long-term interest rates will have an upward bias that will likely further compress utility-capitalization multiples.

Likewise, if a more comprehensive tax plan, such as one being pushed by House Speaker Paul Ryan and the House Republicans, is implemented, on balance, it will likely weigh further on utility earnings, particularly compared with the broader indexes where the impact will likely be mostly favorable. For example, we believe most utilities would not benefit from lower corporate tax rates; regulators would likely require utilities to adjust their power rates lower to reflect the lower tax rate, meaning the customers, not the utilities, would benefit.

On the other hand, if these policy objectives are not enacted—or to the extent that they are “watered down” before passage—it could open up the potential for utilities to provide better relative performance. How large the impact, in either direction, will depend on specifics.

Moving to regulation, the election’s impact on federal environmental rules remains unclear, and energy does not appear to be a top initial priority for the administration. Last year, the Supreme Court delayed the implementation of former President Obama’s Clean Power Plan (CPP), which would have substantially cut carbon dioxide emissions. Under President Donald Trump’s administration, we would expect the CPP’s implementation to be delayed, presuming it survives court challenges. However, most state regulators have so far said they expect to continue pursuing a path toward CPP adherence, viewing the rule or something similar as an eventual inevitability.

While the sector’s executives can’t control how interest rates and political decisions affect their companies, they have found ways to improve efficiency and curb expenses, including expanding their digital footprint.

Smart meters, which record consumers’ power usage frequently during the day and report that information back to the utility, and smart grids, which are electricity supply networks that use digital-communications technology to detect and react to local changes in usage, form the foundation of a “digital utility,” because they generate massive amounts of data. For the most part, the industry is still figuring out how to maximize the value and utility of this data. Examples that we’ve seen to date are things like more targeted efforts to enhance energy efficiency. The data also help utilities sustain better relationships with their customers by, for example, providing automatic notification of outages and scoping those outages so that power can be more quickly restored to affected households.

Additionally, as utilities are seeing increasing penetration of distributed generation (i.e., rooftop solar, home storage, etc.), they are having to adopt new technologies that will ensure that voltage remains stable as grid conditions change. Adoption of these technologies does not explicitly affect profitability, since regulatory processes are a bigger determinant. However, insofar as implementing these technologies requires capital investment, their usage does represent an opportunity to increase revenue and profits. Moreover, to the extent that the technologies can help reduce the burden of operating expenses, they also limit the inflation of customer bills, which supports a more constructive relationship with regulators.

While many utilities are open to adopting new technologies, they are generally cautious and deliberate in their implementation. This can be a source of frustration to external innovators who are seeking to disrupt the industry in some way, but we believe the caution utilities have exhibited is appropriate.

Utilities operate under two binding constraints: reliability and rate inflation. Simply, most customers are not willing to digest incremental disruption of service or increased costs to pay for the implementation of new technologies. Thus, utilities typically only invest in new technologies (and regulators will generally only bless said investments) when they are reasonably certain to have a neutral-to-improved impact on reliability and a neutral-to-negative impact on rates.

There are exceptions, but they usually only occur after both the utilities and regulators have shielded themselves from second-guessing via legislative compact such as renewable portfolio standards.

Overall, with natural gas/power prices in a sustained deflation, regulatory relationships healthy, reliability improving and operational productivity rising, we still see a very strong fundamental underpinning for the financial health of the industry. Speculation about further interest-rate increases and potential tax reform has caused some market disruption and volatility, which could continue, but we still see a healthy investment backdrop for the utilities sector in general.

All investments involve risks, including possible loss of principal. The value of investments can go down as well as up, and investors may not get back the full amount invested. In addition to other factors, securities issued by utility companies have been historically sensitive to interest rate changes. When interest rates fall, utility securities’ prices tend to rise; when interest rates rise, their prices generally fall.