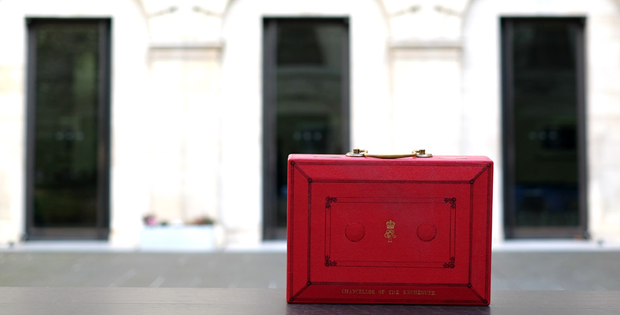 The United Kingdom’s final Spring Budget went out with a whimper rather than a bang, but that’s exactly what Chancellor of the Exchequer Philip Hammond appeared to want. Hammond revealed in November that he intended to shift the government’s annual budget process to the end of the year, replacing the Autumn Statement and effectively scrapping the Spring Budget.

And having indicated in December that he intended to keep his fiscal powder dry in anticipation of Brexit negotiations, Hammond and his colleagues have spent the last few weeks playing down suggestions of any big announcements.

So we weren’t expecting any great policy shifts from this final Spring Budget. In that sense the chancellor has delivered.

Aside from some tax equalisation measures for the self-employed and tinkering with the dividend income allowance, it’s not a Budget that we’d expect to impact equity markets in any meaningful way. There was nothing particularly sector-specific that would be likely to affect investor sentiment, share prices or investor theses, in our view.

Instead, the chancellor painted a becalmed picture of steady economic growth for the United Kingdom. Of course, that picture may be at odds with many people’s expectations, particularly given the likely Brexit negotiation process due to take place during that period.

On the macro front, the chancellor’s gross domestic product growth projections moved to align with the Bank of England’s recent forecast of 2% for 2017.1 That’s not a surprise, but it does confirm that the macro data has been stronger than many commentators—including the government’s own analysts—were expecting back in the Autumn.

We think that’s a function of the assumption that the impact of the vote to leave the European Union (EU) would be an immediate negative. The fact is it hasn’t been. Article 50, which would start the formal process of leaving the EU hasn’t yet been triggered and in addition, the full impact of the sterling devaluation hasn’t fully worked its way through to inflation figures yet.

The chancellor highlighted the Office for Budget Responsibility (OBR) forecast for inflation out-turn in 2017 of 2.4%.2 And he appeared confident in talking about positive real wage growth this year and for the next two years. One might consider that to be optimistic. Other commentators have published inflation forecasts that are higher than the OBR’s figure. Regardless of the inflation out-turn it’s not clear that real wages will keep pace with that.

Meanwhile, one positive aspect of the budget is that as the chancellor upgraded the growth forecast, his borrowing forecasts have reduced. Net-net there should be a slight improvement in the debt profile of the national economy but again that’s not something that we would expect to have a dramatic impact for investors.

In summary then, if Hammond’s ambition was to retire the Spring Budget from the calendar with little fanfare, then he’s likely to consider these efforts to have been successful.

1. Bank of England, Monetary Policy Summary, February 2017. There is no assurance any estimate, projection or forecast will be realised.

2. Office for Budget Responsibility, Economic and Fiscal Outlook, March 2017. There is no assurance any estimate, projection or forecast will be realised.