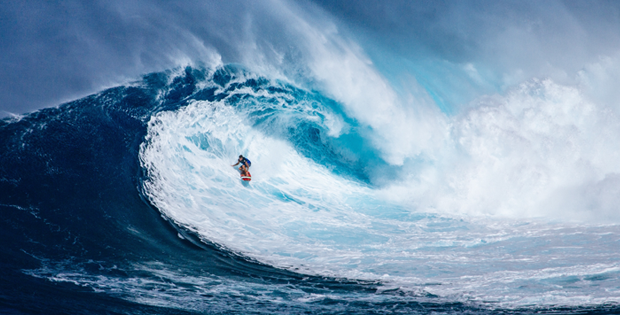 Another vote, and another surprising result, this time from the general election in the Netherlands. But the difference between the outcome of this week’s Dutch election and previous ballot-box surprises is that the expected far-right populist surge failed to materialise.

In that respect, the result was more interesting than anticipated. We see it as especially notable that for all the talk of a rise in populism across the world, in this case the majority partner in a ruling coalition has actually done better than initially expected.

On the other hand, the far-right Freedom Party (PVV), led by Geert Wilders, did less well than expected, although it gained a handful of seats.

To us, the overall voter sentiment in the country seemed to be more pro-Europe than many observers had thought.

The result seems to suggest that we may not see the surge in populism expressed in opinion polls actually play out in other 2017 elections in Europe. In our eyes, that should be positive for Europe as a whole.

We’d expect most observers to try to extrapolate the outcome of this Dutch election to France where the far-right Front National, led by Marine Le Pen, has been polling well.

There are many similarities between Le Pen’s National Front and Wilder’s PVV. And so, people may start to question whether Le Pen really does have the tailwind that polls have been suggesting.

This result may lead markets to downplay the likelihood of a Le Pen presidency, and for that possibility to be priced out. We may see a tightening of French/German government bonds spreads in the lead-up to the first round of the French presidential election on April 23.

However, we believe investors should be cautious of the sort of complacency that was prevalent around the United Kingdom’s Brexit vote and the US presidential election. In our view, there’s a possibility Le Pen could win in the second round of voting in May—albeit a low one.

Meanwhile, across the North Sea from the Netherlands, Scotland’s First Minister Nicola Sturgeon appeared to throw a wrench into the works of the UK government’s Brexit negotiations before they are even underway, demanding a second referendum on independence from the rest of the United Kingdom ahead of any agreed-upon EU divorce deal.

A previous independence referendum, held in September 2014, saw Scottish voters choose to remain part of the United Kingdom by a margin of 55.3% to 44.7%.

Given Scotland’s strong support for remaining in the EU in last year’s Brexit referendum, the Scottish government’s demand for a vote on independence should not have come as a surprise to most observers. But the timing could scarcely have been more awkward for UK Prime Minister Theresa May who had been lining up to trigger Article 50 to officially begin the Brexit process before March 31.

Theresa May has now indicated that she does not intend to allow an independence referendum for Scotland until the Brexit negotiations are complete; nevertheless, we feel even the prospect of having such a vote could contribute to the sense of uncertainty hanging over the whole Brexit process.

From an investor’s perspective, we believe the resulting unknowns and volatility could present potential opportunities.

However, at the outset, we feel the actual triggering of Article 50 itself is likely to have little impact on markets.

Domestic Issues the Focus for France and Germany

We don’t expect to hear anything of substance from the negotiations until early next year, simply because the United Kingdom’s likely counterparts in those negotiations have more domestic issues on which to focus.

French elections, which take place in April and May of this year, will produce a new president for La Republique, and there’s a chance that the leadership of Germany, or at the very least the make-up of the ruling coalition, may change after elections this fall.

In our view, it would be very difficult to undertake meaningful negotiations with the European Union (EU) without the heads of France and Germany taking part. From that perspective, we might expect the Brexit story to go a bit quiet once Article 50 is triggered.

That could be quite healthy, in our view, as it should let some of the groundwork take place behind closed doors.

Currently, we believe too much of the pre-negotiation jockeying for position is being played out in the press. We hope that once Article 50 is finally triggered, people on both sides will calm down a bit and conduct their discussions in private, where negotiations can be more nuanced and effective.

Although Scotland only held an independence referendum two years ago, the pro-independence First Minister of Scotland, Nicola Sturgeon, has always said she reserves the right to demand a second independence vote if there is a material change in circumstances.

One could argue that Brexit represents a fairly material change. But we feel another referendum would not be very helpful for Theresa May.

Certainly, we’d consider a vote in favour of independence for Scotland to significantly weaken the bargaining position of the United Kingdom as a whole.

Based on previous experience, we might expect the EU to fracture over the Brexit negotiations—possibly breaking into Federalist and non-Federalist factions. But with these independence calls, we’re seeing a fracturing on the UK side before the negotiations even begin.

Sturgeon’s move also raises the question about the future of Northern Ireland’s role within the United Kingdom; like Scotland, a majority in Northern Ireland voted to remain in the EU in last year’s referendum.

If the UK government does decide to grant approval for another Scottish independence vote, we’d hope the politicians have learnt from previous referendums and would demand a much higher threshold either of turnout or in margin of victory before the result becomes binding.

We think the political machinations behind both the renewed Independence Referendum campaign and the Brexit negotiations are likely to create uncertainty and volatility for the sterling and UK markets. We think too much attention will probably be given to minute details that may sound important but are not that important. That may open up opportunities for on-the-ball active investors.

In general, however, we’d expect investors to be looking towards traditionally defensive assets. Gilts and credits may benefit as investors look for more certainty in their portfolio given the uncertainty in other areas of the financial market.

We’d be very surprised if the Bank of England did anything other than maintain its current policy mix of allowing its quantitative easing program to play out and then remaining in wait-and-see mode.

All investments involve risks, including possible loss of principal. Bond prices generally move in the opposite direction of interest rates. Thus, as prices of bonds in an investment portfolio adjust to a rise in interest rates, the value of the portfolio may decline. Investments in foreign securities involve special risks including currency fluctuations, economic instability and political developments.