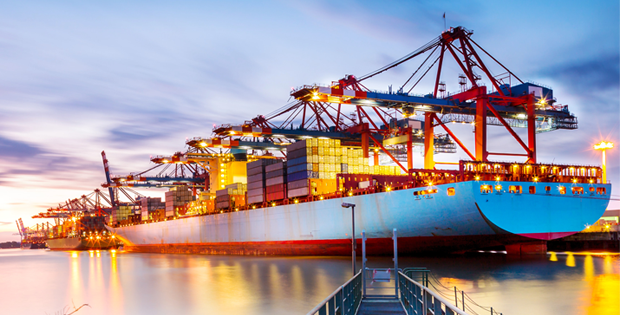 The new US administration’s two central economic goals are promoting growth and reviving domestic manufacturing. While there are many different aspects to the reform agenda, a lot of controversy has centered on the corporate tax reform plan favored by the House GOP, which aims at linking both of these objectives from the administration. It would, in theory, promote growth by lowering the corporate tax rate, and encourage domestic manufacturing by discouraging imports.

While there is little debate on the need to reduce the statutory corporate income tax rate, the introduction of an import-targeted “border adjustment” (BAT) to it, has been far more divisive. We would note that eventually some form of a BAT could come with a different name tag such as a “reciprocal tax.” Because a BAT would generate considerable revenues, it would help pay for substantially lower statutory rates, paving the way for an ambitious tax reform. Clearly, given its impact on exports and imports, the BAT could also have potentially broad implications for trade. Assuming that trade tensions would be kept under control, the greatest impact would likely come from the improvement in the business environment, which should spur investment and result in faster productivity growth and accelerating economic activity.

How the BAT Would Work

In the new corporate income tax envisaged in the GOP reform blueprint, the border adjustment would work as follows:

Overall, the reform would shift from a worldwide system to a territorial system, based on where consumption occurs rather than where production takes place; from a system that allows interest deduction to one that largely ignores financial flows; and from a tax on income toward a tax on consumption. While border adjustment would be a new feature for the US tax system, most other countries already have it in the form of a value added tax (VAT), a consumption tax that has a border adjustability component. In terms of its economic impact, the BAT would be equivalent to adopting a VAT while eliminating payroll taxes.

Reasons Why the BAT is Controversial

Impact on Exchange Rates and Prices

Economic theory tells us that a border-adjusted tax, such as a VAT, should have no long-term impact on trade flows. The trade balance by definition equals a country’s savings-investment balance. While a VAT, as a tax on consumption, would encourage savings, it would also encourage investment. The same argument applies to the BAT proposal. In theory, over the long term the net impact on the savings-investment balance will be neutral, and the exchange rate will appreciate so as to offset the extent to which the BAT would make imports less competitive (and exports more competitive). Over the long run, the US dollar (USD) exchange rate should appreciate to offset the competitiveness impact of the tax. In the short and medium term, however, the adjustment would likely be only partial; this partial exchange rate adjustment would result in an increase in the price of imported goods, with a temporary boost to inflation that we estimate could be around one percentage point.

Following the immediate price response, domestic production and trade patterns will adjust as firms respond to the new tax and competitive environment. While the benefit from a lower corporate statutory rate would be broadly shared, the BAT would have a differential impact across industries and sectors:

The actual impact on a firm’s bottom line will depend on many factors and will vary greatly within sectors. The exhibit below plots the net tax reduction as a share of industry gross output against the industry size for context, assuming a 20% BAT together with a 15% corporate tax reduction.1 In our analysis, the relatively small product categories of apparel, leather and allied products and textile mills and textile product mills are the big losers. Additionally, motor vehicles and parts dealers as well as computer and electronic products—both much larger product categories—are among the notable losers in terms of the immediate impact of the reform.2 On the other hand, sectors such as other transportation equipment (including aircraft) and chemicals would benefit. In other cases, the story is more nuanced: For example, oil and gas extraction firms benefit, while the producers of petroleum and coal products lose, echoing the tension between refiners and oil shale producers. As a momentous change in the US tax system, the tax reform would have an important longer-term macro impact. The overall fiscal reform has several positive attributes that would potentially improve the business environment, boosting productivity, competitiveness and growth:

While the US economy already stands poised for a cyclical recovery in investment, a successful corporate tax reform would go a long way in promoting the incentives for real investment over the long term. Since weak investment has been identified as a potential drag on productivity growth since the global financial crisis, this shift in incentives could have strong and long-lived benefits.

Implementing a BAT should bolster the competitiveness of US firms, eliminate the existing incentive to keep profits offshore, and raise the revenue needed to fund a substantial cut in the statutory corporate income tax rate (currently the highest in the Organisation for Economic Co-Operation and Development [OECD]). In addition, it would be equivalent to adopting a VAT, which most US trading partners already have—it would level the playing field. Trading partners, however, would likely appeal to the WTO and might launch retaliatory measures—though we believe the risk of all-out trade wars is limited.

We expect that the USD would appreciate, but not enough to fully offset the impact of the BAT on the competitiveness of imports and exports. As a consequence, higher import prices would impart a temporary boost to inflation, which we estimate to be about one percentage point; some US import-competing firms would have the chance to gain market share through import substitution, though the extent to which they succeed would also depend on investment and productivity gains; exporters would benefit, while importers, including large retailers and refineries, would suffer. However, assuming that trade tensions would be kept under control, we believe the policy adjustment would improve the overall business environment, drive investment, and accelerate economic activity.

For even more detail on this topic, read the full version of Global Macro Shifts, a research-based briefing on global economies featuring the analysis and views of Dr. Michael Hasenstab and senior members of Templeton Global Macro. Dr. Hasenstab and his team manage Templeton’s global bond strategies, including unconstrained fixed income, currency and global macro. This economic team, trained in some of the leading universities in the world, integrates global macroeconomic analysis with in-depth country research to help identify long-term imbalances that translate to investment opportunities.

All investments involve risks, including possible loss of principal. The value of investments can go down as well as up, and investors may not get back the full amount invested. Special risks are associated with foreign investing, including currency fluctuations, economic instability and political developments. Investments in emerging markets, of which frontier markets are a subset, involve heightened risks related to the same factors, in addition to those associated with these markets’ smaller size, lesser liquidity and lack of established legal, political, business and social frameworks to support securities markets. Because these frameworks are typically even less developed in frontier markets, as well as various factors including the increased potential for extreme price volatility, illiquidity, trade barriers and exchange controls, the risks associated with emerging markets are magnified in frontier markets. Bond prices generally move in the opposite direction of interest rates. Thus, as prices of bonds in an investment portfolio adjust to a rise in interest rates, the value of the portfolio may decline.

1. Of course, the actual net gain or loss across all sectors will depend on whether the GOP’s tax reform ends up being revenue neutral.

2. In a few sectors, such as apparel and autos, the estimated increase in tax liability (even after including corporate tax cuts) would represent a sizable fraction of overall profits.