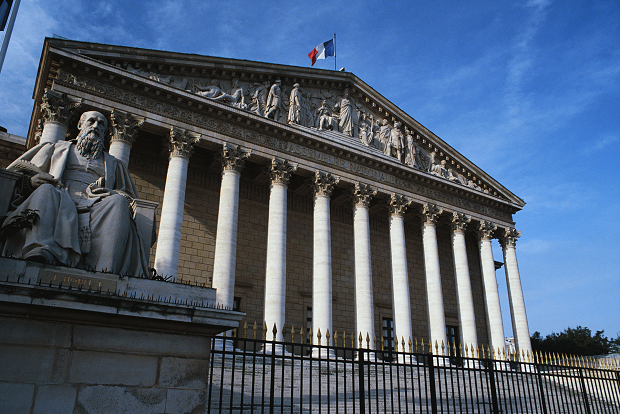 This post is also available in: French Italian German Polish

Sworn in on May 14, French President Emmanuel Macron vowed to loosen labour laws and cut both taxes and spending.

August 22 marked his 100th day in office, when many Europeans were returning from summer holidays.

It’s hard to gauge the president’s success on such a short timeframe, but Macron’s party’s rounding victory in June’s French parliamentary elections stands out as a highlight. In my view, nobody expected his Republic on the Move party, known as LREM, and its Democratic Movement allies to secure such a strong majority with 350 out of 577 seats.

Although polls have shown that Macron’s approval ratings have fallen since the election, I don’t see this drop as cause for concern. The ebbs and flows of popular polls are natural, in my opinion, following the giant wave of hope that swept Macron into office. That hope is now meeting the cold light of reality.

In my view, Macron has now the means to carry out the keystones of his reform agenda. Since the June elections, Macron and his government have been hard at work putting together proposals to reform the labour market, tighten the French budget and promote European Union (EU) cohesiveness.

I think it’s premature to judge Macron’s effectiveness before he presents his plan in September.

That said, I think Macron’s upcoming negotiations with France’s trade unions will be a true litmus test for his presidency. Unions in France have enjoyed extensive political power for a very long time, and are likely to kick off protests in September that will gain widespread media coverage and may unsettle some French voters.

If Macron is successful with labour reforms, I believe he will prove to be a leader that can get things done both in France and the broader EU. In particular, I think a victory on that front would establish his legitimacy with German Chancellor Angela Merkel.

I believe close cooperation between France’s Macron and Germany’s Merkel will be very positive for the future of the EU, particularly at a time when the Brexit negotiations are taking place. I see EU economies looking for stronger leadership, and both Germany and France could lead that effort.

I think real cooperation between France and Germany can be a key economic driver of the EU. It might be seen in the financial sector, in the defence sector, and in infrastructure, for example, which I believe would be beneficial to the economy and the stock market. There is momentum which is ready to start rolling once Macron has proved he is indeed the man who can deliver on the long-expected reforms of France’s labour market.

The media, like everybody else, is impatient to see Macron meet expectations. I have every reason to think he will. He has the backing of the parliament and he has the backing of the French people. I think Macron is very pro-European. I believe part of his initial measures to be presented during the next three months will be measures to promote a closer European unity. That said, Macron has first to earn his credibility.