Market-watchers have been eagerly awaiting the outcome of the multi-billion dollar tie-up of media giants AT&T and Time Warner. Franklin Equity Group’s Sara Araghi and Franklin Templeton Fixed Income Group’s Marc Kremer examine whether the recent court approval for the merger could open the floodgates to further deals and look in particular at the background to consider what could be next for investors in the media and entertainment arena.

In the United States, some observers expect the recent AT&T-Time Warner deal to be a watershed moment for merger & acquisition (M&A) activity, not only in the media and telecoms arena, but more broadly.

It was a complicated and controversial deal that had been referred to the courts by the US Department of Justice (DOJ). We reckon a lot of potential M&A activity may have been on hold as people waited to see how the authorities reacted to the anti-trust concerns that the merger presented.

For a more detailed discussion of the AT&T-Time Warner merger, tune in to our latest “Talking Markets” podcast.

A More Positive Backdrop for M&A

Of course, it’s hard to extrapolate too much across sectors and individual situations, but we’d expect the favourable court ruling in this case to open the door for more M&A and consolidation.

The approval of the deal and the fact there’s a Republican administration in Washington DC—generally considered to be more pro-business—might raise expectations of a wave of new deals.

After all, there are other factors at play: some companies seem ready to use the benefits of recent US tax reform—such as repatriation of foreign cash—to bolster their business positions when they can. So to the degree that this opens the door and gives them a little bit more certainty that a deal could get approved, we’d assume many of them might push ahead.

But we would offer a word of caution and note that the DOJ didn’t immediately approve the AT&T-Time Warner deal, but instead took it to court.

Furthermore, the judge who did approve the deal said that every vertical merger should be viewed on its own basis.

A vertical merger is a tie-up of two businesses in different parts of the supply chain. In this instance, AT&T is the distributor of content through its platforms, while Time Warner is a supplier of content.

Horizontal mergers, by contrast, are a coming together of businesses that largely fulfil the same function within a supply chain.

From a regulatory perspective, vertical mergers are considered harder to analyse than horizontal mergers and it’s by no means clear that the DOJ or the courts are going to be easier on deals going forward.

How Media and Entertainment Companies React to Disruption

The US$86 billion AT&T-Time Warner merger was a response to the growing disruption felt by traditional players in the media/telecom/entertainment space.

There’s scarcely a sector out there that isn’t labouring under the threat of disruption. But the impact on the media and entertainment industries, where high-profile internet companies have moved into the space and taken profit pools from the traditional players, is especially evident.

Crucially the phenomenon is not isolated in one country. Across the world, Netflix has taken viewership from traditional cable networks, while Google and social media companies like Facebook have taken digital advertising spend at the expense of TV broadcasters.

Significantly, this latest deal is an example of a vertical merger bringing together the distribution capabilities of AT&T with the content creation of Time Warner into an integrated business. In a similar move in the United States, Comcast has mounted a bid to buy Fox.

While this is a new development in the United States, internationally we’ve seen convergence happening for some time. Whether or not that generates higher returns in the future is yet to be determined. But at this point, we think there may be more of this kind of consolidation to come.

The Future for Pay TV

Just a few years ago the outlook for pay TV companies looked rosy. Cable companies were adding broadband and video subscribers. This success fed through to the content companies that took advantage of the growing revenue streams, from both subscriptions and advertising revenues.

But the situation has changed significantly. The growth of on-demand providers like Netflix and Amazon has created new viewing habits amongst customers.

Many customers no longer feel the need to buy a full package of cable TV or paid TV and have scaled back their subscriptions.

At the same time, we’ve seen the growth of alternative online providers such as Hulu, which means viewers no longer need cable TV anymore, just access to broadband.

The challenge now for traditional pay TV companies is to maintain whatever subscribers they can, to provide the best service they can to those subscribers, and also to try to find ways where they can add to their advertising revenues.

One of the advantages that some of the digital players like Facebook and Google have in disrupting the advertising market is that they have so much data about different customers that they can target advertisements to individuals.

As we’ve seen in recent news stories, that can provoke some questions about privacy. However, advertisers love the fact that they have so much data and they can customise advertising for individuals.

Cable TV companies also have some general data about customers, and they’ve tried some experiments with targeted advertisements, but it’s still really at the early stages of that.

This material reflects the analysis and opinions of the speakers as of June 21, 2018, and may differ from the opinions of Franklin Templeton Investments’ portfolio managers, investment teams or platforms. It is intended to be of general interest only and should not be construed as individual investment advice or a recommendation or solicitation to buy, sell or hold any security or to adopt any investment strategy. It does not constitute legal or tax advice.

The views expressed are those of the speakers and the comments, opinions and analyses are rendered as June 21, 2018, and may change without notice. The information provided in this material is not intended as a complete analysis of every material fact regarding any country, region, market, industry, security or strategy. Statements of fact are from sources considered reliable, but no representation or warranty is made as to their completeness or accuracy.

Companies named in this article may or may not be held by any investment vehicle advised by Franklin Equity Group or Franklin Templeton Fixed Income Group.

All investments involve risks, including possible loss of principal. The value of investments can go down as well as up, and investors may not get back the full amount invested. Stock prices fluctuate, sometimes rapidly and dramatically, due to factors affecting individual companies, particular industries or sectors, or general market conditions. Investing in a single sector involves special risks, including greater sensitivity to economic, political or regulatory developments impacting the sector.

Data from third party sources may have been used in the preparation of this material and FTI has not independently verified, validated or audited such data. FTI accepts no liability whatsoever for any loss arising from use of this information and reliance upon the comments opinions and analyses in the material is at the sole discretion of the user. 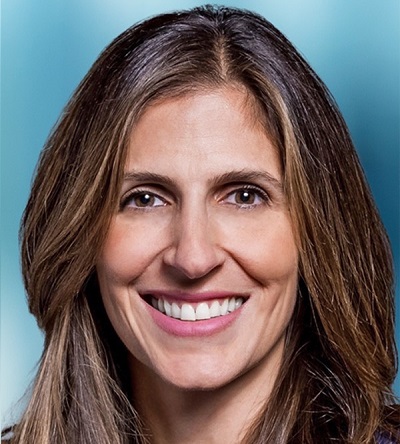