After ratcheting up trade tensions with China, the Trump administration has threatened tariffs on Mexico over illegal US border crossings. Our Head of Equities, Stephen Dover, explains why he thinks US-led trade tensions on both fronts are likely to drag out and gives his take on the potential impact on markets. 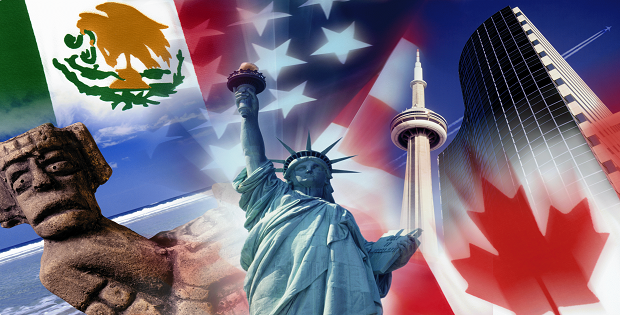 It has been said that economic expansions don’t die of old age—they get murdered, usually by inflation or by the US Federal Reserve’s (Fed’s) attempt to control them.

However, we think we may be entering an era where a “policy error,” in this case trade policy and tariffs, increases the likelihood of a recession and downward pressure on the markets. As I mentioned in a previous article, trade tensions between the United States and China escalated last month, creating volatility in global equity markets.

Now, US President Donald Trump has opened up trade tensions on a second front by threatening tariffs on Mexico over illegal border crossings.

A Bit of Background

On May 30, President Trump tweeted he would levy a 5% tariff on all Mexican goods by June 10 if Mexico doesn’t stop the flow of undocumented immigrants to the United States. In a later presidential statement, Trump said the tariffs would rise to 25% by October and stay at that level until Mexico acted. These actions link immigration and trade together.

While announcing these tariff threats, Trump took a different approach from past tariffs on other trading partners. The president invoked the International Emergency Economic Powers Act (IEEPA), which disallows both the North American Free Trade Agreement (NAFTA) and the World Trade Organization (WTO) to give any relief in this matter.

That said, there is a possibility that this tariff may not be implemented if (1) an agreement is reached at the summit on June 5 between Mexican Foreign Minister Ebrard with his US counterpart Mike Pompeo, (2) the US courts rule the tariffs illegal, or (3) by congressional action.

Potential Impact of Tariffs on the US

In 2018, the United States imported US$372 billion in goods from Mexico.1 At a 5% tariff rate, this would mean about US$19 billion in tariffs annually.

In our view, Trump’s tariff threat, if enacted, is likely to be particularly damaging to the US auto sector, which imported US$93 billion of cars or car parts from Mexico in 2018.2 After electrical machinery (US$64 billion), machinery (US$63 billion), mineral fuels (US$16 billion), and optical and medical instruments (US$15 billion) were the largest categories of US imports from Mexico last year.3

Potential Impact of Tariffs on Mexico

In our view, Trump’s potential tariffs could have a large impact on Mexico’s economy. Approximately 80% of the country’s exports go to the United States, and exports are 35% of Mexico’s gross domestic product (GDP).4

The weight of trade (exports plus imports) in the Mexican economy is more than 75%. The impact to Mexico would be felt on its current account, currency and thus on inflation, and Mexico would need to implement monetary easing to offset part of the impact.

We think inflation is more of an issue for Mexico than for the United States. Though if the trade war results in a larger headwind to US economic growth and is inflationary, we think there is the possibility of Fed rate cuts.

Why US-Led Trade Tensions May Linger

The IEEPA gives the US president total control to regulate commerce to address a national emergency brought on a by a foreign threat. In this regard, neither NAFTA nor the WTO provides any effective protection from an increase in tariffs. Even if Mexico files a grievance under either body, the dispute settlement mechanisms are long and drawn out and a negative filing does not force the US to remove the tariffs.5

In our view, the US tariffs on Mexico put the passage of the United States–Mexico–Canada Agreement (USMCA) in Congress and in Mexico and the current NAFTA agreement at risk. Trump has threatened to pull out of NAFTA if Congress doesn’t pass the USMCA. Effectively Trump pulled out of NAFTA by announcing the tariffs. If tariffs end up being raised and Mexico retaliates, NAFTA might be dead. USMCA must be ratified by the legislative bodies of all three countries—US, Mexico and Canada. The Mexican Senate would probably not ratify a treaty while the US is putting tariffs on Mexico.

We think both the China and Mexico trade wars could be long-drawn affairs, as both fronts (jobs/immigration) cater to President Trump’s voter base, and the president has bipartisan support for action against China.

It’s also possible we will see further trade flare-ups in the future, leading to bouts of market volatility, as tariffs seem to have become a more frequent US policy tool.

Despite uncertainty over trade tensions, we believe there are still several reasons to continue investing in global equities as corporate and economic fundamentals are generally holding strong. We view market volatility as a buying opportunity because we take a long-term view as investors.

All investments involve risks, including the possible loss of principal. The value of investments can go down as well as up, and investors may not get back the full amount invested. Stock prices fluctuate, sometimes rapidly and dramatically, due to factors affecting individual companies, particular industries or sectors, or general market conditions. Special risks are associated with foreign investing, including currency fluctuations, economic instability and political developments. Investments in emerging markets involve heightened risks related to the same factors, in addition to those associated with these markets’ smaller size and lesser liquidity. Investments in fast-growing industries like the technology sector (which historically has been volatile) could result in increased price fluctuation, especially over the short term, due to the rapid pace of product change and development and changes in government regulation of companies emphasizing scientific or technological advancement or regulatory approval for new drugs and medical instruments.