Christine Lagarde may have emerged as a surprise candidate to take the helm of the European Central Bank (ECB), but David Zahn, our Head of European Fixed Income, sees it as a positive choice. Here he explains why both her experience, and lack of it, could prove positive if she does secure the job. And he shares his conviction that, whoever is in charge, the ECB is likely to remain steadfast on its easing path. 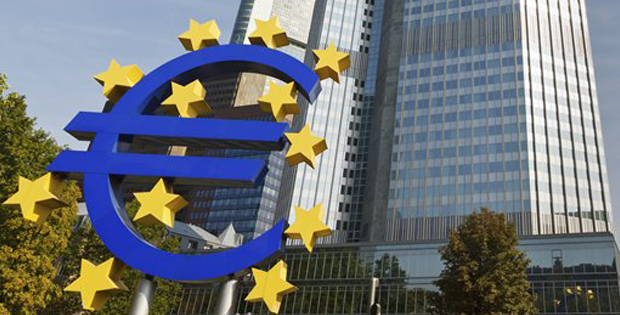 The nomination of Christine Lagarde for the role of president of the European Central Bank (ECB) has raised a few eyebrows. But we think that, if ratified, it should prove a popular appointment for markets.

Lagarde, a former French finance minister and currently chair of the International Monetary Fund, has a good profile and crucially, she understands European Union (EU) politics. She’s a strong communicator and as a seasoned politician has a track record of bringing disparate parties together.

Like US Federal Reserve Chair Jerome Powell, Lagarde is not an economist, so if she is confirmed in the post, the heads of two of the world’s largest central banks would have little monetary policy experience.

We don’t see that as a concern. Indeed, without the preconceived notions of an economist, Lagarde may bring some creative new easing ideas.

Our analysis suggests that whoever is in charge, the ECB is likely to remain steadfast on its easing path. Draghi’s recent speech at Sintra in Portugal revealed a subtle but important pivot, just weeks after the bank’s June policy meeting.

Essentially, policymakers are admitting the 5-year, 5-year (5yr-5yr) forward inflation index—a measure of the market’s inflation expectation for five years, five years from today—has been declining more rapidly than the governing council members would like.

The index has rebounded a little since the speech, but it’s still at a lower level than when the ECB embarked on quantitative easing (QE) back in March 2015.

In our view, this means the bank has to respond. The ECB is an inflation-targeting central bank. At just 1.6%, the bank’s own inflation forecasts for 2021 are still quite shy of their 2% target. So, it will have to create some more accommodation.

We think there are a number of approaches the ECB could consider:

Cutting interest rates further: We would only expect a small cut, so it would be unlikely to make a difference. But it would show the central bank is serious.

Introduce tiering: If it cuts interest rates, we’d expect the ECB also to introduce tiering—effectively lowering the charges that banks pay on some of their excess cash—to help the banking system. However, the introduction of tiering would signal to the market that rates will likely remain low for an extended period of time. If it were going to cut rates for the short term (with the expectation of hiking them again in six months or a year) it likely wouldn’t go to the bother of introducing tiering.

Restart QE: We think the bank will likely restart its asset-purchase programme this year or next year. We’d expect it to focus on buying assets in both the corporate and government space.

And, of course, if Lagarde is confirmed as the new ECB president, she may bring some more creative easing operations to the table.

The Search for Yield Intensifies

Our conclusion is that whoever inherits the reins of the ECB, interest rates are likely to remain low in Europe for a long time. That intensifies the search for yield, pushing out the yield curve. We’d expect to see yield curves flattening quite considerably across Europe.

This should also likely be very supportive for peripheral bonds because yields can be brought down to a place where they can issue them at quite attractive levels.

At the moment, Italian government bonds are among the highest-yielding assets in the sovereign space in Europe.

Monetary policy in Europe more skewed towards easing should also be positive for the region’s high-yield and investment-grade corporate debt. In addition, we think it could be supportive for global growth because the ECB is creating more liquidity.