Even the most dedicated news-junkie may struggle to keep up with the pace of political shenanigans in Europe in recent weeks. Two countries in which the news has been especially fast-moving are Italy and the United Kingdom. Our Head of European Fixed Income David Zahn notes some peculiar similarities in the way events have unfolded. 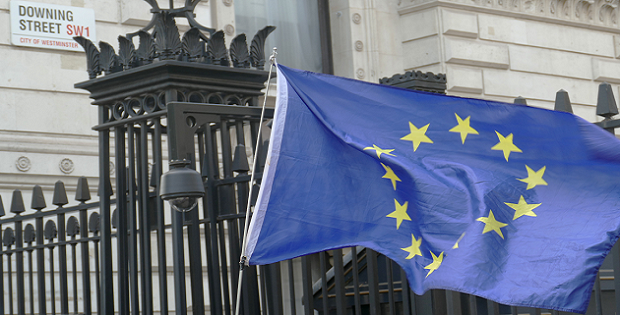 If we’ve learnt one thing in the past three years, it’s that trying to predict European political developments is a mug’s game.

As predictably unpredictable as the whole Brexit debacle has become, the political rollercoaster ride that Italy has been on has been as unlikely—and as extreme.

Italy’s experience in recent weeks has been a cautionary tale of unexpected consequences that we think could have resonance elsewhere in Europe—not least in the United Kingdom.

Lega is riding high in opinion polls in Italy, and Salvini seems to have figured that his resignation would precipitate an election in which he would win a majority and sweep to power.

Salvini hadn’t taken into account the possibility that Five Star could form another coalition with enough parliamentary seats to form a government. But that’s exactly what it did.

Five Star and the centre-left Democratic Party (PD) have joined forces in a move that markets seem to have welcomed.

In particular, the inclusion of a more traditionally centralist party (PD) has been very positive for Italian bonds since the new government formed.

Salvini is left out in the cold, outside government and powerless for now.

There’s a peculiar parallel in the United Kingdom where Prime Minister Boris Johnson seems to be enjoying a bump in the opinion polls. However, without the agreement of opposition members of parliament, he is unable to call an election to realise that apparent lead.

In recent days, a coalition of opposition members of parliament and disaffected members of Johnson’s own Conservative Party took control of UK parliamentary proceedings. They enacted legislation that they hope will prevent the United Kingdom leaving the European Union without a deal.

Johnson and his pro-Brexit supporters were furious, but markets reacted positively.

No Respite from No-Deal

Despite the headlines, the backroom agreements and the all-night parliamentary sittings, a no-deal Brexit is still very much on the table, in our view.

The so-called “Rebel Alliance” legislation aims to push out Brexit until January 31, 2020, to give more time to negotiate a deal. But if there’s been no further progress, no-deal would be back on the agenda.

Furthermore, the legislation requires the UK prime minister to seek an extension if no deal is apparent by mid-October. Europe has to approve the extension. Several governments are reportedly questioning the value in further delays if the UK government is not prepared to bring new proposals to the negotiations.

We think Europe probably will grant an extension if it’s requested, but it’s possible it might not.

In our view, what markets are really craving is certainty.

UK growth continues to slow, which we think is largely because of uncertainty. Businesses want Brexit decided one way or the other.

Delay is creating a paralysis that is getting worse as people postpone big investments until they know what is happening.

The last few days could be a major inflection point for the UK, but perhaps not in the way some observers have predicted.

It seems clear that there will be a general election in the United Kingdom within the coming months.

Under Boris Johnson, the Conservative Party is changing. It’s not only morphing into an explicitly eurosceptic party but is reconsidering its fiscal policy by ending its austerity approach.

The main opposition Labour Party is also pledging an end to austerity.

So, in a sense, it doesn’t matter which party emerges triumphant from any election—they are all pledging to spend more money.

That means gilt yields should rise once we’re through this period of uncertainty. Of course, that uncertainty could still last well into next year.