As widely expected, the Conservative Party emerged victorious in the UK general election. Our Colin Morton anticipates UK equity markets will welcome the outcome, but cautions that some uncertainties remain. 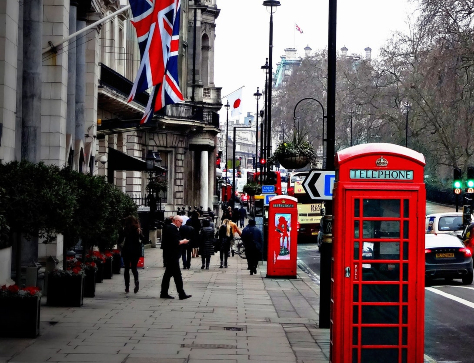 A Conservative victory in the UK general election would seem to be the easiest result for equity markets to digest.

Still, our experience during past election periods is that markets tend to over-react in the immediate aftermath of a given result. We’re hoping that sort of knee-jerk reaction will allow us to identify some potential opportunities over the coming weeks.

The market hates uncertainty, and the general consensus among observers is that the Conservative victory will preserve the status quo. We’re not expecting any increase in income tax or value-added tax, and corporate taxes should remain stable. In light of this result, we would anticipate a likely rally in the pound. We think domestic UK stocks will likely do better than UK-listed international names, as sterling strength tends to weigh on export-oriented multinational companies.

Incidentally, that’s the trend we’ve seen since Prime Minister Boris Johnson unexpectedly agreed the withdrawal deal with the European Union (EU) back in October: an outperformance of the more domestically oriented stocks.

This latest election result still presents some uncertainty around the Brexit resolution. However, in large part investors seem to have a better understanding of the implications of a Tory win, versus a Labour victory or another hung parliament.

Prior to the election, Johnson promised he’d successfully conclude the free-trade negotiations with the EU before the end of the year.

Most people, including us, are sceptical that he can deliver on that.

Some observers believe a strong Conservative majority could lead Johnson to play hardball with the EU as his government negotiates a trade deal. In that regard, a no-deal Brexit remains on the table, a likely shadow on the market’s medium-term outlook.

However, our view is that Johnson’s election campaign has centred on the withdrawal deal he negotiated, so it would be hard for him then to finally submit to no-deal at the end of the year.

There is a counterargument to those predicting his strong majority could presage a no-deal Brexit: his strong numbers in Parliament mean he is no longer reliant on support from those with more extreme views. He may be able to seek a deadline extension without suffering too much damage to his political capital.

The UK domestic economy appears to be in pretty good shape: interest rates are very low, average earnings are rising at 3.5% and inflation stands at 1.5%. A rallying pound could exert downward pressure on inflation.

We do, however, expect government spending to grow at a faster rate than it has for several years, which could provide a boost to the UK domestic economy.

In an environment of higher fiscal spending, financial stocks could do quite well. Financials is quite a volatile sector and tends to be impacted negatively when people are bearish about equities generally.

By contrast, we think that as the pound rallies and people are more optimistic, they may be less keen on defensive names and we could see these types of companies underperform.

According to our analysis, many investors have been what we’d consider to be underweight UK equities in light of the political uncertainty. This election result might prompt a reversion to a more neutral position, and we could potentially see substantial flows coming into UK equities from both international and domestic investors.

Even though a rallying pound is likely to put some pressure on overseas earners, at the same time, we think a proportion of the potential assets coming back into the UK market could find its way into FTSE 100 Index companies because of the liquidity that index has historically offered.1

Of course, UK investors can’t overlook what’s going on internationally. Around two-thirds of UK earnings come from overseas, so international political machinations can have a significant impact on the UK market overall.

The recent escalation of trade tension—not just between the United States and China but also encompassing other countries—is causing lots of uncertainty.

Ahead of the UK election result, we knew that there would be a knee-jerk market reaction, whatever the outcome.

Remember, markets over-reacted in the aftermath of the EU referendum in 2016 and the market selloff then resulted in quite a few investment opportunities.

Within a few days of the Brexit vote, we saw a chance to buy housebuilding stocks that had suffered badly because of an expectation that the UK economy would grind to a halt. We didn’t know precisely what would happen, but we felt that the UK housebuilders were already undervalued and saw this event as an opportunity to buy.

With the Conservative victory, we’d again consider using a knee-jerk reaction as an opportunity to optimise our portfolios.

For example, we think housebuilders could rally sharply, on top of the recent rebound we saw in the months leading up to the election.

Many housebuilders have net cash and pay an attractive dividend, but a boost in UK domestic stocks could push prices up to a level where we might consider selling at attractive levels.

Throughout the political uncertainty that’s dominated UK equity investing discourse since June 2016, we have tried to take a “Brexit-neutral” approach with our UK equity portfolios.

We expect this latest election result to prompt some dislocation in UK equity markets, but over the coming weeks, we will remain primed and ready to identify potential opportunities that may surface as a result.

Data from third-party sources may have been used in the preparation of this material and Franklin Templeton (“FT”) has not independently verified, validated or audited such data. FT accepts no liability whatsoever for any loss arising from use of this information, and reliance upon the comments, opinions and analyses in the material is at the sole discretion of the user. Products, services and information may not be available in all jurisdictions and are offered by FT affiliates and/or their distributors as local laws and regulations permit. Please consult your own professional adviser for further information on availability of products and services in your jurisdiction.