Newly appointed UK Chancellor of the Exchequer Rishi Sunak tore up the fiscal rulebook and unveiled a spend-heavy UK budget, announced just after the Bank of England delivered an emergency interest-rate cut. Our David Zahn, Head of European Fixed Income, weighs in, noting that the UK government is one of the first to provide a coordinated fiscal and monetary policy response to battle the economic impact of the coronavirus. 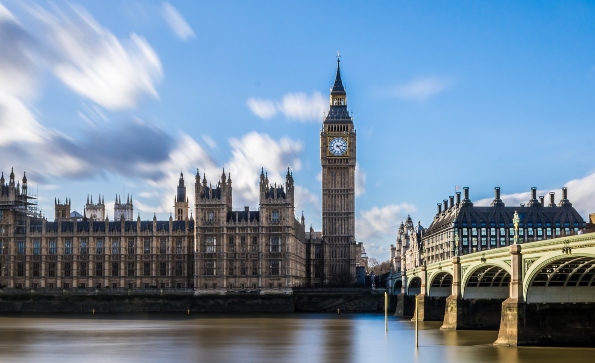 This post is also available in: Chinese (Simplified) French

It appears UK policymakers will do whatever it takes to battle the economic impacts of the coronavirus, unveiling the biggest fiscal stimulus in decades combined with monetary policy easing, both announced on the same day.

The first UK budget from Prime Minister Boris Johnson’s government revealed much more of a fiscal expansion than what we’ve come to expect in the past, unveiling a £30 billion spending package with special funds earmarked to mitigate the impacts of the coronavirus on the economy.

Rishi Sunak, who was only appointed chancellor last month, has torn up the fiscal rulebook that his predecessor Sajid Javid agreed to with Johnson. This included pledges to use revenues to cover day-to-day expenditure, lower public debt and limit public sector net investment to 3% of gross domestic product (GDP).

In our view, now seems like the right time to move away from a balanced budget. The United Kingdom is one of the first few governments to have the opportunity to give a fiscal response to Covid-19. Given the current uncertainty, ongoing Brexit negotiations with the European Union (EU) and where sovereign yield levels are at the moment (some being in negative territory), we think markets will be much more open to the spending programme than perhaps they would be in different circumstances.

That said, we’ve seen a coordinated approach by the UK government and the Bank of England (BOE), in the hope that simultaneous monetary and fiscal easing could make a greater impact on supporting the economy through the Covid-19 coronavirus. On the morning of the UK Budget announcement (11 March), the BOE made an emergency interest-rate cut of 50 basis points—putting the target rate at 0.25%—and announced a lending scheme for small- and medium-sized enterprises (SMEs).

Bond markets should like this combined policy approach, and rallied on the back of this BOE move. In our view, this demonstrates that the BOE is ready to act, and will likely be creative in its approach. We anticipate easy monetary policy in the United Kingdom will be with us for the foreseeable future. With incoming BOE Governor Andrew Bailey set to lead the next monetary policy meeting on 26 March, we’ll keep our eyes peeled for any further monetary easing.

A Look at the Budget and Sunak’s Plans for Prosperity

The Conservative Party’s majority win in December 2019 means that Sunak’s focus on infrastructure spending hasn’t come as too much of a surprise, with more than £600 billion in the budget earmarked for spending on roads, railways, broadband and housing by mid-2025. The largest infrastructure spend in decades comes after the Tories had a sweeping victory in the Labour Party’s traditional heartlands and Johnson pledged to “level up” the north and other regions to revitalise economic growth. The added investment in science and technology is something that may have been influenced by Johnson’s chief adviser, Dominic Cummings, who’s been passionate about a substantial increase in spending to raise both public and private-sector research and development (R&D). This cash boost fits in line with the government’s plans to double R&D public spending by 2025.

The green agenda to address climate change is another area we think could impact the UK economy in the long run; there’s £640 million designated in a “nature for climate fund” as well as funds to address flooding, along with a tax on plastic packaging.

Last but not least, additional funding for the National Health Service (NHS) was mostly expected. Given how the NHS wasn’t as prepared as it should have been for the Covid-19 outbreak, the boost should help in the health service’s infrastructure. Sunak has said he’s keen to show the United Kingdom will not let public finance rules stand in the way of providing health care in the face of a crisis.

As expected, the budget looks very different than what many observers thought it would look like. New Chancellor Sunak has put his own mark on the budget, and has committed to a spending programme that should align with Boris Johnson’s plans to “level up” the United Kingdom and invest in underperforming parts of the country.

The views expressed are those of the investment manager and the comments, opinions and analyses are rendered as of publication date (or specific date in some cases) and may change without notice. The information provided in this material is not intended as a complete analysis of every material fact regarding any country, region or market.

Products, services and information may not be available in all jurisdictions and are offered outside the U.S. by other FT affiliates and/or their distributors as local laws and regulation permits. Please consult your own professional adviser or Franklin Templeton institutional contact for further information on availability of products and services in your jurisdiction.

All investments involve risks, including possible loss of principal.  The value of investments can go down as well as up, and investors may not get back the full amount invested. Bond prices generally move in the opposite direction of interest rates. Thus, as prices of bonds in an investment portfolio adjust to a rise in interest rates, the value of the portfolio may decline. Investments in foreign securities involve special risks including currency fluctuations, economic instability and political developments.